If you suffer from acid reflux at night, you may get relief in an unexpected way: by sleeping on a specially designed pillow. The pillow — what the manufacturer calls a sleep positioning device —may help eliminate the need for acid-reducing medications or, potentially, surgeries.

Doctors have known for a while that sleeping with your head elevated decreases the symptoms of gastroesophageal reflux disease (GERD). But wedge-shaped pillows can be uncomfortable and don’t always keep you in an upright position all night. A few years ago, a doctor at Cleveland Clinic took a different approach. He conducted a study to see if sleeping on the left side, as opposed to the right, would reduce the symptoms of GERD.

“What he found was that lying on the left side separates food and acid from the valve, which means less acid will back up into the esophagus,” says gastroenterologist Scott Gabbard, MD.

But anyone who falls asleep on their left side and wakes up on their right side knows it’s not always possible to stay on one side through the night.

A body pillow for acid reflux

Meanwhile, an engineer at Amenity Health, a medical device company in California, designed a body pillow intended to keep a person laying on their left side with their head elevated. More than a pillow, it’s technically called an incline wedge lateral body positioner.

But would it keep people comfortable throughout the night?

The Medical University of South Carolina (MUSC) conducted a study on healthy volunteers to see if the pillow would decrease the amount of overnight reflux. Researchers also wanted to see if it would keep people on their left sides all night. It did, on both counts.

“After the MUSC study, Cleveland Clinic approached Amenity Health and asked if we could test the pillow on patients with GERD,” says Dr. Gabbard.

Researchers at Cleveland Clinic, led by Dr. Gabbard, focused on GERD patients who had symptoms despite taking medications. Study participants slept on the pillow every night for two weeks. Those involved answered questions about their symptoms both before and after the study.

“Based on their own reports, the participants showed a significant improvement in symptoms of heartburn and regurgitation,” Dr. Gabbard says.

“They also reported sleeping better and not being as irritable or tired the next day. We even had some who were considering surgery before trying the pillow and have now been able to avoid it, at least in the short term. We don’t yet know the long-term effects.”

The MedCline® body pillow is now available to the public.

Researchers continue to study the use of the body pillow for people with heartburn and regurgitation. They also plan to study whether or not use of the pillow will decrease the need for patients to take acid-reducing medications (proton pump inhibitors).

“Even though proton pump inhibitors don’t have a lot of side effects, they do have some potentially long-term effects,” says Dr. Gabbard. “Any time we can find an alternative to medications, that’s a good thing.”

Cleveland Clinic researchers are also studying the pillow’s use in patients undergoing lung transplant, in whom GERD can lead to organ rejection. “We have recently found that use of this decreases reflux in that population and are studying the effect on survival,” says Dr. Gabbard.

Disclosure: Neither Cleveland Clinic nor Dr. Gabbard has a financial relationship with Amenity Health. Why Does Your Heartburn Always Seem Worse at Night?

Have Heartburn? Here’s How To Find Relief for Your Acid Reflux

Why Does Heartburn Get Worse as You Age?

What’s the Difference Between Heartburn, Acid Reflux and GERD?

Is Your Acid Reflux Really Achalasia?

7 Strange Things Stress Can Do to Your Body 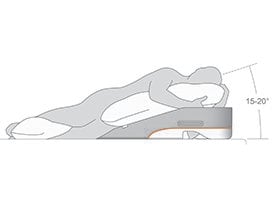 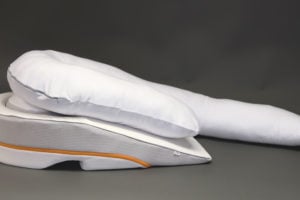 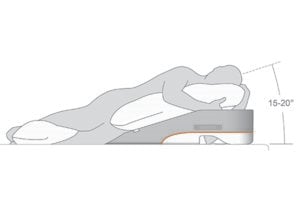 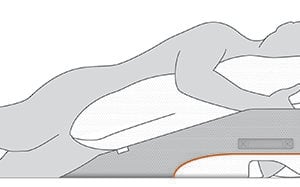 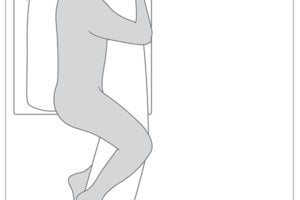 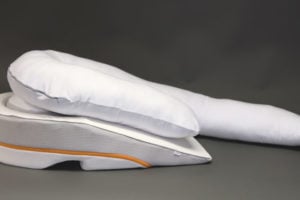 Can a Specially Designed Body Pillow Prevent Your Acid Reflux?

If you suffer from acid reflux at night, you may get relief in an unexpected way: by sleeping on a specially designed pillow.