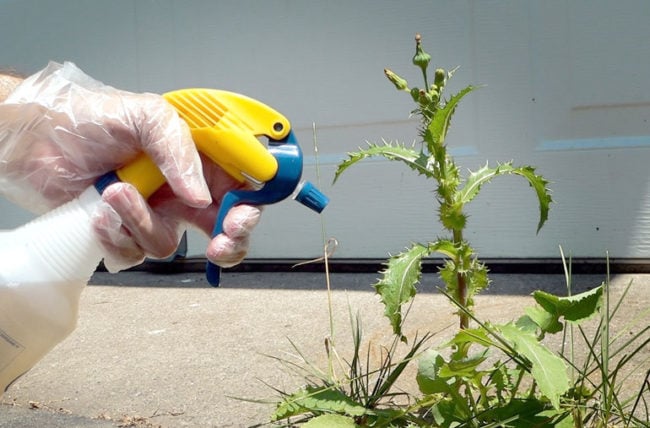 What’s the cost of a lush, weed-free lawn? If you’re using herbicides, you may worry whether the price could be your health.

But can the chemicals that make weeds wither and die cause you any harm? As it turns out, that’s a controversial and much-debated question.

Let’s try to weed out fact from fiction on the topic with oncologist Dale Shepard, MD, PhD.

Can weed killer cause cancer?

When it comes to weed killers and your health, much of the focus is on a chemical known as glyphosate. It has been available for weed control since 1974 and can be found in hundreds of herbicides on the market today.

Now for the debate.

Scientists with the U.S. Environmental Protection Agency (EPA) say glyphosate poses no health concerns to children or adults if used as directed. The EPA also emphasizes there’s “no evidence that glyphosate causes cancer in humans.”

That’s an assessment shared by the European Food Safety Authority and an expert ad hoc body administered by the Food and Agriculture Organization of the United Nations and the World Health Organization (WHO).

But not everyone agrees with that stance.

Some organizations and researchers believe there’s a link between exposure to glyphosate and cancer, specifically non-Hodgkin lymphoma. In 2015, the International Agency for Research on Cancer (IARC) identified glyphosate as being probably carcinogenic.

The IARC’s classification brought the issue into courtrooms with tens of thousands of lawsuits and an eventual agreement by an agrochemical maker to pay $10 billion to settle claims.

So, is one of the world’s most widely used weed killers dangerous? Maybe yes, maybe no.

Should you be concerned?

People who don’t use glyphosate-based herbicides very often or at all probably don’t have much to worry about. Researchers say that low concentrations of glyphosate in products for at-home use make the risk of toxic exposure minimal.

Yet there’s also a belief that landscapers, groundskeepers and farmers who frequently use the product in large and more concentrated doses might be at higher risk.

One last point, too: Research shows that detectable traces of glyphosate are becoming increasingly common in human urine samples. A 2022 report by the Centers for Disease Control and Prevention (CDC) found the chemical in more than 80% of 2,310 urine samples.

But what that means for your health remains unknown.

So, what can you do to stay as safe as possible if you’re using a chemical weed killer? For starters, follow these precautions:

Another option, of course, is to simply stop using chemical weed killers to minimize your chance of exposure. Explore other alternatives to eliminate weeds, including:

How Environmental Toxins Can Impact Your Health

Trying To Avoid Germs? Regular Soap and Water Will Get the Job Done

Does Sunscreen Ever Expire? 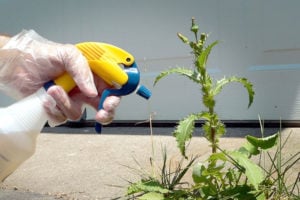 Is There a Connection Between Weed Killer and Cancer?

Does using a chemical weed killer put your health at risk? It depends on who you ask, as research on the controversial topic is mixed. An oncologist shares thoughts on this hot debate.