You want your child to have the best start in school. But you may wonder how to tell when the time is right to make that start.

Requirements for kindergarten entrance age have changed over the last 40 years. In 1975, only nine states required that a child be age 5 before enrolling. By 2010, 37 states had this requirement, and more are following suit. Now, more parents even consider waiting until a child is 6 before starting kindergarten.

But, chronological age isn’t the only factor that determines whether a child is kindergarten ready. Family medicine practitioner Eric Boose, MD, says parents should consider many social and physical factors.

How to assess kindergarten readiness

Overall, most schools help with assessment when you register your child.

“A child might be able to do some things but not others,” says Dr. Boose. “They must have certain fine motor skills, like cutting with scissors and holding a pencil to write their name.”

They should be able to sit still, pay attention, and interact with peers. If your child exhibits the following additional signs of readiness, they are likely prepared for kindergarten:

What if your child starts too soon?

Although it’s rare for a child who’s not ready for kindergarten to pass the screening process, it can happen.

In these instances, Dr. Boose says, many schools offer additional tutoring to help the child catch up to classmates. The extra instruction provides repetition and often helps a child side-step repeating kindergarten.

Is it ever a good idea to hold your child back?

Boys develop social skills later, and they may not show interest in focusing or learning letters. Another year before kindergarten could benefit them.

Parents concerned about sports performance sometimes opt to delay, hoping an extra year will give their child a boost in physical size and coordination. Those benefits can translate into increased playing time and skill development.

“If you put a boy in as the youngest in his class, he might develop physically on time for his age, but he still might be behind everyone else,” says Dr. Boose. “He could be the smallest kid on the team until he catches up.”

Overall, he says, social and academic abilities even out around third grade for all children. The sports benefit doesn’t appear with academics because everyone receives equal instruction, and existing research shows children entering kindergarten later aren’t more likely to graduate or earn higher degrees.

Don’t delay for the wrong reasons

Deciding when to enroll a child is an individual decision, and parents should make the choice in their child’s best interest.

For example, all-day kindergarten might benefit working parents, but they should only pursue it if the child is ready. Basing the decision solely on saving the cost of daycare should also be avoided, he says.

Parents should also avoid holding their child back out of hyper-competitiveness. Some opt to delay, hoping the child will have more athletic or academic success than his or her peers. But be aware that the added maturation year takes away a year in the workforce later on, reducing earning potential.

Enrolling a child at age 6 could also place him or her in a classroom with younger, less mature children who started kindergarten “on time.” The developmental differences could hinder an older child’s learning.

Ultimately, Dr. Boose says, parents must decide what they feel is best for their child.

“It all boils down to knowing your child. Every child in a family is different. Trust your gut, and if you feel they aren’t ready, there’s no harm in holding them back,” he says. “It can be a gift for some kids to have an extra year of maturing in preschool or pre-K.”​

Ways to Help Your Child Make Friends in School

The Benefits of Reading to Babies 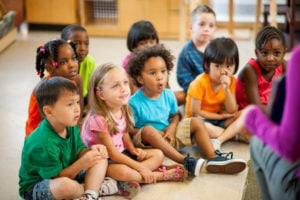 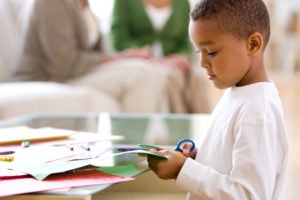 Is Your Child Ready to Start Kindergarten?

Kindergarten enrollment age is rising, but benefits of academic red-shirting are debatable. Concerns about sports, developmental skills and social maturity factor in, but parents should consider carefully before deciding to delay registration to age 6.