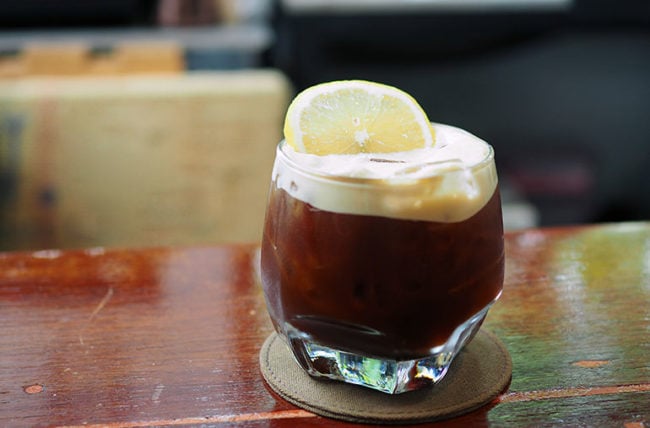 A magic potion that melts away pounds? Everyone wants one, right? Well, there’s a touted miracle concoction making the rounds at the moment thanks to the armchair wellness experts on TikTok.

Adding lemon juice to a cup of coffee is percolating as a weight-loss remedy. All you need to do is sip the mixture and watch those unwanted pounds disappear!

The concept is generating quite the buzz on the social media platform … and not just from the caffeine in the cup of joe. Videos of the dieting remedy have received tens of millions of views (and counting).

So, is adding lemon to coffee the secret to slimming down? Let’s find out from registered dietitian Beth Czerwony, RD.

What is lemon coffee?

The simple description of this drink — coffee with lemon — serves as the ingredient list, too. The most common mixture seems to be the juice from half a lemon squeezed into a standard cup of black coffee.

The taste falls somewhat short of yummy, which may explain why a steaming cup of “lemon coffee” isn’t featured on menu boards at local cafes.

Don’t try adding lemon juice to a latte, either, unless you’re into curdled milk. (Blech!)

Sweetened iced coffee, however, does have a culinary connection with lemons in some cultures. For instance, a drink called mazagran originated in Algeria almost two centuries ago and remains popular in Portugal.

Are the weight-loss claims true?

The answer to this is easy: No. Lemons do not have special fat-burning qualities, explains Czerwony. A squeeze of the fruit’s pucker-inducing juice won’t help you squeeze into a smaller pair of jeans.

“That mechanism of action is just not there,” says Czerwony. “There is nothing in lemon juice that is going to burn fat or a chemical connection to make that happen. Sorry to say, it’s not that easy.”

So how did this lemon-in-coffee weight-loss hack come to be? It’s most likely due to similar lemon-in-water claims.

Drinking a glass of H2O with a lemon slice is often cited as a helpful way to drop pounds. It’s not because of any mystic properties possessed by lemons, though. It’s more a product of the water filling your stomach without any calories.

“The water keeps you fuller, which works to keep down hunger cues that make you want to eat,” explains Czerwony.

Coffee brings a similar appetite-suppressing benefit, while also revving up your metabolism with a kick of caffeine. But healthy diet plans aren’t built around guzzling coffee — with or without lemon, says Czerwony.

Are there benefits to adding lemon to coffee?

Lemons do have some nice nutritional qualities. Like many citrus fruits, lemons serve as a solid source of vitamin C. The citric acid in lemons may also help with digestion and decrease the likelihood of kidney stones. Plus, lemons offer a certain zing on the taste front.

“Lemons are a perfectly fine fruit,” notes Czerwony. “They’re just not magic when it comes to weight loss.”

The risks of adding lemon to coffee

Lemon juice may sometimes cause heartburn, given its high levels of citric acid, especially if you have a history of acid reflux. That acid can also be rough on tooth enamel over time and with high enough volumes.

But the biggest risk to adding lemon to java? “You’re probably going to ruin a good cup of coffee,” says Czerwony.

So, is lemon coffee worth trying?

People are always looking for that “one thing” that’ll make a difference when it comes to the number on the scale, says Czerwony. Chia seeds grabbed attention for a bit. Ditto for apple cider vinegar and grapefruit.

“I understand why these weight-loss fads become popular,” says Czerwony. “They’re based on products that are natural and in our kitchens and have some health benefits. They seem like they could work.

“But if these things were tried and true, everybody would have been doing them for a long time and been successful. The truth is there are no quick fixes when it comes to weight loss.”

As for adding lemon to coffee to get a better figure? “It’s not something I’d recommend,” says Czerwony. “So unless you just like the taste for some reason, I’d stay away from this TikTok trend.” 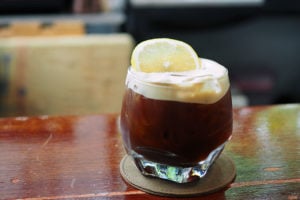 Could squeezing lemon juice into your coffee help you squeeze into a smaller size of jeans? A registered dietitian has your answer.