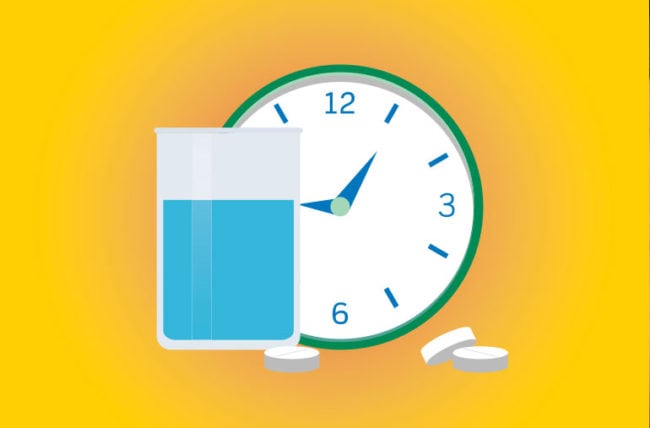 For many years, you might have assumed that taking a low dose of daily aspirin was a good way to prevent strokes or heart attacks or protect heart health.

Over time, however, multiple studies showed that this habit could cause serious complications, including an increased internal bleeding risk.

These risks are now being acknowledged in new recommendations about who should (and shouldn’t) take daily aspirin.

What are the daily aspirin guidelines?

These guidelines were released in fall 2021 by the U.S. Preventive Services Task Force, a group of prevention-focused medical experts. In a nutshell, don’t start taking a low dose of daily aspirin (sometimes referred to as baby aspirin) if:

“We have known for probably a decade that most people who have never had a heart-related event should not take aspirin for prevention, says cardiologist Steven Nissen, MD, Chief Academic Officer, Sydell and Arnold Miller Family Heart, Vascular & Thoracic Institute. “These new guidelines are coming a little bit closer to what everybody else has recommended for a very long time.”

Indeed, these new guidelines aren’t coming out of nowhere. Doctors had previously started to be much more cautious about recommending daily aspirin as a preventive treatment.

In 2019, the American College of Cardiology/American Heart Association (ACC/AHA) also released their own revised guidelines. At that time, they recommended aspirin not be routinely used for heart disease prevention in adults of any age with increased bleeding risk, or in adults over age 70.

Is it safe to take aspirin daily?

Only in certain cases — say, if you have pre-existing heart disease or are at high risk for developing a heart-related problem — and only after you’ve talked to your doctor, says Dr. Nissen.

“Most people should not take aspirin because the bleeding risks pretty much counterbalance any benefit on heart attack or stroke,” he notes. “And the bleeding can be in the gastrointestinal tract or, even more seriously, bleeding can occur into the brain.”

The new U.S. Preventive Services Task Force guidance also recommends people between ages 40 and 59 with no previous heart issues should talk to their doctor about whether taking a daily aspirin is right for them.

However, Dr. Nissen stresses that age isn’t the best gauge for determining aspirin use.

Instead, it’s much more important to take into account whether you’ve had a heart attack or stroke in the past, or if you have pre-existing heart issues, such as coronary artery disease.

“Baby aspirin is not a benign intervention,” Dr. Nissen says. “There has been evidence for many years that for patients who have never had a cardiovascular event, taking daily aspirin poses as many risks as benefits.”

Are there any benefits?

People who have been diagnosed with heart disease should still take a low dose of daily aspirin, defined as a dose that’s typically 81 milligrams. (A normal aspirin dose is generally 325 milligram per pill.)

That’s because aspirin has anti-platelet, anti-clotting effects that can help keep heart patients’ arteries open, which is the reason it can benefit people who already have heart disease.

“Platelets play a key role in clotting,” says Dr. Nissen. “And aspirin is a very potent anti-platelet agent because it permanently inhibits the ability of platelets to stick together via a certain mechanism of stickiness. That’s why it’s useful in secondary prevention, where the risks are very, very high.”

Side effects of aspirin

The most serious side effect of taking aspirin is an increased risk of bleeding. Studies have found a higher risk for hemorrhage from stroke or in the upper gastrointestinal tract.

Another study suggested that healthy older adults taking daily aspirin were at increased risk for death from any cause, including cancer.

In 2018, researchers published results of a five-year study involving nearly 20,000 healthy older adults over age 70 who either took 100 mg of aspirin each day or a placebo pill.

The result? They found that the group who took aspirin had a higher bleeding rate without any cardiovascular benefits.

This was a high-quality study conducted as a randomized, double-blind, placebo-controlled trial, a method that keeps researchers themselves unaware about which patients have the placebo.

Should you take daily aspirin?

It depends. Basically, it all boils down to whether you’re at high risk for having a heart-related problem — factors might include high blood pressure, high cholesterol, being a smoker or having diabetes — and your previous medical history.

“If you’ve had a heart attack, or a stent, or bypass surgery, or some other manifestation of coronary heart disease, then aspirin is recommended in order to prevent a recurrent event,” says Dr. Nissen.

If you haven’t had a cardiovascular event, but are taking daily aspirin anyway, should you stop taking it? It also depends. “In general, I tell my patients to stop,” says Dr. Nissen. “But different physicians may have a different perspective. They might argue that somebody who’s taken it for 10 years and has a very low risk of a gastrointestinal or cerebral bleed, maybe it’s not a bad idea to keep taking it.”

What you definitely shouldn’t do is just stop — or start — taking aspirin without consulting your doctor first. “It’s always good idea to talk to your doctor,” says Dr. Nissen. “Nothing in medicine is ever black and white, and individualizing care is always a good idea. Talk to your doctor and try to work it out together. We call that shared decision-making. It’s always the right thing to do.”

Can Using Too Much Aspirin Hurt Your Eyes? 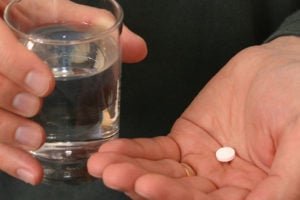 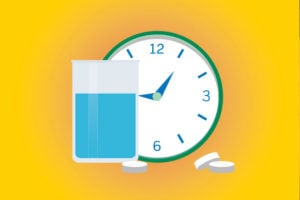 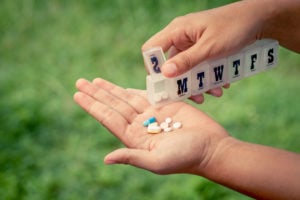 Should you take a daily aspirin? It depends on your risk factors and medical history, as only people with a previous history of heart-related problems or conditions should take daily aspirin