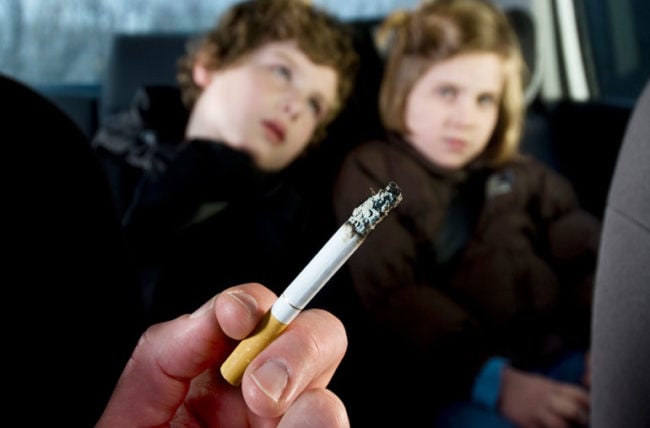 If you think you’re safe from lung cancer because you’ve never smoked, think again. Being a nonsmoker doesn’t mean you cannot get lung cancer.

While cigarette smoking is the No. 1 cause of lung cancer, you also can get it from breathing secondhand smoke, being exposed to asbestos or radon, or having a family history of lung cancer.

Many people think lung cancer always is the result of a personal choice to smoke cigarettes and don’t see those with lung cancer in the same light as, say, those who have breast cancer. However, the vast majority of people who die from lung cancer quit smoking long before they received a lung cancer diagnosis.

“There’s a huge stigma associated with lung cancer because the majority of people who die from it are either smokers or former smokers,” says oncologist Nathan Pennell, MD, PhD. “The fact is that anyone who has lungs can be exposed to carcinogens and develop lung cancer, so this is a disease that should concern everyone.”

One of the first questions people usually ask when they find out someone has lung cancer is, “Was he (or she) a smoker?”

“Tobacco smoke is one of the most addictive substances known to man. Addiction is a disease,” says Dr. Pennell. “Many people who smoke become addicted as teenagers. Whether you’re a smoker or not, nobody deserves to die from lung cancer.”

The deadliest cancer is the most underfunded

Lung cancer is the leading cause of cancer death among men and women in the United States. Unfortunately, because of the stigma associated with lung cancer, it is difficult for researchers to get funding to try to find a cure.

“Public funding has a lot to do with politics and public opinion doesn’t support lung cancer as it does the so-called ‘blameless cancers’ like breast cancer or prostate cancer,” says Dr. Pennell. “Those types of cancers also have a lot more survivors who can advocate for funding.”

A Northwestern University study found that underfunding common cancers like lung cancer could negatively impact research, drug development and the number of FDA drug approvals for those poorly funded cancers.

“There are not enough lung cancer survivors to demand change,” says Dr. Pennell. “Those who do survive often blame themselves, so there is a smaller percentage of survivors who are willing to tell their stories.”

Despite funding difficulties, medicine has made progress in lung cancer diagnosis and treatments and genetic testing is just one example.

“There are many different types of lung cancer,” says Dr. Pennell. “Genetic testing has helped researchers to develop therapies that target specific types of cancer cells.”

Immune-based therapies, in which the immune system is primed to attack tumors, are also helping patients with lung cancer live longer. These therapies have been approved for treating many other types of cancer as well.

What you can do to help

While not all lung cancers can be prevented, you can take some measures that may lower your risk. First and foremost, quit smoking if you’re a smoker because the benefits go beyond external changes. For example, if you stop smoking for 10 years, your risk of lung cancer death is about half of that of a current smoker.

A healthy diet is also crucial in not only maintaining your weight, but it can also reduce your risk of lung cancer. Lastly, reduce any exposure to chemicals like asbestos and radon.

“I would encourage survivors, especially those who never smoked, to advocate for lung cancer research and to let people know that progress is being made,” says Dr. Pennell. “We need to get the word out about how important this is to everyone, not just to those who smoke.”

3 Reasons to Quit Smoking After a Cancer Diagnosis

Why Lung Cancer Doesn’t Have to Be the Deadliest Cancer 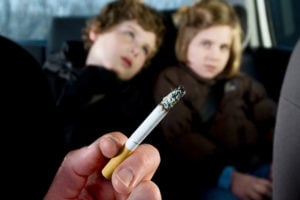 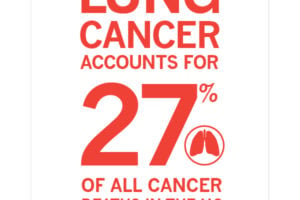 Can you still get lung cancer even if you’re a non-smoker? Our expert discusses what you need to know.