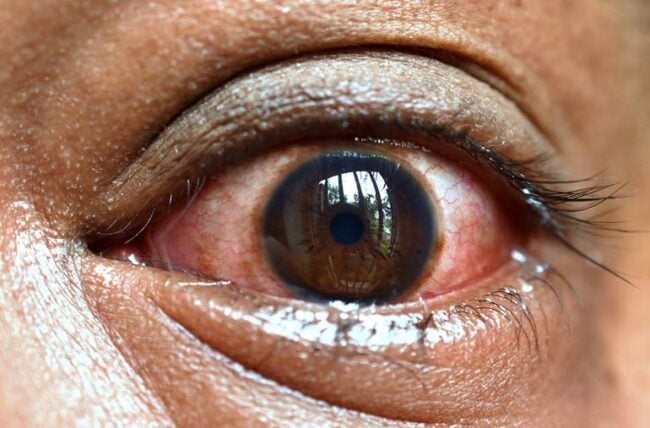 Ankylosing spondylitis (AS) is a type of inflammatory arthritis that typically affects your lower back.

While those who have AS may experience stiffness, fatigue and pain, the autoimmune condition can also cause eye inflammation known as uveitis.

Rheumatologist Ahmed Elghawy, DO, explains why you may experience eye problems and what treatments are available.

Why does AS cause eye pain?

The short answer is: Doctors aren’t entirely sure.

“With autoimmune conditions like ankylosing spondylitis, your body is acting inappropriately against its own tissue,” explains Dr. Elghawy. “We think this is also the case when it comes to uveitis. There may have been some sort of pathogen that could have led to the body recognizing a self-antigen instead of the pathogen. The body makes the mistake of attacking itself.”

There may also be a link between a certain gene known as HLA-B27 that’s common in both ankylosing spondylitis and uveitis.

Between 25% to 35% of individuals with ankylosing spondylitis will go on to develop some sort of uveitis.

There are different types of uveitis:

“The longer the patient has ankylosing spondylitis, the more likely they are to develop uveitis,” says Dr. Elghawy.

Uveitis typically only affects one eye at a time; though, it’s possible to have symptoms in both eyes at once.

If you have uveitis, you may experience the following symptoms:

“In people who are older, uveitis increases the risk of developing cataracts or glaucoma or making those conditions worse,” says Dr. Elghawy.

Treating eye pain and AS

If not treated, uveitis can harm your vision and could potentially lead to blindness.

“We recommend that those who have eye issues at all, especially who already carry a diagnosis of ankylosing spondylitis, that they let their doctor know immediately because it needs to be it needs to be addressed quickly,” emphasizes Dr. Elghawy.

Your doctor will not only treat uveitis, but will also treat your ankylosing spondylitis. In many cases, your rheumatologist may suggest you see an ophthalmologist, too.

Treatment options for uveitis may include anti-inflammatory eye drops or eye drops with corticosteroids.

Treatments options for AS can include:

“A common scenario would be a person who has low back pain and was treated with prescription or over-the-counter NSAIDs. They’re doing well, but later they develop eye issues, and then, that’s what kind of prompts us to start the biologic therapy,” explains Dr. Elghawy. “There are other individuals who are on biologic therapy who never go on to develop uveitis and that’s probably because they’re already being treated with the biologic therapy.”

“Sometimes, you may find evidence of uveitis during a typical eye exam, even before you have symptoms,” he adds. “So, it’s important if you do have evidence of uveitis, it’s treated properly to prevent the long-term consequences.”

Strategies for Coping With Ankylosing Spondylitis

How To Improve Your Posture When You Have Ankylosing Spondylitis

The 6 Most Common Running Injuries (Plus How to Treat Them)

Does Ankylosing Spondylitis Cause GI Problems? 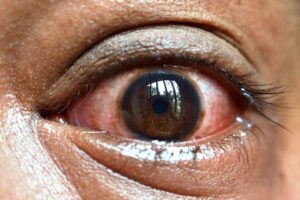 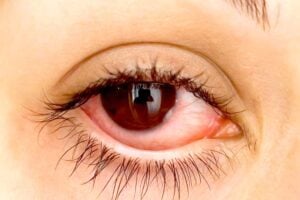 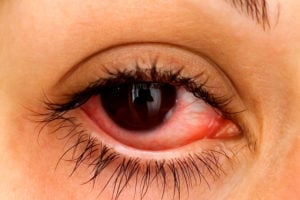 Although ankylosing spondylitis typically affects your lower back, this type of inflammatory arthritis may also cause eye inflammation known as uveitis. Our expert explains why it’s important to seek treatment right away.