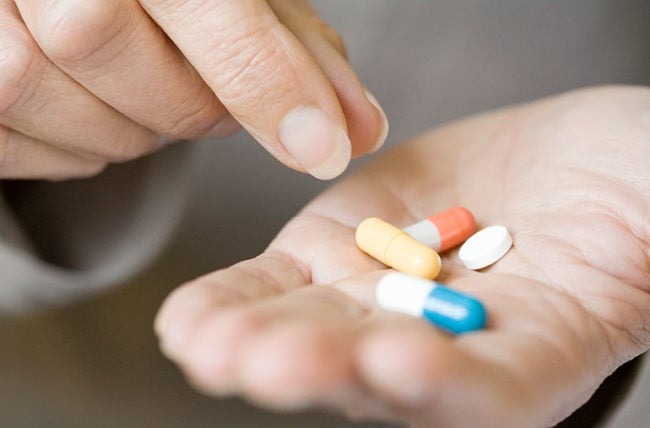 Most people have basic staples like ibuprofen and aspirin in their medicine cabinets. However, if you’re being treated for a heart condition, those staples may not be good for you.

“Studies have found that these common medications can increase risk of bleeding, clotting, arrhythmia and even death for some heart people,” says cardiologist Stephen G. Ellis, MD.

Dr. Ellis goes into depth about which common medications to avoid and why.

Medications to avoid if you’re a heart patient

If you’re on blood thinners, beware of aspirin. Research shows aspirin combined with antiplatelet drugs such as clopidogrel (Plavix®) and anticoagulants such as warfarin (Coumadin®) increase your risk of bleeding.

“Typically, a patient who has had a stent procedure is placed on an antiplatelet drug and aspirin,” says Dr. Ellis. “But if they are also taking an anticoagulant — for atrial fibrillation or because they’ve had a valve replacement, for example — they may be safer without aspirin.”

While all three medicines help prevent blood clots, taking them at the same time can be too much of a good thing.

If you take blood thinners, talk with your doctor before taking aspirin as well.

2. NSAID pain relievers, such as naproxen and ibuprofen

If you have atrial fibrillation (irregular heartbeat) and are on blood thinners to lower your risk of blood clots and stroke, beware of nonsteroidal anti-inflammatory drugs (NSAIDs). NSAIDs include common pain relievers naproxen (Aleve®) and ibuprofen (Advil®).

“These drugs, which are available over the counter and are used commonly to relieve the aches and pains that all of us have, are also blood thinners,” says Dr. Ellis. “If you combine them with prescription blood thinners, you could have serious bleeding.”

If you are at high risk for arrhythmia, look out for certain types of antibiotics because some can disrupt your ​heart’s electrical activity and lead to a (sometimes lethal) rapid heartbeat.

Azithromycin (Z-Pak) is one popular antibiotic that has been linked to an increase in arrhythmia-related cardiovascular deaths. Levofloxacin has shown a similar risk and amoxicillin and ciprofloxacin have shown lower risks.

“Usually, arrhythmia is triggered by multiple factors, not just an antibiotic,” says Dr. Ellis. “The risk of a dangerous effect from an antibiotic is highest in people who have heart disease, but everyone should be aware of it.”

If you have issues related to stomach acid, you may be inclined to take PPIs, drugs that reduce stomach acid production. But if you’re a heart patient who has been stented and take blood thinners, PPIs can reduce the effect of your blood-thinning medication.

The effects are usually mild, but can also pose a problem if combined with other blood thinners.

At the end of the day, make sure to clear any antibiotics or OTC drugs with your doctor before taking them.

How Do I Know What Blood Thinner Is Right for Me?

Your Heart and the Big 4 Med Types To Avoid

Am I at a Greater Risk for a Stroke After a Heart Attack? 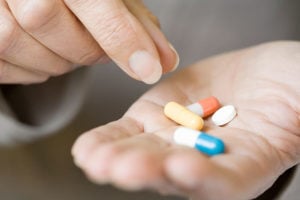 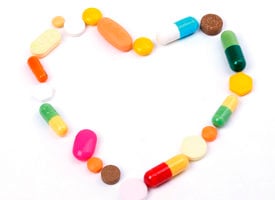 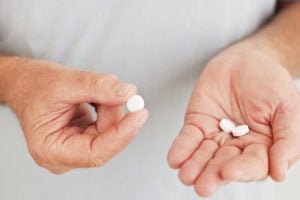 We all keep ibuprofen and aspirin in our medicine cabinets, but if you’re being treated for a heart condition, you may want to think twice before reaching for these pain-relieving staples.