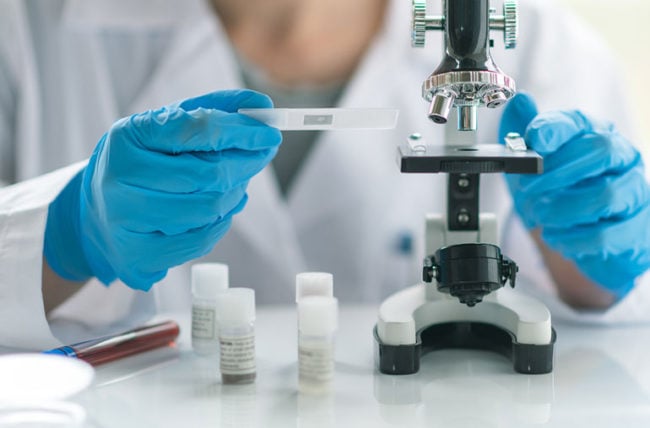 Drugs to treat cancer typically focus on the tumor’s location in your body. They bombard the cancer along with the healthy cells around it. But what if doctors could tailor cancer treatment just for you, based on the specific features of your tumor?

That day is closer than you may think.

Cancer genomics — studying the genetics of a tumor — is an active field of research that aims to improve how doctors treat cancers in the future.

With a custom-designed treatment, drugs can better target cancerous cells without harming healthy ones, says oncologist Pauline Funchain, MD. And this means faster results and less harmful side effects.

Dr. Funchain answers three questions to help explain recent progress in cancer genomics and how it is changing the way doctors treat cancer.

1. What drugs are available to treat genetic mutations in tumors?

The FDA has approved more than 50 drugs that target genetic changes. And researchers are working on hundreds more, according to the National Foundation for Cancer Research.

“We have gotten great results from these drugs, and there are people alive today who wouldn’t be without them,” Dr. Funchain says. Some patients have been on the drugs for as long as five years, but the uses for those drugs continue to expand, she says.

In one example, the FDA previously approved pembrolizumab (Keytruda) for patients with melanoma, lung and other tumors. Then, the agency later approved Keytruda to treat patients with any metastatic solid tumor that has specific molecular features.

Testing for genetic mutations is routine for patients with lung and colon cancer and melanoma, Dr. Funchain says. As more drugs are discovered, other cancers are also being considered for routine genetic testing. Dr. Funchain expects the testing to become routine for all cancers in the next 10 years.

For instance, a mutation found in some lung cancers (mostly in non-smokers) often responds favorably to oral medication the FDA approved in 2004. Since then several new drugs have been approved for for more recently discovered mutations, most recently in 2020.

“The pill is fantastic,” she says. “Patients don’t lose all their hair.”

Doctors also recommend genetic testing for some patients with breast and ovarian tumors. For instance, about 25% of breast cancers test positive for the HER2 mutation. Several new drugs are extremely effective in treating this fast-growing tumor, Dr. Funchain says.

The prognosis for HER2-positive patients has dramatically improved since doctors started prescribing these drugs, she says. Now HER2 drugs are being used for more tumors besides breast cancer.

In another example, doctors used to treat chronic myeloid leukemia (CML) with a bone marrow transplant and chemotherapy or radiation. Now many patients with CML can take a pill that targets deadly cancer cells and leaves healthy cells alone.

Dr. Funchain says technicians often can use material from the original biopsy for genetic testing, as long as enough tissue is available. Test results also help doctors predict who is more likely to respond well to certain drugs.

Dr. Funchain says patients frequently ask variations of this question: How did I get bad genes?

Here’s what she tells them:

Cancer is both a random and “bad luck” disease. If you smoke or don’t protect yourself from harmful sun rays you increase your chances of “bad luck.”

Your body is constantly making new cells — healthy ones and ones with “typos,” or flaws, she says. Some typos are harmless and may just change the color of your hair, for instance. Others, because of their severity and location, may cause cancer.

“The Holy Grail of cancer treatment is to kill the tumor once and for all, and do it in a way with fewer side effects,” Dr. Funchain says. “Genetic testing is opening the door for that to happen.”

Can Gene Therapy Prevent Blindness? What You Need to Know

Straight Talk on How to Understand Your Cancer Prognosis 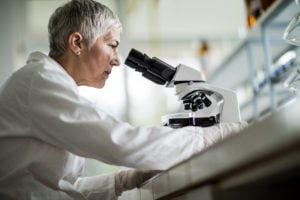 How Genetic Testing Can Make Your Cancer Treatment More Effective

Advances in genetic testing of tumors are paving the way for more effective drugs that target cancer cells and spare healthy ones. Learn how doctors are better tailoring cancer treatment.