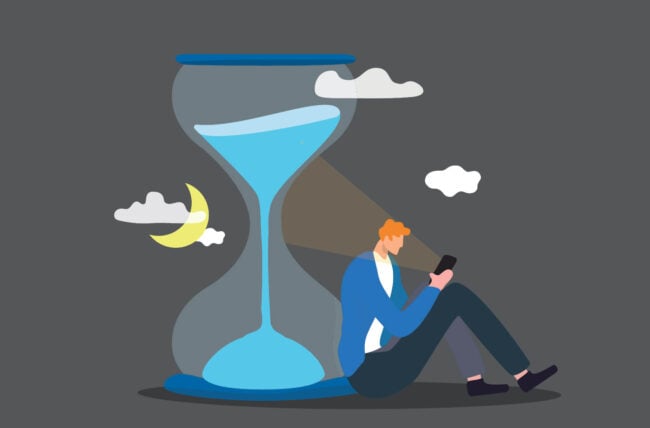 Back in 1963, a then 17-year-old Randy Gardner decided to see how long he could go without sleep as part of a science fair project. Overachiever that he was, he ended up setting a world record — he made it 11 days and 25 minutes without sleep.

He’ll forever hold that record because the Guinness Book of World Records got rid of the category.

Why? Because it’s that dangerous to go without sleep.

While it’s one of our most basic bodily functions, we still don’t know exactly why we sleep. But as behavioral sleep medicine expert Michelle Drerup, PsyD, DBSM, explains, we know it’s crucially important.

“Sleep plays a vital role in our physical, cognitive and mental well-being,” Dr. Drerup says. “There are restorative processes going on in sleep that we need to stay healthy.”

But what actually happens to your body when you deprive yourself of sleep for a night … or three? Exactly how dangerous is acute sleep deprivation — for you and for the people around you?

What happens if you go 24 hours without sleep?

It’s pretty hard to get through life without ever being awake for 24 hours straight. Maybe you forgot all about that 10-page research paper that’s due tomorrow. Maybe you’ve got to make 17 different connecting flights in order to get where you need to go. Maybe you’re just really party hearty.

But it’s important that pulling all-nighters doesn’t become your standard operating procedure. Going without sleep for 24 hours won’t have a long-term effect on your health, but it does have plenty of negative short-term consequences.

Dr. Drerup says that going 24 hours without sleep is comparable to having a blood alcohol content of 0.1%, which is above the legal limit throughout the United States. It’s unsurprising then, that the kinds of impairment you see are similar to intoxication:

But that’s not all, according to Dr. Drerup. “Another thing that happens when you don’t sleep for 24 hours is an increase in our stress hormones, like cortisol and adrenaline,” she explains. “It’s your body’s attempt to compensate for the fatigue you’re experiencing.”

For every additional hour you go without resting, the side effects of sleep deprivation become more severe.

What happens if you go 36 hours without sleep?

Again, while different people experience sleep deprivation in different ways, going 36 hours without sleeping isn’t good — or safe — for anyone.

Dr. Drerup notes, “This is where we start to see a greater physical impact on our health. With this level of sleep deprivation, we’re likely to see higher levels of inflammatory markers in the blood.”

Not sleeping for 36 hours puts considerable stress on your body. From hormone imbalances to slowed metabolism, you’re throwing everything off kilter. All the side effects you’ve experienced up to this point will intensify, and you can expect to experience fluctuations in your mood, attention, body temperature and appetite.

What happens if you go 48 hours without sleep?

By the time you’ve gone 48 hours without sleep, it’s likely you’re experiencing microsleep. Microsleep is a protective reflex on our brain’s part, one that we’re rarely aware of. In microsleep, your brain forces you to fall asleep by, more or less, going “off-line” for a brief moment.

This involuntary phenomenon can last up to 30 seconds. When it’s over, you may have no idea it ever happened. Alternatively, you may wake up feeling disoriented.

Fascinating as it may be, microsleep is also dangerous. If you nod off while driving, or in an otherwise vulnerable position, you could seriously — if unintentionally — hurt yourself or others.

And don’t forget, all the side effects we’ve already mentioned are increasing in intensity by the hour.

What happens if you go 72 hours (or more) without sleep?

We actually don’t have a tremendous amount of research into what’s happening to our body when we’ve been awake for 72 straight hours.

Why? As Dr. Drerup puts it: “It’s hard to ethically deprive people of that much sleep.”

Most people can’t physically stay awake for three days of their own accord — which is why extreme sleep deprivation of this sort has been employed as a form of torture the world over for hundreds of years.

Once you’ve been awake for 72 hours, Dr. Drerup explains, your ability to regulate your emotions — or even accurately perceive the world around you — is severely compromised.

“You’ll be irritable, anxious, depressed and struggle with executive functioning and thinking,” she adds. “You might also start to hallucinate: to see or hear things that aren’t there.”

In addition to hallucinations, severely sleep-deprived individuals sometimes have illusions. Instead of seeing something that isn’t there, you’re struggling to interpret something that is there. It may be hard to read other people’s emotions, for example, or to know whether or not the thing you’re seeing is human.

What if I can’t fall asleep?

It’s one thing to stay up past your bedtime by choice. It’s another thing entirely to be physically unable to sleep.

Thankfully, it’s also not that common.

Extreme sleep deprivation sometimes happens unintentionally during times of acute stress. Some people also struggle to sleep in the midst of a manic episode. If your sleeplessness has you worried about your mental health, it’s a good idea to get evaluated by a psychiatrist or psychologist.

But most of the time, even people with severe insomnia are getting some sleep every day, sometimes without even realizing it. It’s called paradoxical insomnia: You feel like you haven’t slept at all, and have no memory of sleeping, but you actually did.

The thing that matters most to Dr. Drerup is not how many hours you’re sleeping or not sleeping, but how well you’re functioning. If you feel too tired to get through the activities of your daily life, then it’s time to speak to a doctor.

It’s important to note that — while the symptoms are dramatic — the side effects of short-term sleep deprivation should go away once you’ve caught some ZZZs.

The same can’t be said of chronic sleep deprivation. It’s much more dangerous to operate on less sleep than you need for weeks, months or years than it is to experience a short episode of acute deprivation.

The dangers of sleep deprivation

According to the Centers for Disease Control and Prevention (CDC), over a third of Americans aren’t getting enough sleep at night. Long-term, chronic sleep deprivation can significantly impact your health, oftentimes, in ways you don’t realize.

According to Dr. Drerup, chronic sleep deprivation can do all sorts of damage, including raising your risk of:

If you’re still reading this article, we humbly suggest putting your newfound knowledge into practice.

Grab a pillow, a warm glass of milk or — if you can’t sleep — your doctor’s phone number. Don’t worry about us: We’ll still be here when you wake up!

How Much Sleep Do I Need?

9 Ways To Stay Awake Without Caffeine

Should You Take Power Naps? 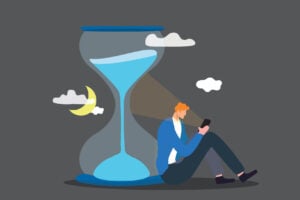 How Long Can You Go Without Sleep?

We spoke to a behavioral sleep medicine expert to learn what happens to your body when you burn the midnight oil … and then some.