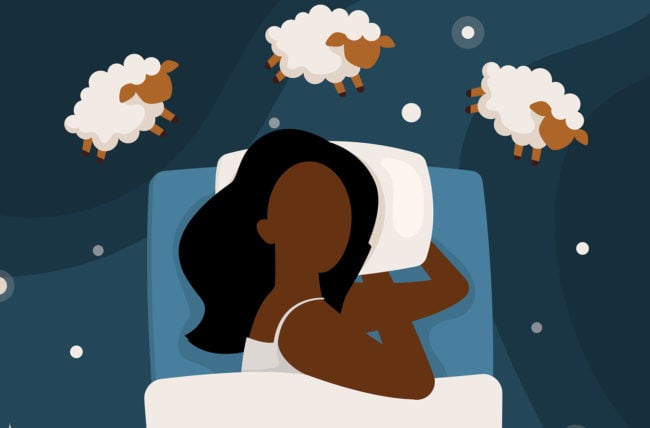 There’s a reason we tell our loved ones to get a good night’s sleep. For many of us, the benefits of a good night’s rest are second nature, as we tend to feel better about ourselves and more competent to take on responsibility when we’re well rested. But for many others, we struggle with getting just the right amount of sleep. According to the National Sleep Foundation, about half of all Americans feel sleepy from three to seven days a week — a sure sign that we could all use a little more.

How much sleep do you need?

The younger you are, the more sleep you need. Babies need a lot of sleep. As kids grow, their sleep needs decrease. “By adulthood, most healthy people need 7 to 8.5 hours,” says psychologist and sleep disorder specialist Michelle Drerup, PsyD, DBSM. Here’s how much kids and adults need, on average according to the Centers for Disease Control and Prevention:

Though sleep needs vary depending on your genetics, most adults fall in the seven-to-nine-hour range. If you think you thrive on less, you may want to reconsider.

“There are people who are short sleepers, but it’s pretty rare,” Dr. Drerup notes. “We’re not very good judges of how sleep loss affects us, and most people who think they do well on little sleep would probably function better with a little more.”

One common misconception is that older adults don’t need as much sleep as they did in middle age. Older adults should still aim for at least seven hours, Drerup says.

“Older adults have different sleep patterns. They tend to sleep more lightly and may wake earlier in the morning,” she says. “But you still need the same amount of sleep over 24 hours, so if you’re sleeping less at night, you might need a nap during the day.”

Sleep is a catch-all that benefits your physical, mental and emotional health. When you’re sleeping, your body has the chance to rest and recover — and these restorative properties even occur on a cellular level. Some major benefits of sleep include:

Of course, developing consistent sleeping patterns to maximize these benefits can be a battle all on its own. Dr. Drerup offers these tips for getting the most out of your sleep schedule:

Symptoms and side effects of sleep deprivation

Even losing out on one or two hours of sleep can impact your mood and overall health. So how do you know if you’re not getting enough sleep or if your grogginess from the night before is a one-time fluke? Here are some common signs and symptoms of sleep deprivation you should look out for:

It’s important to keep an eye on these symptoms, especially if they occur daily or weekly, as shortchanging your sleep long-term can lead to a host of long-term problems, including:

An average sleep cycle lasts about 90 minutes. Ideally, you need four to six cycles of sleep every 24 hours to feel fresh and rested. Each cycle contains four individual stages: three that form non-rapid eye movement (NREM) sleep and one rapid eye movement (REM) sleep. While the time spent in each stage varies the longer you’re asleep, and you might bounce between stages each night, each individual stage remains largely the same.

This stage of light sleeping lasts five to 10 minutes. During this stage you’re “dozing off,” as your body and brain activity begins to slow down. If you’re woken during this stage, you may feel as if you haven’t fallen asleep at all.

During this stage of light sleeping, your muscles begin to relax as your body temperature drops and your heart rate and breathing slow down. During this stage, your eye movement stops and your brain waves slow. There are occasional bursts of brain waves called sleep spindles that are believed to assist with storing your memories and shutting down your senses so your sleep won’t be interrupted. This stage prepares you to enter into deep sleep and may last up to 25 minutes.

This stage is known as deep sleep, in which your eyes and muscles are fully at rest. During this stage, your body is repairing itself by regrowing tissue, strengthening your immune system and building bones and muscle. It is increasingly difficult to wake you up during this stage, and if you are woken, you may experience a period of disorientation and brain fog for up to 30 minutes or an hour. During earlier sleep cycles, this stage could last 20 to 40 minutes and gets increasingly shorter as sleep cycles progress. As you get older, you spend less time in this stage and more time in Stage Two.

You dream during this stage. Your brain activity greatly increases and can even match or exceed your usual brain activity when you are awake. Your muscles enter a state of temporary paralysis, except for your eyes (which move rapidly during this stage) and the muscles you need to breathe. Your breathing gets faster, and your heart rate and blood pressure increase. Usually, the first period of REM sleep occurs around 90 minutes into your sleep cycle and lasts about 10 minutes. Each of your later REM stages gets longer the more hours you remain asleep.

Trouble sleeping? When to see a doctor

About 70 million people in the U.S. experience sleep disorders, ranging from insomnia to sleep apnea, restless legs syndrome, narcolepsy and more. If you’re concerned about your sleep patterns or if you’re experiencing some of these disorders, schedule an appointment with your family doctor or a sleep clinic, as you may need to participate in a sleep study.

How Long Should You Nap?

How Long Can You Go Without Sleep? 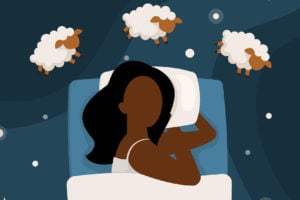 When you sleep, your body rests, recovers and rebuilds itself through four stages. Here’s how much sleep you need to feel rested.