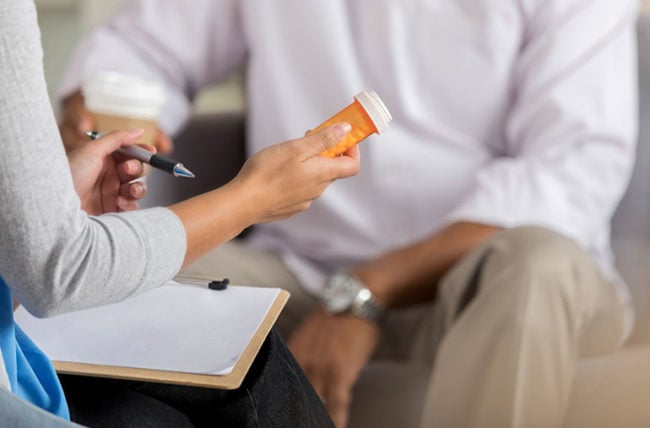 When you’re in the midst of depression, it can feel like you’re completely alone — but statistics-wise, that couldn’t be further from the truth. The National Institute of Mental Health reports that depression is one of the most common mental health disorders in the United States, with an estimated 17.3 million adults living with depression in 2017.

If you’ve been taking medication to manage your depression, there may come a time when you want to stop using it. But it’s vital that you do so carefully, with the help of a doctor, says psychiatrist Andrew Coulter, MD, MA. He shares considerations for going off your meds and what to be sure to communicate to your doctor.

There’s no rule book for when to go off antidepressants, and the reasons to do so are as varied as the patients who use them in the first place. The first course of action, though, is to figure out why you want to stop. Then start a conversation with your doctor, who can work with you to determine the best course of action.

“As a doctor, if I don’t know why you’re coming off the medication, I’m not able to work around it,” Dr. Coulter says. “But if I have your rationale for quitting, I can provide the best treatment and work with you on how to stop your medication in a way that’s right for you.”

He explains some common reasons for getting off antidepressants.

Maybe you went on antidepressants after the death of a loved one, the loss of a job or the end of a relationship. Maybe you had situational depression brought on by the pandemic. Whatever the case, you’re feeling more emotionally stable and better equipped to face the world sans medication.

“If you were put on medication because of a stressful life event, and there’s been sufficient time and treatment that your symptoms have resolved, it may be time to try going without it,” Dr. Coulter says.

“If, after a year, you’ve clinically improved, and it’s your first episode of depression, it may be reasonable to try and come off the medication, especially if your symptoms are because of a specific stressor.”

If you’ve experienced negative side effects since you started taking antidepressants, you may understandably feel inclined to stop using them. Instead, Dr. Coulter says it’s important that you communicate these issues to your doctor so they can work with you to figure out a switch.

“Unfortunately, patients don’t always tell their doctor when they don’t like the way antidepressants impact their lives,” he says. “But it’s important for them to tell us because we can help with that.”

You can’t afford them

You might think your doctor doesn’t care about your financial situation or that they can’t do anything to help. But if you’re unable to pay the high cost of your antidepressant subscription, let your doctor know. “Being upfront about cost lets us work around it,” Dr. Coulter says.

They may be able to switch you to a different antidepressant or to a generic version — one that’s covered by your health insurance or falls within your financial abilities if you’re paying out of pocket.

You want to try a different antidepressant

If you don’t like the antidepressant you’ve been taking, share those concerns with your doctor so you can work together to determine a better option.

“If you’re doing a medication switch, your doctor will want to go over all your medications with you, just to be safe,” Dr. Coulter says.

Their goals are to minimize the side effects of transitioning from one medication to another and to minimize interactions between the two — along with anything else you’re taking.

You don’t want to be on medication

“Some people tell us that being on an antidepressant doesn’t fit with their treatment ethos, and others just don’t want to have to remember to take a pill every day,” Dr. Coulter says.

Whether you’re concerned about social stigma or want to try therapy as an alternative, you may prefer not to be on antidepressants — and that’s OK. Just be sure to communicate that preference to your doctor so they can help you make a safe transition to being medication-free. They may also ask about your openness to trying other methods of treatment for your depression, such as psychotherapy.

How your doctor will guide you

Once your doctor knows why you want to stop using your antidepressant, they can help you chart the best path forward. In most cases, the first step is to figure out a schedule for slowly tapering you off of the drug by reducing your dosage over time.

The average amount of taper time is two to four weeks, but it varies based on two important factors.

The length of your tapering $will depend, in part, on what antidepressant you take (and its dosage), as various medications stay in the bloodstream for different lengths of time.

Fluoxetine, for example, stays in the bloodstream for a longer time than most, requiring a longer taper period.

You also get a say in how long your taper takes.

“It’s all about patient preference,” Dr. Coulter says. “If a patient is like, ‘Get me off of this now,’ we’ll figure out a rapid taper, even though it might be a bit uncomfortable. For people who really want to minimize side effects, we’ll do a very gradual, slow taper.”

What are the side effects of going off antidepressants?

One of the key reasons to set a taper schedule with your doctor is to avoid the side effects of going off antidepressants cold turkey. One of those is discontinuation syndrome.

“It’s well known when you come off an antidepressant that you can have what’s called discontinuation syndrome, which is a mild but very uncomfortable condition that occurs while your brain is adjusting,” Dr. Coulter says.

Discontinuation syndrome typically lasts one to two weeks and occurs in an estimated 20% of patients. Symptoms include:

Beware a return of your depression

The other key reason to work closely with your doctor in stopping antidepressants is so they can continue to monitor your mental health.

“If a medication is treating illness, going off of it may lead that illness to come back,” Dr. Coulter says, “so your doctor will want to monitor you for a return of symptoms.”

Your doctor will likely want to set a time for a follow-up appointment so they can check in to see how you’re doing post-medication — particularly if you’ve tried unsuccessfully in the post to stop medication or if you have a history of serious depression or suicidality. Together, you’ll probably discuss a backup plan in case your depression returns, including whether you’ll try medication again or seek alternate treatment.

And even if you do successfully go off your medication, bear in mind that your doctor may recommend that you go back on it (or try another one) in the future if your mental health issues return — and they well may.

How You Can Safely Use Sleeping Pills for Insomnia 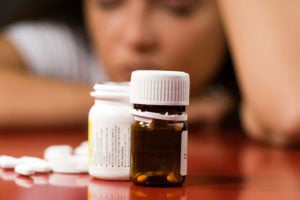 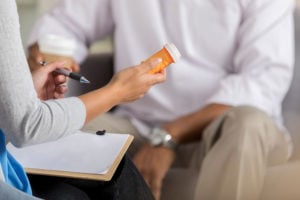 If you’ve been taking medication to manage your depression, there may come a time when you want to stop using it. But it’s vital that you do so carefully, with the help of a doctor. A psychiatrist shares considerations for going off your meds.