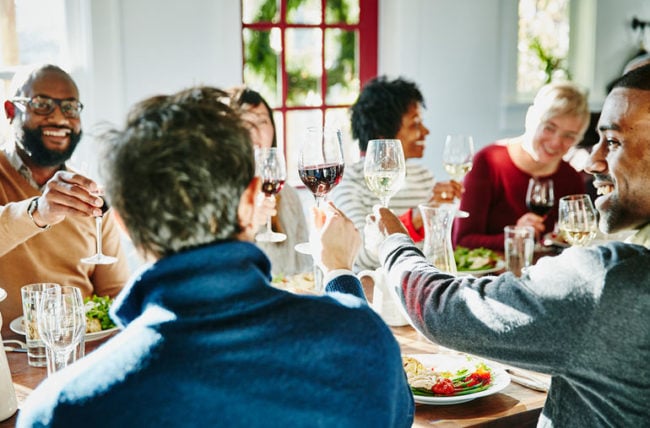 But hosting a holiday bash can be a challenge if you have guests with food allergies.

According to emergency room specialist Baruch Fertel, MD, partygoers often come into the ER during the holiday season because they’ve unknowingly eaten something they’re allergic to.

At these larger gatherings, sometimes we find that people put an ingredient in, that they thought was innocuous, and as it turns out, someone else there had an allergy.

“We do see a little bit of an uptick in food allergies around this time of year from those different dishes and foods that people are not necessarily used to,” Dr. Fertel says.

Can Your Baby Be Allergic to Your Breast Milk?

Think You’re Allergic to Penicillin? Why You May Be Mistaken

Food Allergy Tests for Kids: What You Need To Know

How to Help Your Child Deal with Food Allergy Bullying Hosting a holiday party for guests with food allergies? Get expert tips for making sure your gathering is a merry one and doesn’t end up with someone headed to the emergency room.