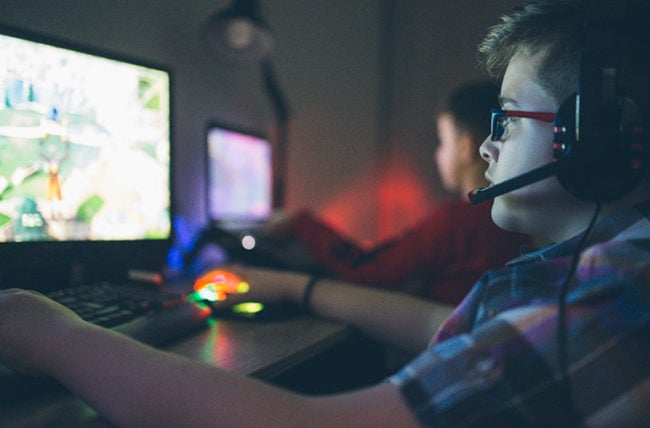 Video games today can be incredibly life-like and intense. But for some kids with pre-existing cardiac conditions, the excitement and adrenaline can be too much for their bodies, particularly their hearts.

Syncope, or loss of consciousness, is when someone faints because their heart rate and blood pressure suddenly drop – usually because of physical or emotional intensity. Sometimes this can happen to someone at the sight of blood or if they’ve been standing in the heat for too long. Other times it can happen when playing a sport or if someone gets too excited or upset quickly.

Although rare, the mental and emotional stress of playing video games can trigger a cardiac arrhythmia in some kids, causing them to lose consciousness. Often times this is due to an underlying heart abnormality and might be the first sign that a child has a potentially life-threatening heart problem.

It’s the same condition that causes other kids to pass out while playing sports. This cardiac abnormality usually happens when the video game (or during physical exertion) reaches peak intensity.

“When a child or teen suddenly collapses from ventricular arrhythmia while playing video games, it can be riskier than syncope during competitive sports,” says pediatric cardiologist Peter Aziz, MD. “At sporting events there are usually people around who know what to do or how to get help.”

Most of the arrhythmia syndromes in children or teens are channelopathies, which are disruptions in the way ion channels form and perform inside heart muscle cells. Channelopathies can cause high catecholamine levels, which in turn can trigger an arrhythmia.

“When catecholamines are elevated, your heart rate is up, you’re driven, you’re wired and you’re active – whether emotionally or physically. Your heart rate goes up, your blood pressure increases – all the normal flight or fight responses that we’re wired to have from an evolutionary perspective,” says Dr. Aziz.

Anyone who passes out during an intense event – whether it be from playing football, soccer or a video game – should be evaluated. It’s a big red flag.

The risk of their child or teen having a cardiac event can make parents feel uneasy about video games, but Dr. Aziz stresses that only a small group of children are actually at risk for having a cardiac episode. Still, it’s important to discuss your child’s care plan with your doctor.

“Sports can certainly be risky, but there are things outside of sports that can also be risky,” explains Dr. Aziz. “When we’re counseling families about risk factors, gaming is an important thing to discuss if their child has a heart condition that elevates their risk.”

Many parents of at-risk children decide that their child should no longer participate in sports, but pulling them out might actually increase the amount of time they spend playing video games instead.

This serves as a double-edged sword because children who are gaming and not being physically active are at greater risk for cardiovascular disease from lack of exercise.

Given the relative rarity of life-threatening ventricular arrhythmia events during gaming, the message is not restricting video game playing to all kids. Instead, it’s a balancing act and conversation that must be had between the child’s care team and parents.

“Counseling parents on their child’s life threatening disorder is a complex conversation that includes sports restriction, sports participation and triggers at large,” says Dr. Aziz. “We understand restricting someone from sports can have unintended consequences, and having children play video games all day can have unintended consequences as well.”

A Guide To Childproofing Your Home

What You Need to Know About Gaming Injuries 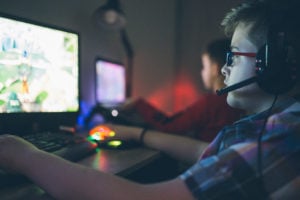 Video games can be intense. And for some kids with pre-existing cardiac conditions, the excitement can be too much for their bodies, particularly their hearts.