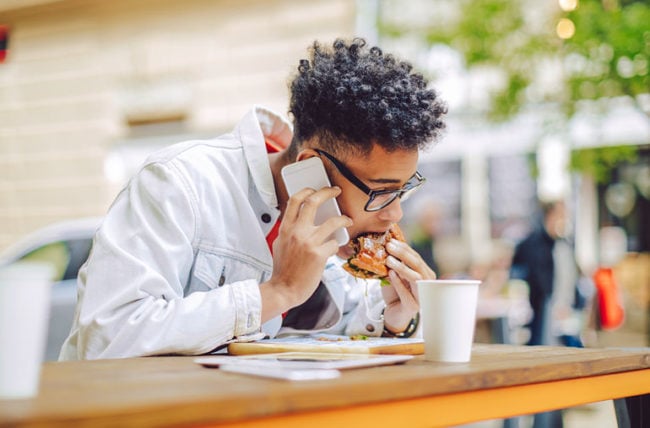 It’s one thing to crave a big meal or a bottomless bag of your favorite snack. It’s another to be so famished that you are irritable and overreact to minor annoyances. That’s the difference between being hungry and being “hangry,” a clever combo of “hungry” and “angry.”

Whether or not you’ve experienced it, you probably know someone who has. But is it really a physiological phenomenon — or just a grown-up version of crying for your bottle?

The biology of being hangry

“There is a physiological reason why some people get angry when they’re hungry,” says gastroenterologist Christine Lee, MD.

“When you haven’t eaten for a while, the level of sugar (glucose) in your blood decreases,” she explains. When your blood sugar gets too low, it triggers a cascade of hormones, including cortisol (a stress hormone) and adrenaline (the fight-or-flight hormone). These hormones are released into your bloodstream to raise and rebalance your blood sugar.

So why am I so hangry?

“The release of cortisol can cause aggression in some people,” says Dr. Lee. “Also, low blood sugar may interfere with higher brain functions, such as those that help us control impulses and regulate our primitive drives and behavior.”

So, there truly is a medical explanation for being hangry. It’s a biochemical reaction due to low blood sugar — not the same thing as being crabby when you’re tired, sick or otherwise feeling out of sorts.

Other consequences of getting too hungry

Why do some people get hangry and others just hungry?

“People who struggle with controlling their anger or who have impulse-control issues may be more susceptible to becoming hangry,” says Dr. Lee. “However, it is unclear if there is an association between having regular hanger and having a personality trait disorder.”

“Hunger comes with various negative consequences, not just anger,” she says. If hunger doesn’t make you angry, it might cause one of these reactions instead:

When hanger is a problem

“Becoming so hungry that you get hangry isn’t necessarily a health concern,” says Dr. Lee. “If you’re otherwise healthy, an occasional bout of extreme hunger isn’t a problem.”

However, people who have other health concerns should take steps to prevent hanger. That includes those who are on multiple medications, those who have medical conditions, and those who are underweight or malnourished.

“People who have metabolic stressors, such as diabetes, pancreatic or liver disorders, and adrenal insufficiency syndromes, are particularly at risk for complications or adverse effects of low blood sugar due to inadequate counter-regulatory response,” says Dr. Lee.

If you are prone to getting hangry, take these steps to control or prevent it:

Your body will thank you. And your family and friends might too.

Feeling Irritable? Why You’re Irritated and What To Do About It

How To Avoid Dehydration During Hot Weather

Are Hangover Cures Urban Myths? Or Do Some Actually Work?

Decoding Your Hunger: Are You Really Hungry or Not? 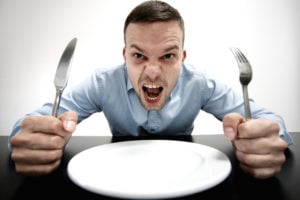 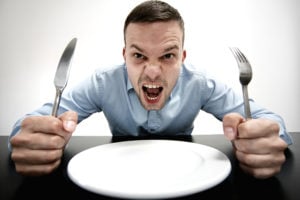 Is Being ‘Hangry’ Really a Thing ― or Just an Excuse?

Why do some people get angry when they’re super-hungry, aka “hangry”? A gastroenterologist explains the biology behind the phenomenon.