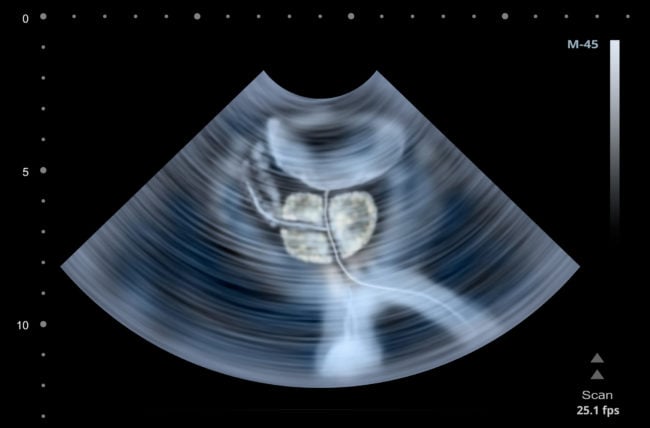 If you have localized prostate cancer, you should know that a relatively new treatment — high intensity focused ultrasound (HIFU) therapy — may help you avoid surgery or radiation therapy. HIFU also produces fewer side effects than those common in more traditional treatments.

Some men are hesitant to talk to their doctors about their health and health concerns. This is especially true when it comes to prostate cancer, though it is the second leading cause of cancer-related deaths in men.

Urologist Eric Klein, MD, explains the basics about HIFU therapy and discusses the pros and cons of using it to treat prostate cancer.

The potential side effects of prostate cancer treatment include erectile dysfunction (ED), rectal symptoms, and incontinence. But it’s a good idea to ask your doctor about HIFU, especially because it may help you avoid those side effects.

How does HIFU therapy work?

HIFU is a focal therapy technique that targets a specific area of the prostate rather than the whole gland.

High-intensity sound waves target the tumor through an ultrasound probe inserted into the rectum. The surgeon controls the probe with a robotic arm that moves in millimeters.

Dr. Klein says HIFU “relies on our ability to localize tumors in the prostate using MRI and targeted biopsy, which builds on our prior experience of doing fusion biopsies.” He says this way of treating prostate cancer has the potential to effectively treat prostate cancer in some men while causing fewer side effects.

“HIFU uses better imaging, better biopsies, and better ways of mapping out what’s going in the prostate.” But he says it’s only for about 10% to 15% of all cases of prostate cancer.

What are the pros of HIFU therapy?

There’s less down time and pain

There’s no lengthy hospital stay after the HIFU treatment.

“HIFU is an outpatient procedure,” Dr. Klein says. “It generally lasts about 90 minutes and then you go home.”

You typically won’t need pain medications after HIFU because it isn’t as invasive as other treatments, he says. It doesn’t involve a surgical incision or radiation.

It has fewer side effects

Many men worry that they’ll lose the ability to get an erection after prostate cancer treatment, Dr. Klein says. The inability to control the bladder or rectal symptoms after radiation treatments are common side effects of more traditional treatments.

But Dr. Klein says with HIFU, “There’s no incontinence, and no bowel symptoms. He says the data suggests since only part of your prostate is treated, the result is better preservation and potency.

“Some patients will experience some temporary diminishment in erections, but those with good pretreatment erections will be fine.”

Other treatments are still an option

If HIFU isn’t effective and the cancer returns, your doctor can pursue other options, including surgery.

Some treatment options such as radiation therapy generally aren’t used a second time because of the increased risk for negative side effects.

What are the cons of HIFU therapy?

It’s not right for everyone

HIFU is typically used only for localized prostate cancer (cancer that hasn’t spread outside the prostate). It’s best suited for men who are in the early stages of prostate cancer. In more advanced stages when the cancer has moved beyond the prostate, HIFU therapy isn’t effective.

As a treatment for prostate cancer, HIFU has been in use for a little less than two decades outside of the United States.

Because of the fairly recent FDA approval, not all hospitals offer the treatment. Dr. Klein says there are only a few sites in the United States that have the most modern devices for delivering HIFU.

The bottom line: Have the conversation

SBRT: Why More Men Should Know About This Treatment for Prostate Cancer

Managing Side Effects During Cholangiocarcinoma Treatment

Could Hot Flashes or Night Sweats Mean Something Serious?

How to Manage Side Effects of AML Treatment 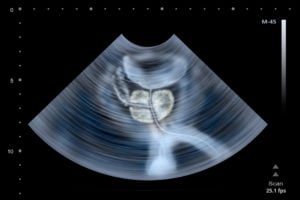 Can Ultrasound Help You Fight Prostate Cancer — and Avoid Surgery?

If you have prostate cancer, you might wonder what treatment options are available to you. High intensity focused ultrasound (HIFU) therapy may help you avoid surgery or radiation therapy. A Cleveland Clinic expert explains the pros and cons to this new procedure for prostate cancer treatment.