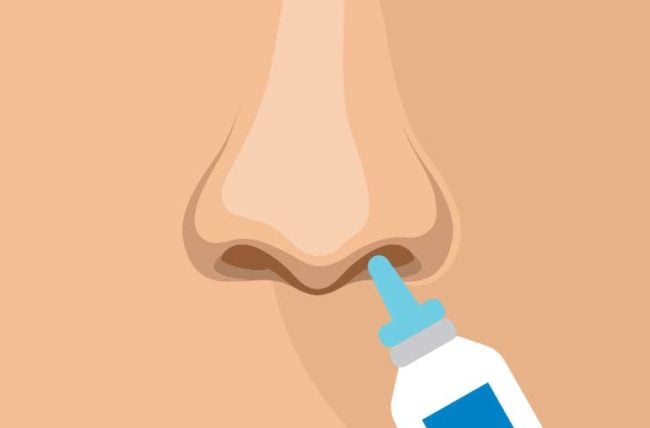 You already know the dangers of sun exposure and tanning beds (including skin cancer, premature aging and more). Now, TikTokers and other social media influencers are touting a new way to get a tan — but it’s a trend you absolutely shouldn’t try.

Nasal tanning spray, as it’s called, contains a lab-made ingredient called Melanotan II, sometimes known as “the Barbie drug.” Users say that snorting it gives them a perma-glow — but the health risks are huge.

Dermatologist Allison Vidimos, RPh, MD, explains how nasal tanning spray works and why it’s so risky to put it in your body.

What are nasal tanning sprays?

Nasal tanning sprays are exactly what they sound like: Sprays, which when inhaled, can lead to a temporary darkening of your skin that makes you look tanner. Their key ingredient, Melanotan II, is completely synthetic, meaning it’s made in a lab.

Melanotan II replicates hormones that already exist in your body. And while that might sound harmless enough, Melanotan II is actually so risky that it’s illegal to sell it in all 50 U.S. states, as well as in the United Kingdom and Australia.

How does nasal tanning spray work?

Melanotan II imitates your body’s natural melanocyte-stimulating hormone, which is responsible for pigmenting your skin. And when you inhale Melanotan II through a nasal tanning spray, it has a direct path into your bloodstream.

That’s because the inside lining of your nose isn’t made of skin, it’s made of something called mucosa (also called a mucous membrane). “Mucosa doesn’t offer the same kind of barrier that skin does,” Dr. Vidimos explains, “so anything that goes into your nose will be absorbed into your bloodstream much more quickly.”

When Melanotan II enters your bloodstream, it stimulates your body’s production of melanin, a naturally occurring substance that lends color to your hair, eyes and skin. But it doesn’t pigment your skin on its own.

“It still requires exposure to harmful UV rays in order to work,” Dr. Vidimos notes. “After you’ve taken Melanotan II, your skin will get tanner than usual (and faster than usual) once you’ve spent time in the sun.”

And the effect only lasts for as long as you use the nasal tanning spray. When you stop, your body’s melanin levels will decrease and your tan will start to fade.

What are the risks?

“Let’s start with this: Snorting anything into your nose isn’t a good idea unless your doctor tells you to do it and it’s approved by the U.S. Food and Drug Administration,” Dr. Vidimos warns. And as we’ve already discussed, Melanotan II definitely isn’t.

Researchers don’t yet know the long-term effects of Melanotan II, but they’ve identified some immediate and scary risks.

Melanotan II comes with a long list of possible side effects, including:

And these aren’t the only or the most severe risks.

Interestingly, Melanotan II products are sometimes marketed as a way to protect you from skin cancer, but the opposite is true. In fact, using it actually increases your exposure to the sun’s effects.

“You’ll start to get tanner when you go into the sun, which means more unsafe sun exposure,” Dr. Vidimos says.

Melanotan II can cause a sudden increase in moles and freckles on your body, and it’s also associated with melanoma, an invasive skin cancer with a high risk of death.

Melanotan II increases your risk of a number of health concerns, some of which can be deadly, including:

There’s no way to know what you’re inhaling

“Because the FDA doesn’t regulate Melanotan II products, you can’t be sure what’s in your inhaled tanning spray, no matter what the label claims,” Dr. Vidimos states.

One study found that “the total amount of Melanotan II in vials ranged between 4.32 and 8.84 mg, although each [seller] claimed that vials contained 10 mg Melanotan II.”

The same study found that as much as 6% of some Melanotan II products were made up of “unknown impurities.” And again, inhaling them through your nose means these chemicals have direct access to your bloodstream. “Any of these chemicals are going to go right into your body,” Dr. Vidimos states.

Want a tan? Do it the safe way

If you’re jonesing for a little bit of a glow, though, there’s a tried-and-true — and much, much safer — route you can take instead.

“Use a spray tan or the kind of gradual tan you can get in a cream or a lotion,” she advises. “These work by changing the color on just the outer layer of your skin (called the stratum corneum), and they don’t end up in your bloodstream. And they’re very safe.”

5 Strange Places You Can Get Melanoma 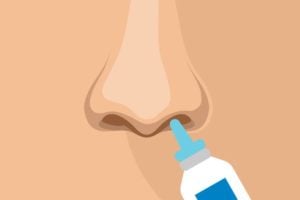 Why You Should Never Use Nasal Tanning Spray

So-called nasal tanning sprays contain a lab-made ingredient called Melanotan II, sometimes known as “the Barbie drug.” While some say snorting it gives them a perma-glow, the health risks are huge.