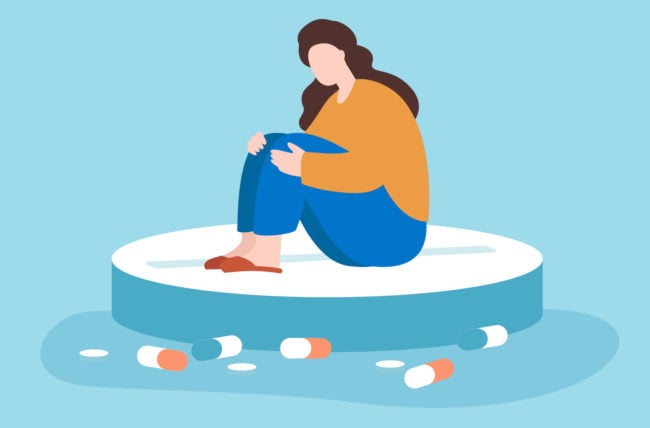 It might be easy to shrug your shoulders whenever you hear someone say “it’s all about mind over matter,” but sometimes, especially with medical research, that’s literally the case. The mind can be a powerful thing that helps your body heal through times of stress and duress, and in some cases, it can be powerful enough to cause what’s known as the placebo effect.

In many clinical trials, researchers use what’s known as a placebo to improve their understanding of how new medical treatments might work. Placebos can come in the form of sugar pills or saline and water injections. In what’s called a double-blind study, one group of patients may be given a placebo, while another is given the actual medication that’s being tested. To avoid any potential bias, neither the patients nor the researchers know which group is taking the placebo.

The effects of the medication and placebos are then studied and compared with one another to determine the effectiveness of the medication itself. But often, those who take a placebo will have just as much of a positive effect as those who’ve taken the actual medication intended to treat certain conditions.

In order to understand what causes the placebo effect, family medicine physician Daniel Allan, MD, shares some of the psychology at play and the importance of expectation versus reality.

Is the placebo effect real?

So, how can a placebo have any real healing properties when it’s nothing more than sugar, salt or water? Well, Dr. Allan says it comes down to a variety of factors that involve setting ourselves up for success based on expectations, conditioning and the release of certain hormones.

“Placebos are not designed to cause any treatment, but by giving it to someone, it can sometimes cause improvement because of its effect on a person’s mind,” says Dr. Allan.

The exact reasons why placebos have positive effects are still being researched, but it seems to stem from a person’s belief or expectation that it’ll actually treat a condition. For example, if someone hypes you up on the medication you’re about to take and comes across as overly positive about how you’ll react to the treatment, the chances of you believing those expectations — and those expectations being met — are much higher.

“The stronger you build up a person’s expectations and belief in their treatment and whether it’s going to work or not, it actually influences the outcome,” says Dr. Allan.

And the more you associate those expectations with positive results, the more you return to that kind of treatment. This behavior, known as conditioning, is a learned behavior, which means you start depending on a specific outcome.

Take, for instance, a simple headache. Maybe you’ve been having headaches on and off for years, and every time you take acetaminophen (Tylenol®), you tend to feel better right away. You might get relief faster than normal because your brain associates that relief with taking medication, when in reality, the medication itself doesn’t act as quickly as you think.

Another example is practicing yoga or meditation: If you’ve experienced a sense of inner calm from either of these rituals, it’s more likely you’ll experience that sense of calm the next time you do it because your brain has begun associating yoga and meditation with stress relief.

“Once you’ve been through something more than once and you have a certain outcome, when you go through a similar experience, your mind begins to expect a certain outcome,” explains Dr. Allan. “That repetitiveness can become a self-fulfilling prophecy.”

This might happen because your brain releases hormones in response to certain behaviors. If, for example, you take a placebo and you’re told it will help you relax and sleep, and their explanation is really believable, your brain might stop producing (or make fewer) stress hormones and release endorphins to help you relax. The opposite is true, too.

“If you give someone a placebo and tell them it’s a stimulant, their pulse rate will go up, their blood pressure increases and their reaction times are enhanced,” notes Dr. Allan.

And the same can be said for more controversial treatments, like unregulated products that claim to contain high concentrations of CBD oil.

“Even if they have nothing in them, there is going to be a certain percentage of people, and in some cases close to 50%, who are going to feel better even if it does nothing,” says Dr. Allan. “The manufacturers know this, so they don’t need to have a terribly effective product in order to find certain people who, under the suggestion of treatment, feel better and go back and buy more.”

Countless studies include the use of placebos. Some studies that have shown placebo effects include:

One study involving migraine treatment examined how a medication’s labeling affected how a patient responded to treatment. In that study, they found that those who were told they were getting a placebo reported just as much relief as those who were given a placebo that had been labeled as the brand-name drug.

“The theory was that people associated the ritual of taking medication with a positive healing effect,” says Dr. Allan. “You might know intellectually that what you’re taking has no effect, but there is the thought that some of these placebo responses are out of your conscious awareness. It’s not something you’re thinking about. It’s beyond that.”

Another study involving irritable bowel syndrome showed patients taking a placebo can experience positive effects 40% to 50% of the time when they have a positive relationship with their healthcare provider.

Do placebos have side effects?

“People anticipated a problem, and a lot of these problems they experienced were influenced by the mind, so side effects occurred,” says Dr. Allan.

Does the Moon Affect Humans? 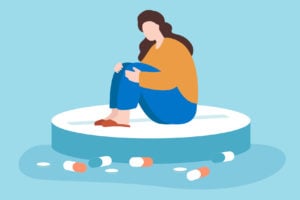 Is “mind over matter” possible? When it comes to the placebo effect, it can be. Research suggests your mind can be as powerful in some cases as the treatment itself.