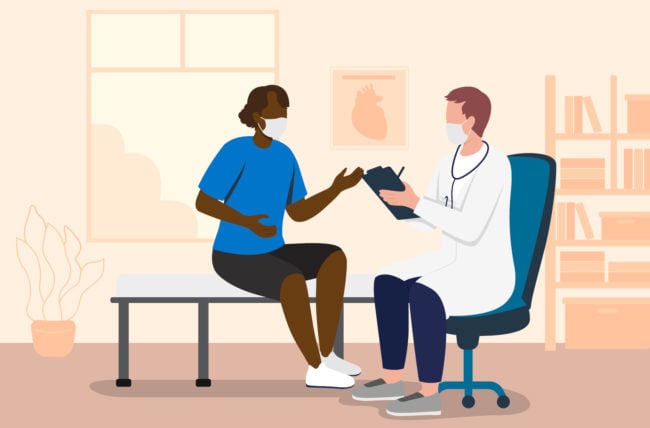 As any parent knows, there’s a long checklist of things your child needs to do before playing a sport. Getting the proper uniform and equipment is step one. Next, there’s carving out time in a busy schedule for practices and games.

But before all that happens, student athletes in most cases need to have a physical. The results determine whether a kid is cleared to play — and can often identify any potential health concerns that might need further examination.

“The American Heart Association has developed a pre-participation screening form,” says Dr. Patel. “This form tries to identify symptoms, based on a child’s personal history and family history, to identify whether an athlete might have an underlying cardiac condition that poses risks. That’s in addition to anything doctors might flag on a physical exam.”

Dr. Patel explains what a cardiac screening includes, at what age a student athlete should get one and why they’re important.

Why should your child get a cardiac screening?

Pre-participation cardiac screening vs. a physical

A cardiac screening is done in addition to a sports physical. Although both exams are meant to measure your health, a physical is more comprehensive and focused on the whole self.

“In a sports physical, doctors want to make sure you’re healthy from head to toe,” explains Dr. Patel. “So, not only is the heart OK, but everything else is OK. And then we’ll ask questions and take a good health inventory. This is to make sure that you don’t have any other conditions that may predispose you to having sports injuries.”

Details covered in a physical include any musculoskeletal problems your child might have, such as a predisposition to ankle injuries. Doctors will also ask about their nutrition and mental health.

What a pre-participation cardiac screening measures

Unlike a physical, which focuses on the overall health of an athlete as it relates to playing sports, a pre-participation cardiac screening is focused on heart health and heart conditions. The screening is divided into three separate factors:

In terms of personal history, a pre-participation cardiac screening asks kids about their own specific background, including:

In a cardiac screening, doctors will also examine a kid’s family history as it relates to the heart. They might ask:

A pre-participation cardiac screening can also include a physical exam. In this, doctors are on the lookout for atypical signs such as:

The best-case scenario is that a doctor won’t find anything of concern during a cardiac screening and a student athlete is given a green light to compete. However, the screening might detect something that warrants a referral to a cardiologist for further evaluation. Results that doctors would flag for more examination include:

However, kids are at an increased risk for cardiac arrest during physical activity if they live with a cardiomyopathy or a condition that affects their heart muscle. Depending on the condition, their heart can be stiff, have scar tissue or become enlarged or thicker. Hypertrophic cardiomyopathy, which is when the heart muscle becomes thicker, is particularly dangerous, Dr. Patel adds.

Symptoms that occur during exertion

You exert yourself during any kind of exercise, but especially when playing sports. When there’s a problem with your heart, you might experience symptoms such as:

Context matters in terms of when those things happen, he adds. For example, running in hot summer weather can lead to dehydration and heat exhaustion (or, in rare cases, heat stroke), which can cause similar symptoms. “If these symptoms don’t subside with rehydrating and resting, and really don’t fit the degree of exertion, then they should definitely get screened.”

Your heart rate naturally increases during exercise. “But if it feels like it’s just beating too fast — or even if they rest and the heart continues to beat very fast or irregular — that would raise concern,” says Dr. Patel.

If you get tired easily or have shortness of breath, this could mean something like exercise-induced asthma, which isn’t a cardiac condition, or deconditioning.

But it could mean something more serious is going on. “It could be signs or symptoms that a heart may not be working well or a heart that is abnormal,” says Dr. Patel. “If blood has difficulty leaving the heart, it can cause these types of symptoms.”

When considering fatigue or symptoms from exertion, it can be a red flag if these signs are new, getting worse over time or are out of character for an athlete. “Is it something that they used to be the fastest kid on the team, and now they’re taking breaks every five minutes?” questions Dr. Patel. “Or are they asking the coach to take a pause or a breather?”

Which athletes should get a cardiac screening?

Doctors generally recommend cardiac screenings for student athletes in middle and high school. “On average, sixth graders who are around 12 years of age would be when screening should start to happen,” says Dr. Patel. “Some of these conditions will not occur at younger ages.” In certain cases, kids under 12 can be evaluated. Generally, that will happen if they exhibit symptoms.

As an example, he mentions tennis, which might not seem very strenuous. “But think about how competitive tennis athletes train,” he continues. “They may condition with running. And when they’re playing a grueling match, that’s maybe more intensive a sport than saying you’re the kicker on the football team.”

Even kids playing recreational sports might benefit from a cardiac screening. “Generally, we think about when cardiac events happen, it’s usually the typical top three — soccer, football and basketball,” notes Dr. Patel. “But events can occur during any sport you could think of, from field hockey to hockey to swimming and beyond. It really is anything where your heart rate gets up, and you’re really pushing yourself and breaking a sweat.”

If a child suddenly develops new symptoms that could signal heart trouble, parents shouldn’t wait until it’s time for an annual checkup to get evaluated. “Even if a kid passed a cardiac screening, any new signs or symptoms that develop should prompt an appropriate follow-up with their primary care provider,” says Dr. Patel.

There are a lot of positives that happen with sports. A pre-participation cardiac screening, when done in tandem with a physical, can bring peace of mind to students and parents alike.

“As the competition gets more intense, so do the stress and the mental health effects,” says Dr. Patel. “We see famous athletes take breaks from their sports because of that. An evaluation should be a holistic global process. You want to make sure a child is both healthy from a heart standpoint — but also healthy from a mind and body standpoint, so that they can enjoy sports and be safe.”

How to Know If Your Heart Can Handle Non-Cardiac Surgery

Athletes With Enlarged Hearts: Is It Harmless or Serious?

When Can Kids Return to Sports After COVID-19?

Do You Need a Yearly Physical? 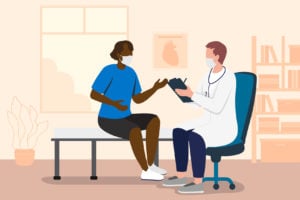 What Is a Cardiac Screening for Sports?

When should a student athlete have a pre-participation cardiac screening as part of their annual get-ready-for-sports routine? A pediatric cardiologist explains what this is —and who could benefit from one.