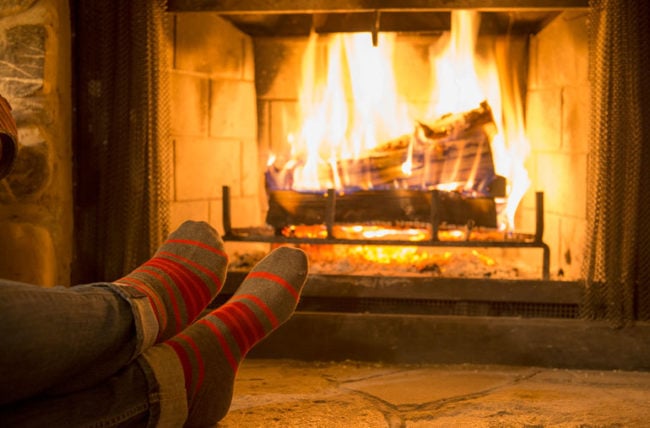 There are potentially serious adverse health effects when you breathe in smoke from wood fires in your home fireplace. That’s because smoke from these fires contains small particles that can get into your eyes and respiratory system and the result can be a cough, burning eyes, a runny nose and illnesses such as bronchitis, says allergist and immunologist Sheila Cain, MD.

“Small particles less than 10 micrometers in diameter pose the greatest health problems because they can get deep into the lungs,” says Dr. Cain. “Some may even get into the bloodstream.”

Among these particles are fine particles, which are smaller than 2.5 micrometers in diameter, and these fine particles can affect your lungs. Wood smoke can also contain several toxic substances such as benzene, formaldehyde, acrolein and methane.

Smoke has a negative effect on your lungs

“It’s important to limit your exposure to smoke,” says Dr. Cain. “Exposure to wood-burning smoke can cause asthma attacks and bronchitis and also can aggravate heart and lung disease.”

People with heart or lung diseases, diabetes, children and older adults are the most likely to be affected by particle pollution exposure. Wood smoke has health effects like lung cancer, wheezing and premature death, too.

“If someone living in your home has a history of lung disease, such as asthma, try to avoid using of wood-burning fireplaces and wood-burning stoves,” says Dr. Cain. “Even healthy people may experience temporary symptoms from exposure to elevated levels of particle pollution that a wood fire creates.”

In addition to the fireplace smoke that can be released inside the home, research has shown that up to 70% of smoke released via the chimney re-enters your home.

If you’re using a fireplace and smell smoke in your home, the fireplace probably isn’t working as it should, according to the U.S. Environmental Protection Agency (EPA). If you do decide to use your wood-burning fireplace, the EPA has these suggestions for safer fires:

“If you’re thinking about switching to a gas fireplace to avoid the health hazards of a wood-burning fireplace, gas fireplaces also may affect indoor air quality,” she says. “They emit nitrogen dioxide, which is a respiratory irritant.”

The American Lung Association recommends using natural gas stoves and heaters instead of wood-burning fireplaces to heat your home or water. If you do go this route, make sure they’re fully vented outdoors to keep pollutants out.

Reduce wood smoke in your home

One way you can reduce your health risks with burning wood in your home is to use newer fireplace inserts. Those manufactured after 1992 are significantly cleaner-burning than older models because of federal air quality regulations that went into effect at that time, according to the EPA.

If these newer appliances are properly installed, well-maintained and used correctly, they can reduce outdoor and indoor air pollution resulting from burning wood – and consequently, help reduce risks to your health.

House Fires: The Fatal Danger Beyond the Flames

Fire Pits, Bonfires and Your Lungs: Safety Tips to Follow

Worried if Candles Are Toxic?

Is There a Safe (and Warm) Way to Gather Outside During the Pandemic? 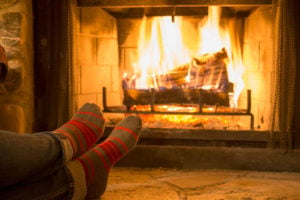 That Cozy Fire Could Be Hazardous to Your Health

Fires are cozy, but they can cause lung problems if you have a history of lung disease. From using the right wood to newer inserts, get tips for minimizing your risk.