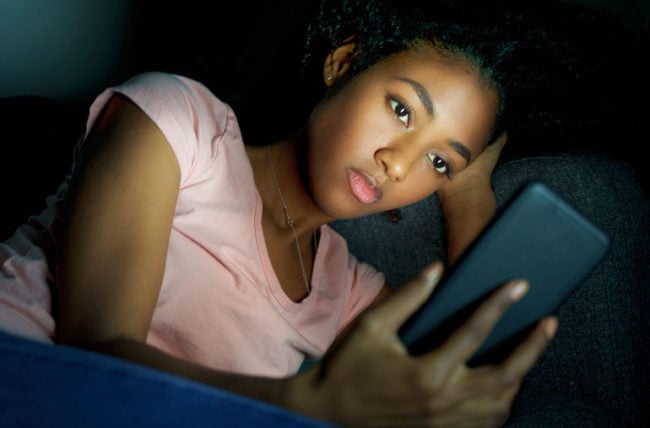 Tics are more common in young boys than in teenage girls. So medical professionals around the world were surprised and stumped when the pandemic began and teen girls started coming to them in droves to report the sudden onset of uncontrollable physical and verbal tics.

The tics mimic those seen in Tourette syndrome, a neurological disorder that causes uncontainable movements and vocal sounds. But Tourette’s, which is relatively uncommon, is four times more likely in boys than in girls and typically presents between ages 5 and 7.

So why the sudden rise in teen girls experiencing Tourette’s-like symptoms? Pediatric neurologist Mohammed Aldosari, MD, talks about this disconcerting data, including the role of the social media platform TikTok and what parents can do.

A rise in teen girls with Tourette’s-like tics

Throughout the pandemic, doctors began seeing more and more teenage girls who were experiencing a sudden appearance of verbal and motor tics. They’d shout the same phrases over and ever, seemingly at random, and display jerking or flapping movements.

As doctors across geographic regions began to communicate with one another, they realized they were all seeing the same thing — around the world.

“Initially, everyone thought they were seeing an isolated phenomenon,” Dr. Aldosari says, “but it turns out that we’re all seeing it — a different age of onset, and disturbingly, an explosive onset. In just a few hours, maybe a day or two, girls who have no history of tics suddenly start to experience a lot of movement and vocalization.”

Many teens report having been removed from classes at school for being disruptive, due to their inability to control their tics. One study found that these sudden-onset tics were “overall severe and frequent,” occurring about 29 times per minute.

Before the pandemic, the sudden onset of unexplained tics accounted for only about 1% of total tic disorder cases. An August 2021 study shows that they now account for up to 35% of cases.

TikTok tics: what teens are doing

Globally, doctors were seeing that teens with sudden-onset tics shouted the exact same phrases and experienced the same uncontrolled movements:

The similarities in tics — especially given patients’ geographic distance — gave doctors their first clue that social media was at the root of the phenomenon. That’s because true Tourette syndrome tics are unique to each person, not so overwhelmingly alike.

“When we noticed that we were all seeing similar presentations, that was the first alarm that this is not Tourette’s,” Aldosari says. “

It turns out that these tics are specific to a few content creators on TikTok — individuals with Tourette syndrome whose videos have been viewed hundreds of thousands, if not millions, of times.

Why teens are developing tics during the pandemic

Teens experiencing sudden-onset tics do not have Tourette syndrome, Dr. Aldosari says, even if the behavior seems similar. Rather, studies show that they’re experiencing a movement disorder brought on by stress and anxiety — presumably made worse by the pandemic and teens’ increased social media consumption.

“These tics are a complex way for the brain to release overwhelming stress,” Dr. Aldosari explains. “Essentially, their brains express an emotional stressor as a physical disorder.”

“Boys are typically the ones who have typical tics,” Dr. Aldosari says, “but anxiety is more dominant in girls, and girls may be more susceptible to being affected by influencers, for good or for bad — both before and during the pandemic. All of that is, I think, why we’re seeing this happen more in girls.”

Are they making it up?

Though these teens’ tics aren’t indicative of Tourette syndrome, they’re still very real and very troubling, Dr. Aldosari says. If you’re the parent of a teen who’s experiencing these tics, check your inclination to chalk it up to drama or purposeful imitation.

“These teens don’t intend to take on tic-like behaviors, and so they become distressed when their families or medical professionals just dismiss them or even doubt them,” Dr. Aldosari explains. “The worst message they can get is that they’re ‘faking it.’”

What to do for teens with sudden tics

Dr. Aldosari says teenage patients (and their families) are likely to be reassured by the knowledge that this now is a known medical issue and that there is nothing physically wrong with their brains.

“Now we can say that this has been seen before and that it’s the response of your brain when it’s under extreme stress and overwhelm,” he says. “And then most of these young people would benefit from behavioral therapy.”

While people with Tourette syndrome frequently benefit from using medications when behavioral therapy alone is not helpful, Dr. Aldosari says teens with TikTok-induced tics will benefit more from therapy.

Can TikTok-induced tics be prevented?

“When it comes to social media, this should be a wake-up call for us all,” Dr. Aldosari says.

Responsible digital consumption is key. Whether your child has not yet begun using social media or already spends a lot of time on it, have the conversation now about the risks of being online too much — not just tics but everything from self-esteem issues to doomscrolling, from risk-taking to sleep problems.

“Do your best to be careful about how you introduce social media, what sites your child uses and who they follow and their overall amount of exposure to social media,” Dr. Aldosari says. “Kids who are anxious or heavily influenced by others may need more counsel and moderation ahead of time — before they ever get to this point.”

Teen Coping Skills: Dealing With Disappointment When Coronavirus Cancels Everything 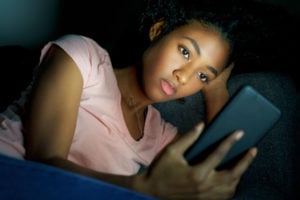 Is TikTok Causing Tics in Teen Girls? What Parents Need to Know

Why the sudden rise in teen girls experiencing Tourette’s-like symptoms? A pediatric neurologist talks about the role of the social media platform TikTok and what parents can do.