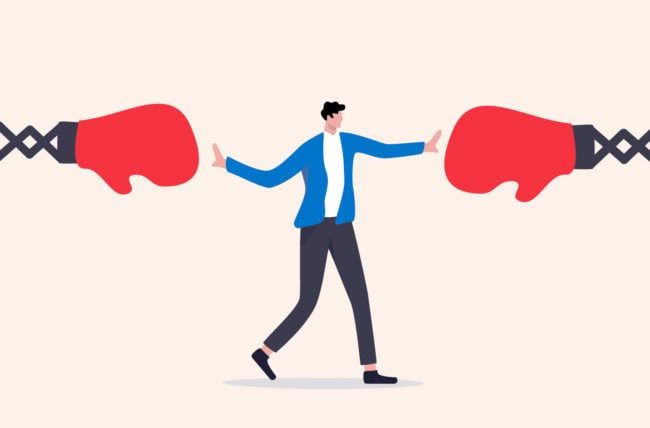 Some days, we can be our own worst critics. It’s like there’s a constant commentator in your head nitpicking every single thing you do.

The truth is, negative self-talk happens to the best of us. But it becomes hard to shake off if you’re surrounding yourself with it consistently — and it can start to take a toll on your mental health and relationships.

Psychologist Lauren Alexander, PhD, explains what negative self-talk is and how to stop it in its tracks.

What is negative self-talk?

You may wonder how negative self-talk works. Is feeling down on yourself always harmful? Not necessarily.

We’re all human. We all make mistakes. We all feel down or irritated with ourselves at times. The occasional “Oh, that was stupid of me” or “Why did I do that?!” in response to a mess-up isn’t uncommon.

“Everyone, at some point, has had some level of negative self-talk. Maybe they’ve called themselves a name or something like that,” says Dr. Alexander. “If that’s something you say to yourself occasionally, it’s not going to necessarily have a whole lot of impact on you. Harmful negative self-talk is when the dialogue in someone’s head is constantly negative, maybe more negative than it is positive.”

Negative self-talk is more than just feeling down on yourself. Sure, everyone feels a little defeated at times — it’s a natural part of life. Similarly, it’s also important to be self-aware and know when you make mistakes.

That’s why, Dr. Alexander points out, negative self-talk becomes harmful when it becomes the primary way you talk to yourself.

Some examples of negative self-talk include:

If you find yourself engaging in this kind of inner conversation all of the time — whether that’s actually saying it out loud to the people around you or only in your mind — your negative self-talk may impact your mental well-being.

How negative self-talk can be harmful

The way we speak to ourselves matters. It’s the story we tell ourselves about our lives, feelings and experiences. Pay attention if you’re bogging yourself down with negative thoughts and self-criticism and look for ways to change it (more on that in a bit).

Here are some very real ways that being stuck in a bad headspace can affect you:

How to overcome negative self-talk

Ask yourself: “Would I say these negative things about my closest friends?”

Probably not. So, you need to learn how to treat yourself with the same gentle care and respect as you do your loved ones.

Here are some ways to cope with negative self-talk:

You may think that the perfect antidote to negative self-talk is positive self-talk. But that may be too big of a jump for some people. The truth is, the key to being kinder to yourself doesn’t necessarily need to be praising yourself — especially if it doesn’t feel sincere.

“It’s probably not going to feel very natural at first,” says Dr. Alexander. Instead, she recommends neutralizing your thoughts. Take them from being so extremely negative to a more realistic and balanced version of what you’re thinking.

She offers this example to show how our thoughts can be distorted:

The key to doing this successfully? Dr. Alexander says it’s catching yourself in these thoughts and swatting them away like an annoying fly.

“Then, as you practice, you can start to transition into some more positive thinking. You can highlight some of your positive attributes, the things that you do right,” Dr. Alexander adds. “And then, starting to sow a different style of thinking, slowly but surely. It certainly takes time.”

The best way to form healthy habits is through repetition. But habits won’t change overnight.

“That which is repeated over and over will eventually get ingrained in your mind,” reassures Dr. Alexander. “That’s how the negative thoughts got there in the first place. You’re repeating them over and over.” Instead, try repeating more balanced thoughts to replace the negative ones.

Writing down realistic or positive thoughts can also help them take hold. Anything that helps create a new narrative in your head can filter out the negative thoughts. Dr. Alexander recommends using thought cards — where you write the thoughts you want to have on a card and read them to yourself.

We all know the importance of self-discipline and staying humble. But you don’t have to be mean to yourself in the process. In fact, negative self-talk can be what holds you back from being more successful.

All of this to say, constant negative self-talk isn’t going to make you more self-aware or help you get things done faster or better. A comment to yourself here and there to “do better” or “get back on your feet” is one thing, but you can’t let it cross over into harmful territory.

“When we’re talking about someone who is just burdened, overloaded with negative self-talk, it does exactly the opposite,” explains Dr. Alexander. “It creates more negative emotions. They feel more uncomfortable.”

Being kind to yourself is sometimes easier said than done. Life can throw some punches at us that we may not expect, and we often go straight to blaming ourselves. While it’s normal to feel like this once in a while, a never-ending stream of negative thoughts towards yourself can become very toxic very fast. But the good news is, you can reword these thoughts through practice and self-assurance.

Feeling Low? Here Are 4 Ways To Boost Your Self-Esteem

Scarcity Mindset: Causes and How To Overcome It

Why Deadnaming Is Harmful

4 Things That Might Be Affecting Your Daughter’s Body Image 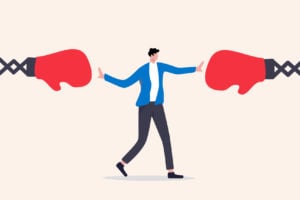 Constantly Down on Yourself? How To Stop Negative Self-Talk

Down on yourself again? If you catch yourself thinking more and more bad thoughts about yourself, there are ways to stop this harmful habit in its tracks.