Headaches are certainly never a welcome development. That goes double for a migraine headache. Caused by a neurological disease, these headaches are often extraordinarily painful and debilitating.

“Migraines are highly prevalent,” says headache specialist Emad Estemalik, MD. They can be caused by changes to barometric pressure or weather. Stress, anxiety or depression can also increase how often these headaches occur.

More women experience migraines than men — Dr. Estemalik says roughly 16% to 18% of women have migraines, as compared to 6% and 8% of men. “With women, there tends to be the hormonal factor,” he says. “Women during childbearing age will have the highest frequency of migraines, and they usually start after the onset of the menstrual cycle and tend to improve as women approach or undergo menopause.”

If you have episodic (or occasional) migraines, you’re also not alone. In fact, roughly 2% to 5% of people who get episodic migraines will evolve into having chronic migraines, defined as having more than 15 days with a headache monthly.

What is a migraine with aura?

When you see black spots or experience any sort of visual changes with migraines, these may indicate you’re having a migraine with aura.

Auras can look like black spots or zigzag lines or can cause temporary peripheral vision loss and sensory changes; these symptoms are all part of the migraine cascade. “Auras could be visual, they could be sensory,” says Dr. Estemalik. “You might even have some difficulty articulating your words — so there are speech changes.” Auras can be followed by a headache, though not always. “They can occur without a headache.”

Having an aura can be very scary, as the symptoms can mimic that of a stroke or other neurological conditions. Dr. Estemalik stresses that if you experience auras, you need to take them seriously. “Any new onset of symptoms like that needs to be looked at.”

Remedies that can help soothe a migraine headache

To reduce the frequency and occurrence of migraines, here are a few remedies:

First and foremost, making lifestyle or behavioral changes can help with migraines. That means exercising more, reducing your screen time and getting proper amounts of sleep. Reducing your stress can also help — or doing things like dimming the lights or using a cold washcloth on your forehead if the pain is too great.

However, what works for one person might not work for you, so it’s best to look at your individual lifestyle and migraine frequency and adjust accordingly. “Everybody knows what works for them,” says Dr. Estemalik.

Changing what you eat can help with migraines. In particular, it’s crucial to avoid eating foods that contain nitric oxide or monosodium glutamate (MSG); the latter is especially linked with increased migraines.

Some common foods to avoid include:

Magnesium is also especially good for reducing auras. “I recommend taking daily magnesium as a simple, over-the-counter strategy,” says Dr. Estemalik. “A dose of magnesium of 400 to 500 mg can protect against these auras, and we often advise patients to take an extra magnesium when they experience their aura.” He does caution to watch out for magnesium side effects, though, such as diarrhea.

To treat severe migraines, you might need medication that stops them in their tracks after they’ve started, or take preventive medicines that keeps them at bay. “These can vary from a daily oral preventive medication to monthly migraine injections,” Dr. Estemalik says, citing botulinum toxin or neuromodulation as two specific examples of successful options. “There’s a whole bunch of new treatments.”

Can piercings help with migraines?

Although some people claim piercings can help with migraines, Dr. Estemalik says that’s not true. “There’s no evidence or data to support this.”

Where do I go for migraine treatments?

The best first step in migraine treatment is a conversation with your healthcare provider. “Talk to your primary care provider about the frequency and severity of migraines, and if there’s any concern about secondary causes, you might see a headache specialist or a neurologist to determine next steps.”

Once you settle on the right treatment, Dr. Estemalik recommends just keeping at it — relief should come soon. “Usually if you stick to a good regimen, within a couple of months, you could see a change in headaches frequency.”

What Can I Do To Avoid Headache and Migraine Triggers?

Vestibular Migraines: Why This Dizzying Type of Migraine Is a Little Strange

These 10 Migraine Myths Are Hogwash 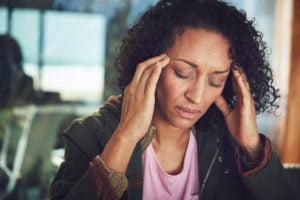 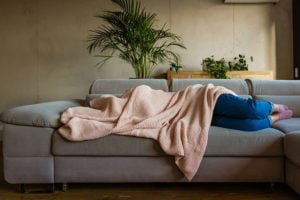 What Can Help a Migraine?