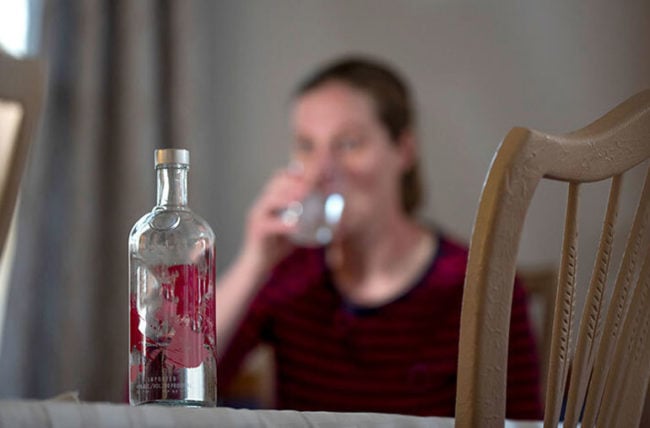 It’s not uncommon for some people to unwind from a rough, stressful day by drinking alcohol. Maybe it’s a glass of wine, a stiff martini, or just cracking open a cold beer, but the idea is that a bit of booze might help you relax.

While there’s nothing wrong with the occasional drink, though, experts say that while depending on alcohol to lift your mood may seem like a good idea, it actually does the opposite. And it can have an impact in multiple ways.

Denise Graham, a counselor in Cleveland Clinic’s Alcohol and Drug Recovery Center (ADRC), points out that stress and anxiety levels for many people are higher than usual due to so much social and economic unrest in the world.

“Even people who aren’t predisposed to anxiety and depression are now experiencing that, too,” she says.

Drinking a glass of rosé or having a stiff glass of scotch can, indeed, provide you with a bit of relaxation up front, releasing endorphins and boosting serotonin levels, Graham says. But that’s only a short-term fix that leads to long-term problems.

“If you rely on alcohol for happiness and pleasure, even numbing the stress, then that can actually cause significant problems down the road,” Graham notes. “You’re not learning how to cope with things as they are right now. You’re not learning to cope in healthy ways.”

Instead, if someone increases their dependence on alcohol to deal with stress, that leads to the exacerbation of depression and anxiety. Graham also says that increased alcohol intake can lead to “ruminating on negative things, the sort of dread thoughts that can heighten your emotional state.”

Even if the drinking is new, increased during a time of stress, it can still lead to a long-term dependence on alcohol. “You can become addicted to alcohol without even knowing it,” says Graham. “All you think about is the alcohol. You don’t want to go out. You don’t want to do anything because all you’re thinking about is getting that next drink. It’s instant gratification. ‘I don’t feel any feelings. I don’t have to deal with any stress. I can just sit here and drink.’”

While it’s harder to determine the specific effects of short-term dependency on alcohol, like drinking to deal with a stressful situation, it can still wreak havoc. Dr. Lindenmeyer also concurs on avoiding alcohol as it’s a depressant: “Alcohol is a downer so it doesn’t promote energy.”

If your increase in alcohol intake is recent, according to Dr. Lindenmeyer, you’re unlikely to cause liver damage in the short term. “But,” she adds, “it can predispose you to developing bad habits and alcohol abuse in the long term which can certainly lead to chronic liver disease related to alcohol use.”

“Alcohol use itself, in addition to not eating well in times of increased alcohol intake, can suppress your immune system, so you’re less able to fight off infections,” she notes.

And certainly don’t depend on it to help you sleep better. “It’s quite disruptive to your sleep cycle and can cause you to be more fatigued,” Dr. Lindenmeyer offers. That’s because when alcohol is used as a sleep aid, it reduces the amount of time you spend in the REM (rapid eye movement) stage of sleep. Instead, she says, “You may fall asleep faster and you may sleep more deeply for the first few hours, but you’re not reaching the truly restorative stage of the sleep cycle – the REM stage. As a result, the next day you are likely to be more drowsy and feel less rested.”

Beyond that, it’s also a way to pack on extra calories. “If you’re trying to feel better and improve your mood, what you don’t want to be doing is taking in excess, meaningless calories,” says Dr. Lindenmeyer. “The extra calories from alcohol can result in weight gain and could contribute to having a poor self-image or even more stress in the long run.”

During times of stress, it’s important to find healthy outlets to process pent-up emotions and cope. Staying in touch with friends and family is key, whether it’s face-to-face or over an online platform such as FaceTime.

Graham also recommends getting outside: “Sit out on your porch, play around in your backyard or in the garden. As the weather changes, these are really good things to do because it gives you fresh air and a change of scenery. You’re out, you’re engaging in something pleasurable.”

Both Graham and Dr. Lindenmeyer also emphasize the resources available to those struggling with alcohol and alcohol addiction.

“It’s important for people to understand that even if they are feeling isolated, experiencing increased stress, or dealing with anxiety or depression, there are resources to help,” says Dr. Lindenmeyer. “Many treatment programs even have online options.”

Connect with an organization such as Alcoholics Anonymous or talk to your healthcare provider. “Just know that you can reach out and find people who are ready to offer whatever support you need,” says Graham.

Why You Should Limit Alcohol Before Bed for Better Sleep

Best Ways to Prepare Yourself for Surgery

How To Keep Sore Hips, Knees and Shoulders From Ruining Your Sleep 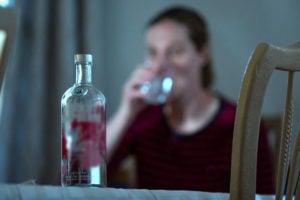 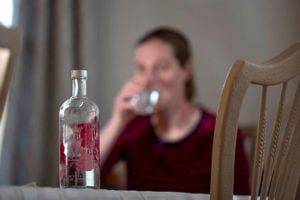 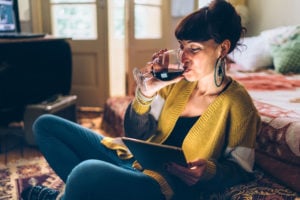 Why You Shouldn’t Rely on Alcohol During Times of Stress

While it may be tempting to use alcohol to deal with times of stress, it could have an adverse effect on both your behavioral and physical health.