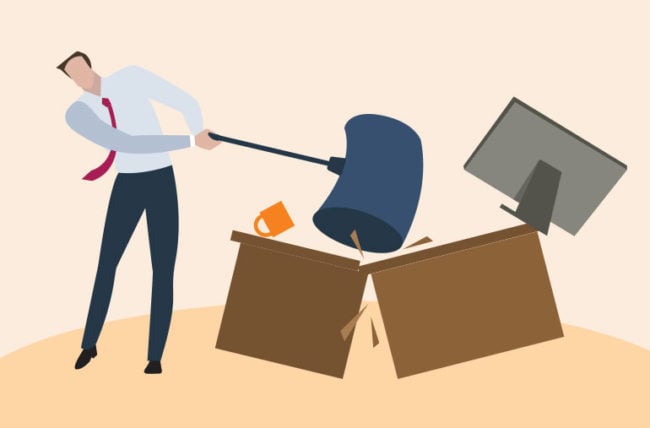 Your heart is pounding. You’re clenching your fists. Your face is beet red. Have you ever felt so angry you just wanted to — just break something? Now you can, thanks to rage rooms (aka anger rooms or smash rooms). For a price, these facilities will let you blow off steam by flinging dishes, smashing computers and destroying furniture.

But while the idea of using a sledgehammer to smash a television may sound appealing after a frustrating day at work (or, say, a particularly annoying fight with your partner), rage rooms may not help you cope with your anger in a healthy way.

Is expressing your anger a good thing?

There’s no disputing that finding a way to express your anger is healthy.

“Repressed anger produces all sorts of problems,” says clinical psychologist Scott Bea, PsyD. “It can contribute to physiological symptoms, or psychological symptoms like anxiety. The way in which we manage anger is significant.”

The problem is, we don’t always know how to manage anger constructively.

“We have this culture in which people are often really angry. Yet we’ve not taught people how to express anger in healthy ways, or what anger’s all about, or how it’s sometimes useful,” Dr. Bea says.

Rage or anger rooms are one way to discharge feelings of anger, but they likely don’t make much of a difference in the long run, he says.

“There probably is a discharge of pent-up emotion in those moments, but I think it’s probably short-lived,” he says. Smashing stuff might give you some short-term relief, but it won’t do much to help you solve chronic anger problems.

Is there a danger in anger rooms?

Not only do rage rooms provide only short-lived benefits, they may pose a danger to some people.

Those with serious anger problems who have become violent or destructive in the past might seem like the perfect customers for anger rooms. However, a rage room likely would only reinforce those negative ways of coping, Dr. Bea says.

“The much greater challenge is to learn more appropriate ways of noticing and expressing anger,” he says. “It’s important for people to take responsibility for their actions and to learn different ways to react.”

Anger rooms and other physical outlets for anger may temporarily expel the bad feelings. But they don’t address the underlying cause of anger, or help people learn healthier ways to manage their emotions.

Forbidden fun? Or go ahead and indulge?

Should you stay away from rage rooms entirely? Not necessarily, Dr. Bea says.

“I think it’s fine if you want to go have fun with it, but I don’t think it’s particularly therapeutic,” he says.

Some people get a kick out of smashing stuff just because it’s usually forbidden, and that’s OK. But if you are struggling with a serious anger issue, skip the anger room and find a therapist.

Working with a therapist on relaxation techniques, cognitive restructuring (a way of changing your thinking) and communication skills can help you feel more in control of your emotions in the long-term, Dr. Bea says.

How to Find Relief From Myofascial Pain Syndrome

Virtual Learning Anxiety: How to Help Your Kids 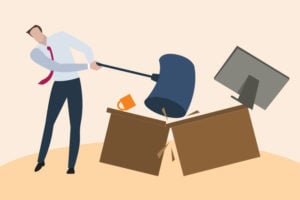 Feel like smashing something when you’re angry? Rage (or anger) rooms can help you with that. But they can’t help you learn to better express and manage your emotions.