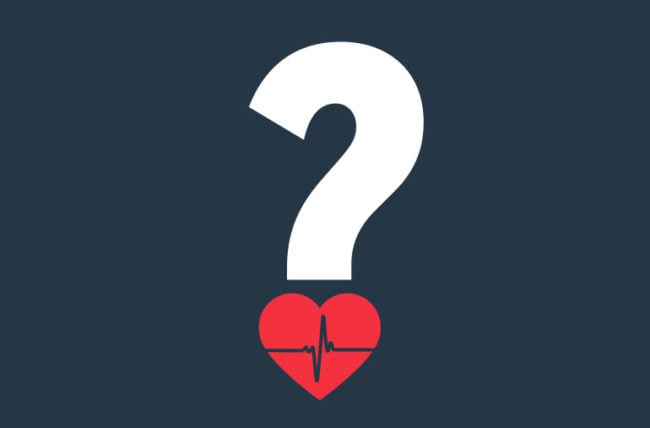 Butterflies in the stomach can signal excitement or nervousness, but fluttering in the chest can signal a short circuit in the heart’s natural electrical wiring called arrhythmia. Atrial fibrillation (Afib), the most common arrhythmia, is an off-speed rhythm in the heart’s upper chambers.

Afib may be linked to conditions such as high blood pressure (hypertension), coronary artery disease, heart valve disease, heart failure, chronic lung disease or just part of the aging process, among others. But in 10% of cases, Afib isn’t associated with any other disease.

Afib can cause heart palpitations, dizziness, fatigue, chest discomfort and shortness of breath. However, up to 30% of Afib episodes cause no symptoms at all. Electrophysiologist Walid Saliba, MD, addresses some common myths about Afib:

Myth #1: If you had just one or two episodes of Afib, it probably won’t come back.

Fact: Atrial fibrillation is almost always a recurring disease and lifelong treatment is needed to minimize symptoms and to avoid stroke and heart failure. Early on, episodes of Afib tend to be sporadic and self terminating. These are called paroxysmal atrial fibrillation.

“Over time, episodes usually become more frequent and last longer,” says Dr. Saliba. “Up to 30% of Afib episodes cause no symptoms at all, but treatment is still needed to prevent stroke in high risk patients.”

Treatment include lifestyle changes, medicine, procedures or surgery. Talk to your cardiologist to find the best treatment for you.

Fact: Electrical cardioversion can “shock” the heart back to normal rhythm, but it does not guarantee that normal rhythm will be maintained. Medication or ablation may be needed to maintain normal heart rhythm and minimize the risk of recurrence of the arrhythmia.

“Up to three types of medication are used in combination to treat Afib: those that control heart rate, such as beta blockers; anti-arrhythmic drugs to help maintain normal rhythm; and anticoagulants, also known as blood thinners, to prevent blood clots and reduce the risk of stroke,” says Dr. Saliba.

Sometimes, a pacemaker is used to treat the slow heart beat that results from using these medications to treat Afib. However, the pacemaker by itself does not convert or help maintain normal rhythm.

Myth #3: Your medicine isn’t working if you still get episodes of Afib.

Fact: Medication will not cure Afib, but it will relieve symptoms by decreasing the frequency and duration of episodes. Reducing someone’s episodes from frequent to occasional is considered adequate treatment as long as the symptoms don’t trouble them. However, medications tend to become less effective over time and when that happens, other treatment modalities such as catheter ablation is more likely to help.

Myth #4: Catheter ablation won’t help you if it doesn’t take the first time.

Fact: Catheter ablation uses radiofrequency (heat) energy or cryoenergy (intense cold) to interrupt faulty electrical pathways in the heart. Sometimes more than one catheter ablation procedure is needed to get the desired result.

“The success rate of 70 to 80% after one catheter ablation goes up to 90% after a second or third one if there is no underlying heart disease,” says Dr. Saliba. “When Afib is chronic or when there is underlying heart disease and the heart’s upper chambers (atria) are usually severely enlarged, maze surgery or Hybrid procedure (which includes surgery and ablation) may be recommended.”

Myth #5: If ablation works, you can stop taking blood thinning medications like warfarin (Coumadin®) or other newer anticoagulants.

Fact: The decision to continue or stop anticoagulation depends upon the risk factors for stroke in each individual patient rather than on the success of the ablation.

Doctors calculate stroke risk in patients with Afib using a formula called the CHA₂DS₂-VASc Score. This score is based on the following risk factors:

“Sometimes, a patient has a history of bleeding and cannot take long term blood thinners,” says Dr. Saliba. “In such patients, a procedure to occlude the left atrial appendage (LAA: an outpocketing of the left atrium where clots tend to form in atrial fibrillation) with a special device is recommended. This can reduce the risk of stroke without the need for long term blood thinners.”

Myth #6: If you take medication for Afib and no longer have symptoms, you’re cured.

“Ablation or surgery offers the closest possible symptom relief,” says Dr. Saliba. “Although there is no rush to undergo ablation if you are doing well on medication, it offers the alternative to stop the medication, especially if a patient is experiencing side effects. Ablation is safe even for patients in their 60s and 70s.”

Episodes of Afib can be triggered by stress, sleep apnea, alcohol and caffeinated beverages. Your cardiologist will be able to answer any concerns you may have. Meanwhile, to minimize symptoms of Afib and to improve heart health, it’s important to make a few lifestyle changes:

Can You Avoid Irregular Rhythm After Heart Surgery?

When You Should See a Doctor About Shortness of Breath

How You Can Avoid Holiday Heart Syndrome

Managing Your Atrial Fibrillation: What to Eat (and Avoid) 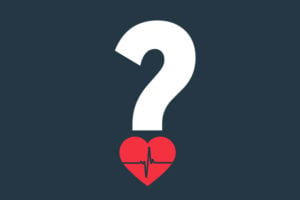 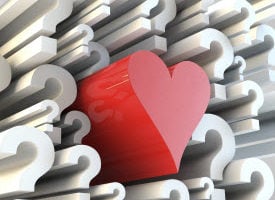 Our experts debunk some common myths about A-fib, the most common arrhythmia in the U.S.