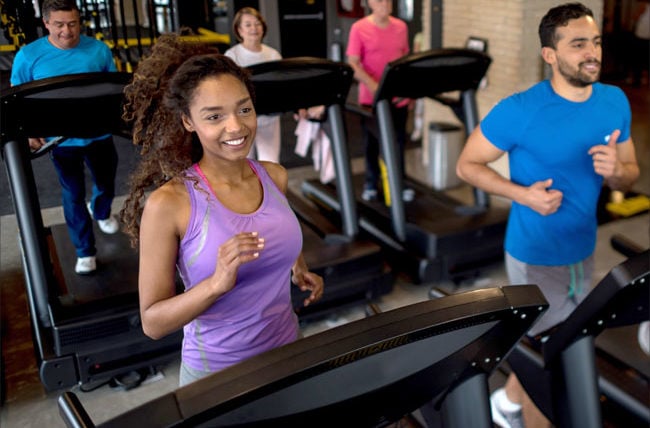 There’s no such thing as too much of a good thing when it comes to cardio fitness, according to a large new study.

The study found no upper limit to the benefits of aerobic fitness in terms of reducing risk of death. Higher levels of cardiorespiratory fitness were associated with longer survival.

Extreme aerobic fitness showed the greatest benefit to participants’ longevity, and that benefit was particularly noticeable in people age 70 and older. It even showed great benefit to people with hypertension.

Poor fitness, on the other hand, posed a comparable mortality risk to participants as cardiovascular disease, diabetes and smoking.

The study’s findings emphasize the long-term benefits of exercise and fitness, even to extreme levels, regardless of age, the researchers say.

“We found in our study there is no limit to how much exercise is too much,” says Wael Jaber, MD, a cardiologist and senior author of the study.

These findings counter other recent studies that have suggested a relationship between extreme exercise and negative effects on the heart, such as atrial fibrillation and coronary artery disease. But the researchers say those studies are limited by their dependence on data that was self-reported by participants.

“This relationship has never been looked at using an objective fitness measure like treadmill test results, and it had never been studied at such a large scale,” says Kyle Mandsager, MD, an electrophysiology fellow who also worked on the study.

It is important to note that the study analyzed findings over a large population, and individual patients should always check with their healthcare provider before starting an exercise program.

“In consultation with their physician, individuals should aim to maintain the highest exercise performance they can regardless of age, sex or prior history of heart disease,” Dr. Jaber says.

How Effective Are Resistance Bands for Strength Training?

10 Ways To Get Rid of Belly Fat for Good

Want to Add Up to Another 14 Years to Your Life? Adopt These 5 Healthy Habits

What To Know About Long COVID in Kids 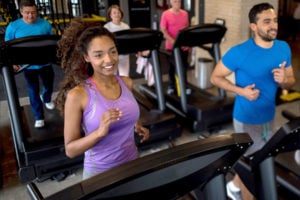 There’s no such thing as too much cardio exercise, according to a large new study, which found no upper limit to the benefits of aerobic fitness in terms of reducing risk of death.