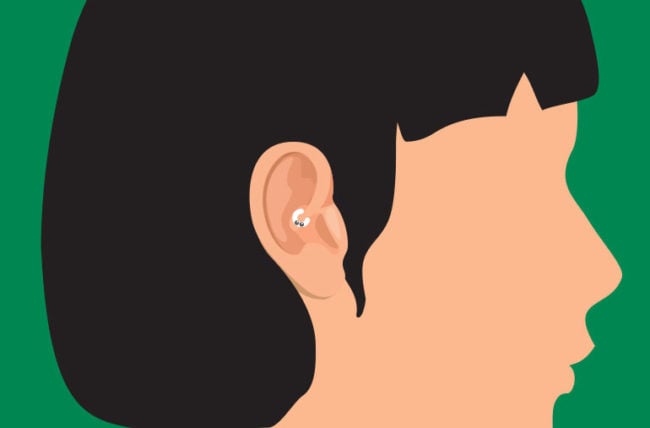 If you’re among the 12% of the U.S. population who get migraines, you know how intensely painful one of these headaches can be.

You may have tried everything to get rid of the excruciating hurt, including pain-relieving pills, changes to your diet and aromatherapy. Unfortunately, there’s no permanent cure for the tendency to get migraines.

If you’re frustrated, you might even be willing to try an ear piercing — called a daith piercing — that boasts it will get rid of your migraines forever. But does it work? Headache specialist Emad Estemalik, MD, clears the rumors about this piercing trend.

What is a daith piercing?

A daith piercing is a piercing in the place where the cartilage ridge inside your outer ear, called the helix, ends above the opening to your ear canal. Acupuncture targets this area to relieve migraine headache pain, so the theory is that piercing this trigger point can permanently relieve migraines.

While some people swear that a daith piercing gets rid of their migraines, what’s probably at work is a temporary placebo effect, says Dr. Estemalik.

A placebo is an inactive treatment, such as a sugar pill, that mimics an active medication or therapy. The placebo effect happens when you believe the placebo (whether a pill or, in this case, a piercing) is effective. In turn, the placebo affects the medical condition — and can positively affect the perception of pain.

“Placebos aside, there is no scientific evidence or clinical trial results that support ear piercing as a solution to migraines,” Dr. Estemalik says. “There’s nothing in literature I’ve heard of, nothing I’ve read about, nothing I have studied out there that supports such a procedure to treat migraine headaches,” he says. “Receiving a piercing in that area will not alter the pain pathway of migraine.”

The exact causes of migraines are unknown, although they are related to changes in the brain as well as to genetic causes. People with migraines may inherit the tendency to be affected by certain migraine triggers, such as fatigue, bright lights, weather changes and others.

For many years, scientists believed that migraines were linked to the expanding and narrowing of blood vessels on your brain’s surface. It’s now believed, though, that migraines are caused by inherited abnormalities in certain areas of your brain.

So it’s hard to see why or how a hole in the cartilage of your outer ear would impact the development of a migraine, Dr. Estamalik says.

“I would never recommend ear piercing for one of my patients,” he says. “The danger of infection from a piercing of this site strongly outweighs any unproven benefit.”

What to do for migraines instead

To try to nip migraines in the bud, skip the jewelry and instead focus on the following:

Stabbing, Ice Pick Headaches? When You Should See a Doctor

5 Things You Should Know About Cluster Headaches

Amazing Facts You Didn’t Know About Your Brain 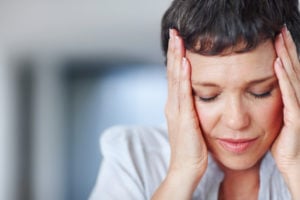 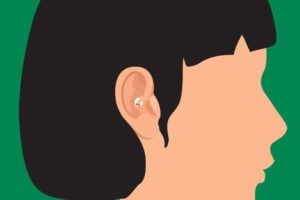 Can a Daith Piercing Prevent Migraines?

Can a piercing help get rid of migraines? Acupuncture targets this area to relieve migraine headache pain, so the theory is that piercing this trigger point can permanently relieve migraines. Find out if it works from an expert.