Most people think Botox® (onabotulinum toxinA) is a tool for plastic surgeons and not urologists. But the drug is approved by the U.S. FDA for women with overactive bladder symptoms when there’s no apparent neurologic cause.

Research shows the drug is 70 to 80% effective for people who have sudden urgency-related leakage or incontinence, says urologist Sandip Vasavada, MD.

How does Botox work for incontinence?

“The drug decreases the spasms that cause overactive bladder symptoms,” Dr. Vasavada explains. “It’s not so much for frequency of urination, as much as that sudden urge to go. It’s good to help people when it’s something they can’t postpone without leakage occurring.”

The outpatient or office-based procedure to deliver the drug involves using “a little numbing medicine,” followed by a 15-minute, short series of small injections into the wall of the bladder.

The drug, which typically takes about a week to begin to work, chemically affects muscle-nerve connections. That’s why Botox can also be used to treat other disorders, including chronic migraine and severe underarm sweating.

Doctors recommend Botox for female urology patients who have tried but received no benefit from at least one anti-spasmodic medication as well as “simple stuff” like modifying their fluid intake, eliminating caffeine and practicing pelvic floor exercises, Dr. Vasavada says. Until people have tried these steps, doctors don’t generally recommend a procedure.

But when those methods don’t work, Botox is frequently effective as long as patients repeat the treatment roughly once every six months, he says. “It does wear off. Otherwise it’s pretty well-tolerated and works a good majority of the time.”

Side effects in few patients

The main side effect of the procedure, which occurs in about 5 to 8% of patients, is urinary retention, or problems emptying one’s bladder.

Those patients may need temporary catheterization to guard against an increased risk of urinary tract infections, Dr. Vasavada says. And for that reason, some patients decide against the procedure.

“We just can’t predict who’s likely to go into retention,” he says. “It’s not a high likelihood, but not zero, either. We still have no direct ability to predict.”

But most patients haven’t had that hesitancy, Dr. Vasavada says. “Since it’s been approved for incontinence, it’s certainly generating more enthusiasm and interest,” he says.

What to Do If Your Overactive Bladder Medication Isn’t Working

Are You Thinking About Adult Diapers for Urinary Incontinence?

What To Know About Dermal Fillers and Botox 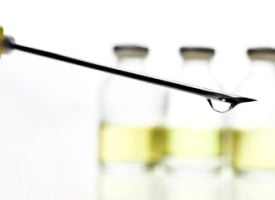 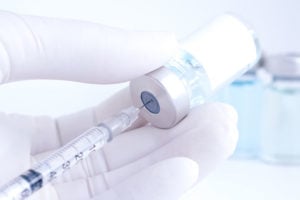 Incontinence: Should You Consider Botox Injections for Your Bladder?

Most people think Botox® (onabotulinum toxinA) is a tool for plastic surgeons and not urologists. But the drug is approved by the U.S. FDA for women with overactive bladder symptoms when there’s no apparent neurologic cause.