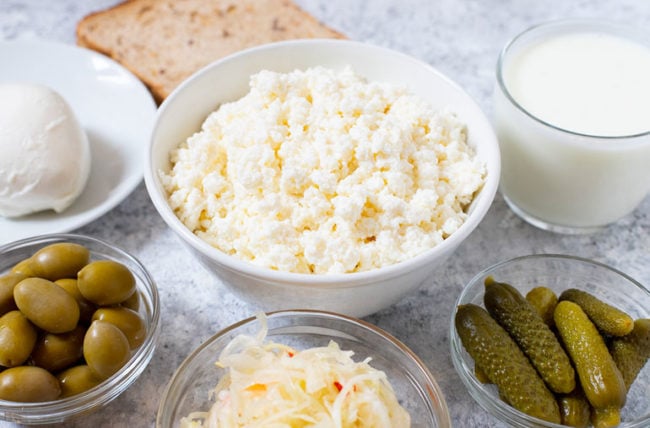 One of the most ideal homes for bacteria is (brace yourself) your gut — which is why the stool inside your colon is about half bacteria. “But most of those bacteria are either neutral or possibly have good effects,” says gastroenterologist Brian Weiner, MD. “For example, some of the bacteria in the colon produce vitamins, which are vital to life.”

But sometimes, those bacteria need a boost to get the job done. And that’s where postbiotics and their cousins, prebiotics and probiotics, come in.

What is the difference among probiotics, postbiotics and prebiotics?

Like all living things, your good bacteria needs the right environment to survive and thrive. Prebiotics and probiotics are the interior designers of your gut:

What are postbiotics then? They are the endgame of probiotics and prebiotics — what they produce, which can be made into products or treatments that would have a healing effect on people.

“Scientists make postbiotics when they take the bacteria, mix it up in a big vat, let it produce bioactive compounds and then put those materials in a pill form or something similar,” says Dr. Weiner. “The hope is that these end products of bacterial metabolism have a therapeutic benefit.”

Probiotics, prebiotics and postbiotics are all safe.

“It’s extremely hard to find any reports of side effects or adverse reactions — we ingest them all the time since they’re found in nature,” says Dr. Weiner. “Manufactured versions are just more concentrated to try to get a health response in people.”

Unlocking the mystery of how postbiotics work

Scientists don’t fully understand how postbiotics work their magic, says Dr. Weiner. But one well-studied postbiotic, butyric acid, may offer some clues. Butyric acid is a short-chain fatty acid, which bacteria use as fuel. Depending on the availability of butyric acid in your colon, certain species of bacteria may flourish or starve.

“You can manipulate bacteria populations by providing extra butyric acid. Some of these bacteria seem to improve the immune response of the colon’s lining,” explains Dr. Weiner. “A strong immune response is important because of the high concentrations of bacteria in your colon — which are almost higher than anywhere else in nature.”

Researchers think that some good bacteria stimulate the immune system to prevent bacteria from entering the bloodstream.

“There are some pilot studies where researchers are trying to use probiotics or postbiotics in hospitalized patients to build up the immune system,” says Dr. Weiner. “A robust immune system can help them respond to treatment quicker.”

Because everyone metabolizes probiotics differently, not everyone experiences the same benefits, says Dr. Weiner. “But if a certain chemical — or postbiotic — that these bacteria produce is beneficial, it would be great if we could just isolate the chemical and give it to patients as medicine.”

Dr. Weiner says the advantages of postbiotics wouldn’t stop there:

Some early research shows postbiotics may:

For example, a few studies have shown that postbiotics may help with seasonal allergy-induced runny, stuffy noses (rhinitis). Another small study found that taking postbiotics for two to three months significantly reduced eczema symptoms as well. “These findings are the first little cracks opening the door in the future to using a new set of tools for the immune system,” says Dr. Weiner.

Doctors diagnose colic when a baby cries three hours or more a day around feeding times. Researchers have been able to decrease colic symptoms with postbiotics in randomized controlled trials.

Fermented milk products also seem to help adults with constipation and diarrhea-predominant irritable bowel syndrome (IBS). One study found that a postbiotic regimen had a major impact on the quality of life of those with IBS. After four weeks, participants saw significant relief in terms of bowel movement frequency, bloating and pain.

Postbiotics can be separated into several categories:

Foods that may help increase postbiotics in your gut include:

Should you take a postbiotic?

Postbiotics are one of the hottest topics in medicine right now, says Dr. Weiner. But that doesn’t mean they’re ready for prime time.

“It’s still early, but this area of research is promising, and the diseases researchers are looking at are so widely applicable,” says Dr. Weiner. “Once they start unlocking the secrets, they’ll be able to make tremendous advances going forward.”

But postbiotics are not yet as widely available as probiotics, so they’re hard to come by. The best source right now? “Probiotics work by producing chemicals that are technically postbiotic. So you may still get these postbiotic effects from probiotics,” says Dr. Weiner.

However, Dr. Weiner cautions against self-medicating with probiotics if you develop a health problem. “If you have any health issue, always talk to your doctor before you self-treat,” he says “Don’t assume a probiotic is going to take care of it. A doctor’s evaluation is useful in ruling out more serious underlying conditions, and the treatments we offer are often safe and effective.”

How Your Gut Microbiome Impacts Your Health

Prebiotics vs. Probiotics: What’s the Difference?

How To Pick the Best Probiotic

Are Probiotics Good for Vaginal Health?

What You Should Know About Your Gut Health 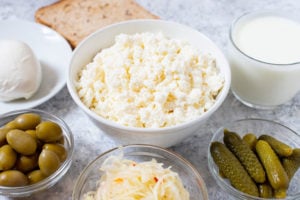 Postbiotics are one of the hottest topics in medicine right now. Learn what postbiotics are and how researchers are homing in on capturing their magic.