There they are again, fighting and screaming over that same stuffed animal and that last slice of pizza. How many times have you had to play referee between those two? It’s exhausting. You’re frustrated, overwhelmed and frankly, just plain tired of your kid’s constant squabbles.

Pediatrician Sigmund Norr, MD, offers some helpful tips to create a peaceful, cooperative home environment when you can’t help but think, “Why can’t we all just get along?”

Rivalry is inevitable but manageable

The first step in making family feuds more manageable is understanding their causes. Your kids don’t fight just because one toy is better or one piece of cake is bigger. Instead, the majority of fights arise due to underlying causes such as birth order and family dynamics.

Competing desires for your attention and differences in developmental stages can lead to moments of jealousy or misunderstanding. Rivalry can even affect them as they get older with their self-esteem and even their friendships. Most of these causes, like age difference or temperament, are impossible to change. That makes sibling rivalry, unfortunately, inevitable.

“All hope is not lost,” says Dr. Norr. “There is no way to stop the bickering forever, but there are many ways to minimize conflict and to maximize productive resolution. Start with small changes.”

Here are the top 10 tips for conflict prevention and intervention among children:

There are five ways to create a family dynamic in which sibling rivalry is a rarity and not the norm:

What do you do when those inevitable fights occur? Here are five ways to handle disagreements in a positive way:

Rivalry can be amplified during COVID-19 quarantine

Sibling conflicts can be more intense and frequent in the face of these unusual times.

“With face masks, self-isolation and the lack of hand-holding and hugs, it’s important to have structure with daily routines but also have enough variability to not be boring,” says Dr. Norr.

Video games and social media are a big part of the current culture, but it’s important to watch what your children are doing, who they’re doing it with and how long they’re spending on their electronic devices.

“Mix it up with one child on and another child off of the internet and promote interactive board games,” he says. “When things get tough and tense, it’s a good idea to do some physical activities to work off their energy.”

To help drain their energy levels, try an exercise boot camp complete with situps, jumping jacks, playing leapfrog or squatting and walking like a duck.

Siblings will fight no matter what. However, the problem-solving techniques you teach them now will serve them well as they grow older in their day-to-day lives.

How to Help Your Child After a Breakup or Divorce

How To Explain Your Lymphoma Diagnosis to Friends and Family

How To Beat Fatigue in Your Breast Cancer Fight

How To Pursue an Autism Diagnosis as an Adult 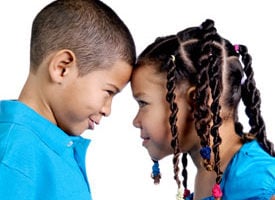 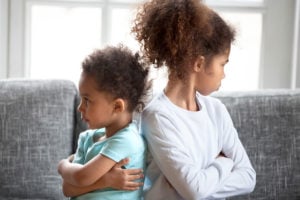 10 Tips for Dealing With Sibling Rivalry

Are you tired of playing referee between your kids again? We offer helpful tips to create a peaceful, cooperative home environment when all you want is some peace and quiet.