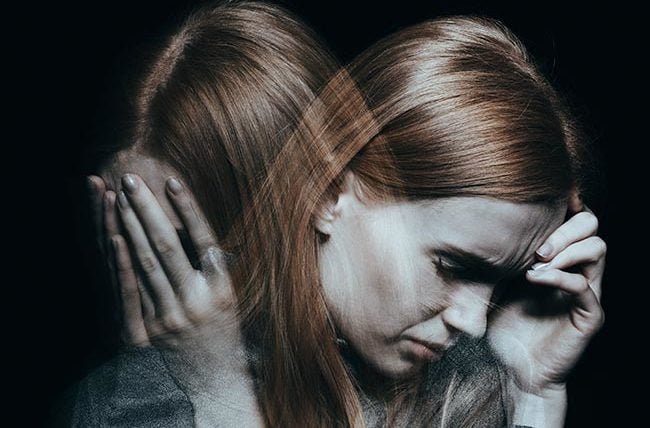 It’s hard to wrap your head around the possibility that a loved one may have schizophrenia.

Yet each year, about 3 million people are diagnosed with this mental health disorder in the United States — typically as young adults.

So it’s important to understand the risk factors and warning signs.

“Schizophrenia means loss of touch with reality,” explains psychiatrist Minnie Bowers-Smith, MD. “It is a serious illness, but it does not develop overnight. The symptoms usually worsen over a period of months or years.”

Because schizophrenia changes the way you think, behave and relate to others, it requires lifelong treatment.

“If you can manage the symptoms, you can have a reasonably stable life,” stresses Dr. Bowers. “That’s why it’s key to engage people early on, and encourage them to find a doctor they can relate to and a therapist who understands them.”

What psychiatrists call the “positive” symptoms of schizophrenia are more obvious:

What they call the “negative” symptoms are more subtle and can last longer:

Whether their symptoms are positive or negative, “people with schizophrenia don’t seem to interact with the world in a healthy way,” says Dr. Bowers.

Moving into adulthood: A turning point

Schizophrenia is typically diagnosed after age 18, most often in a person’s 20s or early 30s.

“It may be fairly well-controlled early in life, but moving from home to college — and encountering new rules, or no rules — exposes vulnerable young people to things they’re not prepared to deal with,  ” says Dr. Bowers.

Living with a college roommate can prove difficult. It may seem easier to avoid talking or eating with others. “You tend to isolate yourself and seem preoccupied with your own world,” she says.

Increased exposure to alcohol (drinking too often, or too much) or drug use (marijuana, for example, which spikes anxiety) is also a trigger.

“Among 50 college students who smoke pot, a few may get a drug-induced psychosis that clears in weeks,” says Dr. Bowers. “But one may go on to develop a serious mental health disorder.”

Exposure to disturbing news events or potentially false information on the internet and social media can provoke extreme reactions in the vulnerable.

“They misperceive what’s happening in the environment and develop delusions,” she says. “They may not make sense or become too aggressive.”

It’s easy to become so distracted by thoughts that schoolwork and jobs get neglected.

“If someone constantly plays video games or focuses only on personal interests, and offers an irrational explanation for avoiding studies or work, that’s a warning sign,” says Dr. Bowers.

It’s easy to live in denial

Even though your loved one isn’t functioning well, isn’t meeting their own expectations in life, and is using alcohol or drugs to cope, they may not see there’s a problem.

Because of the natural urge to protect those you love, families can stay in denial, as well.

It’s often the college that sends a young adult to the hospital for the first time because of erratic behavior or an overdose. The parents get involved only because the college requests their child be evaluated by a psychiatrist.

They may continue to struggle try to understand their loved one’s symptoms. Or ignore those symptoms until they escalate, sometimes into violent behavior.

But early, continuous treatment is critical, she stresses. Without help, a young adult’s problems will continue — especially if they use drugs or alcohol.

“If you find them up all hours of the night, or painting their room black, or too irritable without their meds, or scaring their little sister, call the doctor,” she says. “And encourage them to keep their appointments.”

Hope for the patient — and family

A diagnosis of schizophrenia is life-changing for those affected and everyone who loves them. But, with hard work and dedication, you can help your loved one enjoy a meaningful life.

“But it requires a combination of good medication, supportive counseling and being connected to community resources.”

The National Alliance on Mental Illness (NAMI) offers support groups for the mentally ill and their families. And organizations like Recovery International and Emotions Anonymous are excellent resources for patients, she says.

Should You Wear a Mask at Home?

Warning: Are You Aware That Energy Drinks Can Trigger Strokes?

Do Masks Make You Sick?

When To Worry About Varicose Veins 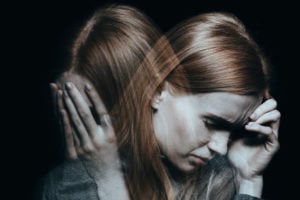 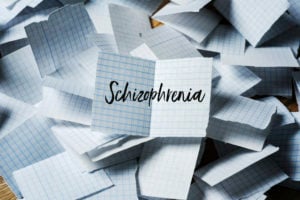 The Warning Signs of Schizophrenia: What You Need to Know

Each year, about 3 million people (typically young adults) are diagnosed with schizophrenia. Learn more about the signs and symptoms of this mental illness and what to do if you see them in a loved one.