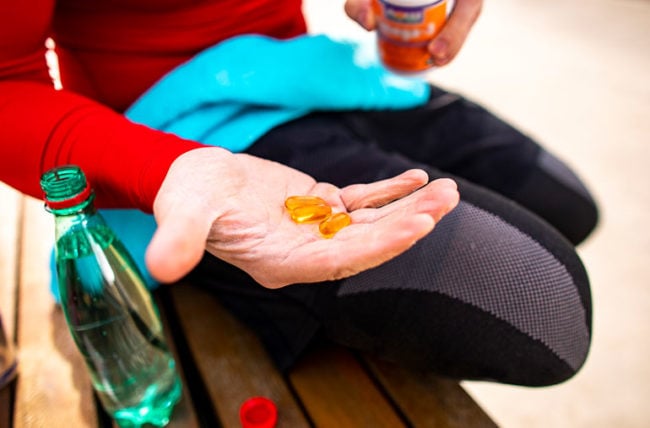 Your body naturally absorbs and produces all sorts of important substances, including vitamins, minerals and antioxidants. These keep your body healthy and functioning properly. But at certain times, we may develop deficiencies and need to take supplements to help correct a deficit.

One of the more popular supplements is CoQ10, which some studies have found to be a promising solution to a few select health issues. Dietitian Devon Peart, MHSc, BASc, RD, explains the potential uses of CoQ10 supplements and who should take them.

Although CoQ10 is available as a supplement, it’s a nutrient produced naturally in your body. A powerful antioxidant, it protects your brain, heart and muscles. “CoQ10 is in virtually all cells in the body,” Peart says. “It’s mostly concentrated in the mitochondria, or the ‘powerhouse’ of the cell. That means it’s involved in energy production and powers biochemical reactions.” In addition, CoQ10 has anti-inflammatory properties.

“Most of your CoQ10 needs are met by what you make in your body,” Peart says. “However, you do get some CoQ10 from food.”

Certain health conditions — including heart disease, cancer, diabetes and neurodegenerative diseases, like Parkinson’s or Alzheimer’s — can lead to lower levels of CoQ10.

Age is a factor in your CoQ10 levels as well. “Like many other things, it’s a natural function of age — your ability to make CoQ10 decreases as you get older,” Peart says, adding your ability to produce CoQ10 peaks in your 20s.

However, determining a deficiency can be difficult because this wouldn’t necessarily show up on a blood test. “The amount of CoQ10 in your blood doesn’t necessarily reflect the amount in your tissues and cells,” Peart notes. “Your blood levels of CoQ10 can be in normal range, but you could still be deficient if you aren’t absorbing it well.”

What are CoQ10 supplements good for?

CoQ10 supplements aren’t necessary for everyone. “If you have a balanced diet, and if you’re young and healthy, you probably have enough CoQ10 in your body,” Peart says. “Supplements can be helpful if there’s a CoQ10 deficiency.” Although studies about the effectiveness of CoQ10 have drawn different conclusions, supplements are generally thought to be helpful for a few specific conditions.

Studies have shown the anti-inflammatory properties of CoQ10 supplements can potentially decrease the frequency, severity and duration of migraines. A separate study in which CoQ10 was paired with magnesium and riboflavin also showed promising results in reducing migraine pain and impact.

However, both of these studies are small, meaning more research is needed to draw definitive conclusions. Plus, the positive effects happened only after taking a high dose of a supplement. You would need to check in with your doctor before starting to take CoQ10 to treat migraine.

Scientists have found that CoQ10 supplements are potentially beneficial to people living with heart disease. In a long-term study, people living with moderate to severe heart failure who took daily CoQ10 supplements had a reduced risk — specifically 42% — of having their first major adverse cardiovascular event (MACE). These events include a sudden hospitalization for heart failure or cardiovascular death.

Participants also had a decreased risk for heart-related deaths (43%) and death from all causes (42%). “This CoQ10 supplementation is in addition to other treatments you’re using,” Peart adds. “Co10 supplementation is meant to work with, not replace, what you’re already doing.”

Do CoQ10 supplements help if you take statins?

Statins are commonly prescribed to people living with heart disease to help lower cholesterol. The powerful medication can help reduce your risk for heart attacks and strokes. In some people, statins can cause side effects such as muscle pain, weakness or cramping.

However, “there are currently doctors recommending CoQ10 supplements in addition to established treatments such as statins, as the supplements are generally recognized as safe, and potentially beneficial,” Peart says.

Are CoQ10 supplements safe to take?

Peart notes the safety of CoQ10 supplementation “hasn’t been well established yet,” but adds, “We are operating under the assumption that it’s safe to take, unless and until we discover that it isn’t.”

Still, it’s important to have a conversation with your doctor to make sure taking CoQ10 won’t conflict with any other medication you’re already taking. “For example, CoQ10 can lower blood pressure,” Peart says. “If you’re on blood thinners, it might be too much to also take a CoQ10 supplement. In some cases, CoQ10 can lower blood glucose levels. If you’re living with diabetes, depending on your current treatment, CoQ10 supplements may not be appropriate.”

But if you don’t have any health conditions likely to lower your CoQ10 levels, then you don’t need to take a supplement. “People sometimes approach taking supplements with the idea that more is better,” Peart explains. “That’s not necessarily true. If you don’t have a deficiency in the first place, then supplementing probably isn’t going to make any difference.”

She adds that just because a supplement is helpful at one dose also doesn’t mean that more of it will be more helpful. “There’s not necessarily added benefit to higher levels of supplementation,” she says.

Plus, even if you do take a supplement, your body might not necessarily absorb it well. “You can take a CoQ10 supplement, and it can increase the amount of CoQ10 that’s circulating in your blood,” Peart says. “But how bioavailable that is — much we can use — is still uncertain.”

Peart notes that CoQ10 side effects are “rare,” but can include diarrhea, nausea and heartburn. “Especially if you’re supplementing at high levels,” she says.

Talk to your doctor about vitamins and supplements you take

In general, before starting to take any supplement, it’s always best to check in with your doctor.  “One hundred milligrams a day is a pretty typical dose for CoQ10,” Peart says. “But there’s no established ideal dose at this point in time. The dosage also depends on what you are using it for.”

Supplements are also notoriously not very well regulated, so it’s not always easy to know if what’s on the label matches what you’re actually taking. And Peart says you also don’t need to buy CoQ10 in a form called Ubiquinol, which tends to be much more expensive.

“Ubiquinol is often billed as the ‘most absorbable’ active form,” she says. “However, that’s not an important distinction. A variety of factors contribute to how well absorption happens. Converting CoQ10 supplements into a usable form in the body is a complex process.” If you do want to improve absorption, she suggests taking your CoQ10 supplement with food. “It’s a fat-soluble nutrient, so taking it with food maximizes absorption,” she explains.

At the end of the day, it’s important to be mindful before starting to take a CoQ10 supplement. “The bottom line is, if you’re young and healthy, I don’t think you have any need to supplement with CoQ10,” Peart notes. “I would say that if you have heart disease, or if you get migraines or if you are over 50, you might want to consider supplementation in consultation with your doctor.”

Can a CoQ10 Supplement Help If I’m Taking a Statin?

Do You Need Vitamin K Supplements for Your Bone Health? 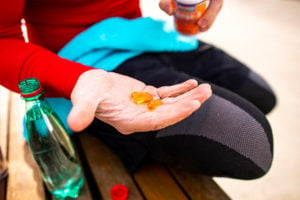 Here’s what you need to know about CoQ10 — and when taking a CoQ10 supplement might be beneficial, and might not.