Q: What is the difference between schizoaffective disorder and schizophrenia?

A: Schizoaffective disorder is actually one of the four main types of schizophrenia. It is a mood disorder as well as a thought disorder. However, the mood issues are the overriding problem.

If you have schizoaffective disorder, you have one or more of the following symptoms:

Along with these symptoms, you also have symptoms of schizophrenia: a loss of touch with reality, abnormal thinking, hallucinations, delusions and/or extreme paranoia.

It may take a while for psychiatrists to make the diagnosis. Some people with schizoaffective disorder have both depression and mania, but seek help only when they’re depressed and never mention the mania.

To complicate matters, another illness — bipolar disorder — also produces highs and lows in mood, and racing thoughts. However, people with schizoaffective disorder have moments where they are quite paranoid and out of touch with reality.

Like other forms of schizophrenia, schizoaffective disorder can be caused by genetics, abnormal brain chemistry, childhood abuse and deprivation, and/or substance abuse.

Early and continuous treatment is critical and includes:

People with schizoaffective disorder only need antipsychotics when they are having psychotic symptoms. But they must continue to take antidepressants, often with a mood stabilizer.

For the family, education and counseling are extremely helpful. The National Alliance on Mental Illness is a great resource. County mental health boards, and local hospitals and mental health centers may also offer support groups.

What Are the 6 Types of Schizophrenia and How Do They Affect You?

HALT: Pay Attention to These Four Stressors on Your Recovery

Feeling Irritable? Why You’re Irritated and What To Do About It

How To Stop Overthinking: Tips and Coping Strategies 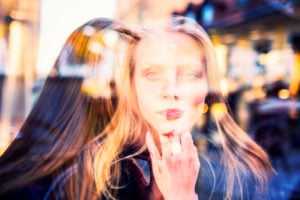 What Is Schizoaffective Disorder (and How Is It Different From Schizophrenia)?

Get answers to questions that pique your curiosity in our series, The Short Answer. Minnie Bowers-Smith, MD, answers this one about schizoaffective disorder and schizophrenia.