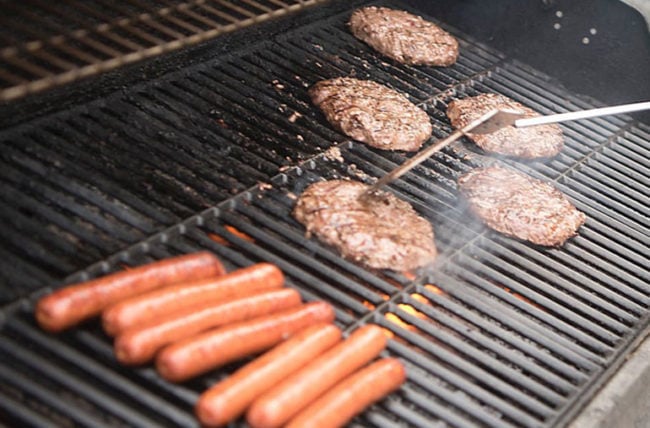 For some, there’s nothing better than a big, juicy beef burger hot off the grill. Throw some cheese and maybe some ketchup on there and you’ve got yourself one heck of a great meal going.

But beef isn’t without its health risks. Like a lot of animal products, it can be high in salt, fat and cholesterol. And while it may be a staple of summer cookouts, it’s one that’s probably best experienced in moderation.

To get a better idea of beef intake and health, we talked to cardiologist Dennis Bruemmer, MD, PhD, all about beef and the aim for a healthy balance.

It’s all about moderation

“Beef has been linked to many different health issues,” Dr. Bruemmer says. “Not just cardiovascular disease but even cancer and diabetes. And consuming red meat on a regular basis is associated with increased death risk.”

And like other Cleveland Clinic experts, Dr. Bruemmer is a bit skeptical about recent studies that have downplayed those connections. “The overwhelming prior literature would suggest there’s solid evidence in the risk associated with red meat,” he says.

But that doesn’t mean it’s not OK to consume red meat once in a while. “If someone wants to eat a small piece of lean, grass-fed beef once a week, that’s pretty reasonable,” Dr. Bruemmer says. “But that’s not what we’re usually doing. We’re eating New York strip steak and burgers and processed meats five times a week and that becomes an unhealthy habit.”

Are plant-based alternatives a good idea?

Like switching from pork bacon to turkey bacon, switching to plant-based burgers is a matter of degrees. There are some benefits to such a switch, but consuming them should still be done in moderation.

Those plant-based burgers achieve their beef-life taste, he says, thanks to a high degree of ultra-processed ingredients and hidden carbohydrates and salts. “They can still have high calorie counts, high salt and fat count.”

One more factor when it comes to beef burger, Dr. Bruemmer notes, is everything else we put on the burger. Sure, you might throw some lettuce and tomato on there, but there’s plenty of other things, too.

For instance, there are the buns which can add carbohydrates to the meal. And then there’s everything else. “Keep in mind,” he says, “it’s not just the burger that we eat but everything on top. It’s the cheese and condiments which can have high salt content.”

Again, he stresses that it’s about the frequency. “It’s still an issue of how often, an issue of moderation, just like everything else.

What You Should Know About Bacon and Cholesterol

How Many Eggs Can You Eat on a Heart-Healthy Diet?

Is Red Meat Bad for Your Heart … or Not? 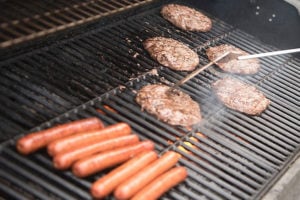 What You Should Know About Cholesterol and Beef

Hamburgers are summertime favorites but one Cleveland Clinic expert explains the risks that come with consuming too much beef.