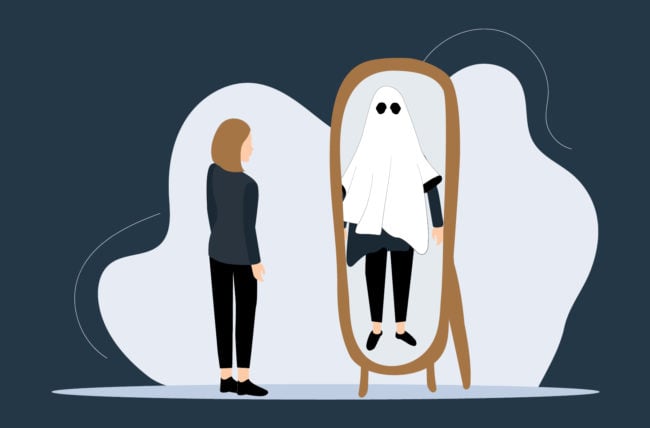 If you’re unfamiliar with the term “gaslighting” or you’re confused on exactly what it is, you’re not alone. Calling gaslighting out as it’s happening can be hard, especially because it’s not always obvious when it’s happening.

Gaslighting is a form of emotional abuse and mental manipulation that will leave you questioning your own reality and have you wondering if you’re in the wrong in nearly every argument. Plus, gaslighting doesn’t just happen with significant others — it can happen with your family, your friends, your coworkers and even acquaintances.

Psychologist Chivonna Childs, PhD, helps us make sense of gaslighting so you can spot the signs if it happens to you.

In short, gaslighting happens when someone manipulates you into thinking your version of events didn’t happen the way you say they happened. They may gaslight you by questioning your authority, denying the evidence you have or doing everything they can to make you feel like you’re wrong.

“The person who’s perpetrating it may or may not know they’re doing it, but for the person it’s being done to, it can feel confusing and very damaging,” says Dr. Childs. “You start to question your self-worth, your self-esteem and your own mental capacity.”

Gaslighting gets its name from the 1938 British play Gas Light and its 1944 film adaptation Gaslight. Both focus on an abusive husband and his efforts to convince his wife she’s lost her mind.

On the surface, gaslighting might first appear as a mere difference in opinion between two parties. But in truth, gaslighting is a tool used to make the victim second guess how they feel or what they think so the aggressor can get the upper hand. This behavior becomes increasingly worrisome the more it happens and it’s very much an example of emotional and mental abuse.

As the night goes on, you get quiet because you’re having anxiety about what’s been said. On the way home, you try to bring up what’s happened by asking what your significant other meant by the comment they made. That’s when they cut you off by saying you misunderstood what they were trying to say. Suddenly, the script has been flipped, and they’re telling you that you ruined the evening because you were moping around all night.

“Why would you act like that in front of all my friends,” they say. “Why are you being so dramatic?”

And when you try to argue your perspective, they cut you off again by shutting the conversation down. Now, you’re feeling guilty for ever bringing it up in the first place and you feel like you’ve made a mistake.

If something like this has happened to you, you’ve been gaslit.

“Gaslighting is a form of emotional manipulation by someone to make you feel like your feelings aren’t your feelings or what you think is happening isn’t really happening,” explains Dr. Childs.

So, how do you know if you’re being gaslit? Well, it can be confusing, especially for anyone in a codependent relationship. In truth, you don’t want to believe someone you love or someone you’re close to would ever do this to you. Part of the reason gaslighting works is because you believe so badly in the idea they’d never do it to you. But there are telling signs it’s happening if you’re able to take a step back and analyze the situation as it unfolds.

“Something cannot always be wrong or never be right,” says Dr. Childs. “So, when you find this person is always right or their point of view is always the way that it goes, those are cues for gaslighting.”

Other signs of gaslighting include:

How to respond to gaslighting

Unfortunately, trying to reason with someone as they rely on gaslighting is nearly impossible. If you call it out as it’s happening, and they don’t correct their behavior or they continue to increase their aggression, the only healthy response is to walk away from the situation. This is largely because someone who’s gaslighting you has already entered into the conversation with preconceived notions or reasoning for what’s happened, instead of coming into the conversation with an open mind and being willing to listen to how you feel.

“A fire cannot burn if there’s no fuel,” says Dr. Childs. “They can’t fight if there’s nothing to fight with.”

How to get help

So, how do you turn this ship around once it’s set sail? It takes effort from both parties. For the gaslighter, it requires reflection and understanding of the underlying root of why they rely on gaslighting as a behavioral response.

If you’re a victim of gaslighting, it’s important you call it out early on and every time it happens to stop it from happening again. You can do this with friends, coworkers or even bosses with the help of human resources. And if gaslighting is happening in your romantic relationships, Dr. Childs suggests that if reasoning with the gaslighter isn’t an option, individual therapy and couples therapy could be beneficial. Individual therapy will help both parties deal with their own issues so that couple’s therapy can help address the core problems occurring in the relationship.

How To Spot Relationship Red Flags

5 Ways You Can Help a Spouse With Cancer 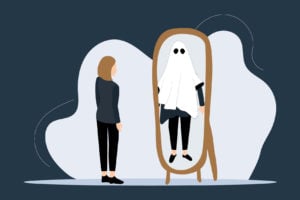 A psychologist explains what gaslighting is, how to spot if it’s happening to you and how to respond in a healthy way.