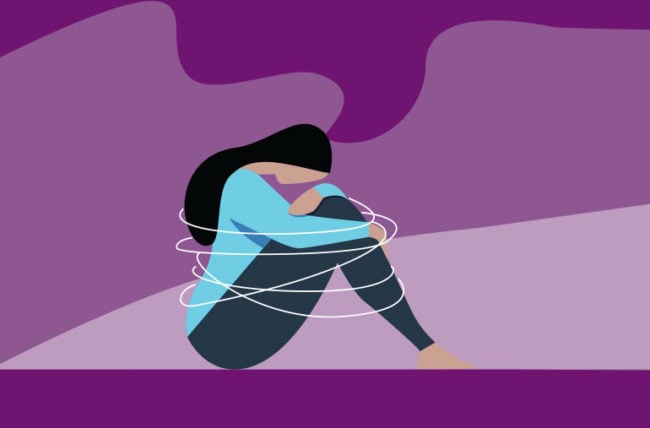 Emotional abuse may not leave physical bruises, but it often leaves behind deep, lingering wounds.

Emotional abuse, also known as psychological abuse, can leave its imprint on your behavior and even your physical health. But it doesn’t have to be a lasting legacy. Here’s how to start the healing process.

The first step to getting help for emotional abuse can be the hardest. This step requires us to recognize the problem. Quite often, people don’t realize they’re experiencing emotional abuse, says social worker Jillian Williams, LISW-S.

“People often say ‘That’s just the way my partner or parent has always been,’ ” Williams says. “It’s not until they start to peel back the behavior that they realize it’s unhealthy.”

Perpetrators of emotional abuse will often do the following:

“Gaslighting” is a particularly sinister type of emotional abuse. The abuser might try to make you feel like you’re losing your mind. They might claim, “I never said that” or “I never did that.” They might even hide objects, so their victims feel out of control.

“The goal is to make you feel responsible for what’s happening,” Williams says. “You begin to question your reality, who you are as a person and what you know to be true.”

It can take time to heal from an emotionally abusive relationship, Williams says. A mental health professional can help you recover. But there are also strategies you can use on your own to regain your footing.

Write it all down

“I encourage people to start journaling their reality,” Williams says. A classic strategy for emotional abusers is to make you doubt yourself. So write down everything — what you did, what you said, what you’re feeling.

By keeping a record of your life, you can look back when you’re doubting yourself. Confirming that your memories match with that record will help you trust yourself more.

If you’ve experienced emotional abuse, you might have absorbed the (untrue) message that it’s somehow your fault or that you deserve it. Think again.

“It’s not about you. It’s about the abuser’s need to control you,” Williams says. “Remind yourself — over and over, if necessary — that it isn’t your fault.”

If you’re in a situation where you still need to interact with an emotional abuser, try to step back. It’s not always easy — remember, they’re trying to get a reaction out of you. But you don’t have to give them that satisfaction.

“See what happens if you don’t respond. Don’t argue. Don’t apologize,” Williams says. “Choosing not to engage is one of the most powerful things you can do.”

If you grew up in an emotionally volatile home, you might think yelling, intimidating and shaming are normal. “But what you’re used to isn’t necessarily what’s healthy,” Williams says. She recommends taking some time to reflect and question what you think is normal.

Emotional abuse can leave its stamp on you. People who experienced emotional abuse may fall into similar behavior patterns as adults. One common reaction is to distrust others.

“Intimacy is so scary, you want to run in the opposite direction,” Williams says. But there are plenty of good, kind people out there. Once you spot your trouble with trusting, you can start to chip away at it and begin to let people into your world.

People who grew up in emotionally abusive homes often become people-pleasers, Williams says. “If love was conditional when you were growing up, you might always feel the need to prove your worth,” she explains.

“But if you’re taking care of everyone around you — physically, emotionally, even financially — you can get overwhelmed. Don’t forget to take care of your needs, too.”

It’s a natural tendency to downplay the effects of emotional abuse. “People often think if they’re not feeling extreme pain, they should be able to deal with it on their own,” Williams says.

But asking for help is a form of self-compassion. If you’re trying to move on from an emotionally abusive relationship, there’s no shame in seeking professional help. “Once you start to recognize emotional abuse, it can help to have someone coaching you through it,” she says.

How To Break Up With Someone You Love

How To Set Healthy Boundaries in Relationships

Dealing With Someone Addicted to Alcohol: 9 Tips To Cope

HALT: Pay Attention to These Four Stressors on Your Recovery 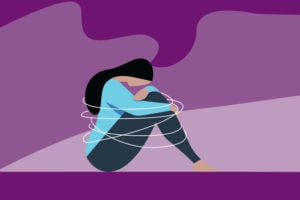 How To Heal From Emotional Abuse

Emotional abuse might not leave physical bruises, but the scars run deep. Get a few strategies for recovery from a social worker.