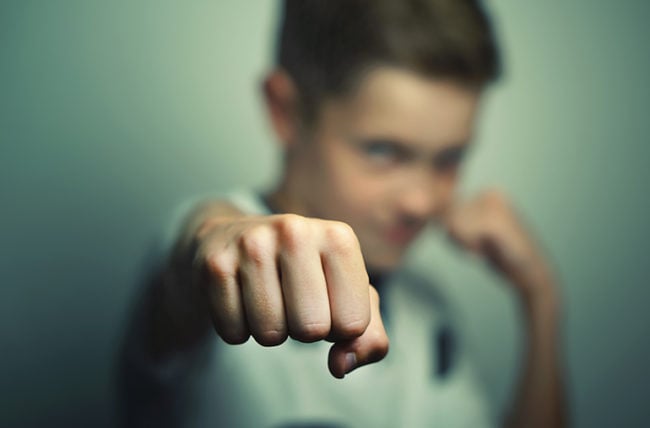 Another day, another angry outburst from your teen. At this point, you’d be surprised if 24 hours went by without screaming and door slamming. But if your teen is having over-the-top, violent outbursts, it may signal a type of teenage rage disorder.

Signs you’re dealing with more than just an angry teenager

“Parents hear the term intermittent explosive disorder and automatically think, ‘That’s my kid!’” says Dr. Levy. “But most teen blow-ups are normal. It’s when they smash objects or threaten to harm someone that I would categorize their anger as problematic.”

Intermittent explosive disorder occurs in kids over age 6. To diagnose the disorder, psychiatrists look for these factors:

If you feel like the above statements ring true for your child, talk with their pediatrician. At the same time, warns Dr. Levy, take all safety concerns seriously.

“Never attempt to call a child’s bluff,” says Dr. Levy. “Yes, sometimes teenagers say things they don’t mean or say they want to hurt themselves or others. But you’re not in their head, so you must assume they are telling the truth.”

Your child’s pediatrician will want to rule out other reasons your teen may be exploding on the daily. For example, doctors might screen for drugs or alcohol, especially if you’ve noticed a drastic change from your child’s usual disposition. A mood disorder or sleep disturbance might also cause similar behaviors.

Once diagnosed, behavioral therapy is the first-line treatment for intermittent explosive disorder. Your child’s provider may also recommend medications. But whether or not your child has IED, some behavior-based approaches can help build impulse control and quell outbursts.

“Find ways to avoid power struggles, which lead to temper tantrums,” says Dr. Levy. “The biggest pitfall parents face is not validating a child’s emotions and brushing off their concerns as being petty.”

Get on your teen’s side with these tips:

Find natural consequences and enforce them

Patiently guide your teen in learning that tantrum-ing is not acceptable behavior. “Model good behavior by staying calm and neutral,” says Dr. Levy. “And enforce the consequences for their behavior.”

Dr. Levy says punishing for the sake of punishment rarely works. Instead, find natural consequences that might inspire them to change their behavior. For example:

Praise them for mature behavior

“Outbursts serve a function for teens with or without intermittent explosive disorder,” says Dr. Levy. “They might be seeking attention, the use of the car or a way to get out of a chore. But you can help teens find more efficient ways of asking for what they need.”

Help your teen find words to communicate what they’re feeling. You might say, “You seem mad. Is something stressing you out? Are you tired?” When you see mature behavior, reward it with praise. “Teenagers love to be told they’re mature, so point out when they handle things responsibly,” says Dr. Levy.

Dr. Levy offers a final pearl of wisdom for parents: “Parents should attend to their own health. It’s hard to be in a good place and calmly deal with a reactive teen if you aren’t taking care of yourself.”

How to Help Children With Developmental Disabilities Adjust to the Pandemic 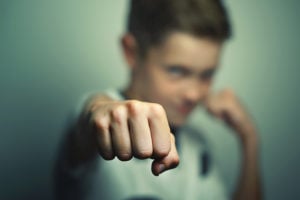 All teens lose their cool from time to time. But how do you know if your kid’s outbursts cross a line from normal to something more troubling? Intermittent explosive disorder is real. Read our tantrum-taming tips to survive an angry teenager.