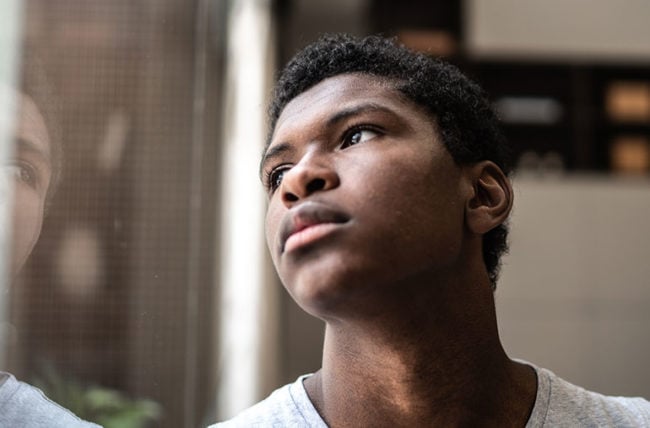 A cracking voice. Wild growth spurts. A little facial hair sprouting on the chin. Welcome to puberty for boys, a rite of passage that bridges the gap between childhood and manhood.

The stages of male puberty follow a definite path with a progression of physical changes. The timing of these changes, however, varies widely from person to person.

When do boys hit puberty?

Boys tend to begin and end puberty sometime between age 10 and 18. (That’s about two years later than girls.) Black and Hispanic children tend to enter puberty a bit earlier than white children.

A tool called the Tanner Stages outlines the stages of puberty for boys (and girls), and when they’re likely to occur. For parents, they can serve as an excellent guide to the changes you can expect to see.

Here are the five stages of puberty for boys and the signs of each.

In this “prepubescent” stage, boys have not experienced visible changes. Their brain, however, is starting to send signals about what’s ahead.

In this stage, typically beginning between age 9½ and 14½, boys experience:

In this stage, occurring between age 10 and 16½, boys experience:

“Some breast development, or gynecomastia, may occur in about 50% of all teenage boys, but it typically resolves by the end of puberty,” notes Dr. Issac. “If this becomes an issue physically or socially, suggest that your son talks with his healthcare provider.”

In this stage, which can occur between ages 11 and 16½, boys experience:

Boys finish their growth and physical development during this stage. Many may not develop facial hair until this step in the process. Most boys finish growing by age 17.

Don’t hesitate to talk to your pediatrician when you have concerns about your son’s progress through puberty, says Dr. Issac. A physical exam and other tests will help to rule out problems, pinpoint underlying issues or provide you with reassurance.

The emotional side of puberty

Whenever your son enters puberty, you can expect to see some emotional upheaval. Increased testosterone coupled with social pressures may cause moody behavior, emotional outbursts and family discord.

Parents can typically ride out these issues. (Read what a pediatric psychologist says about talking to your teen.)

“However, if serious emotional problems arise — if your son doesn’t want to do the things he usually enjoys, or hang out with his friends or experiences a drop in grades — it’s important to have him evaluated with his pediatrician,” says Dr. Issac.

Emotional issues could be a sign of a mood disorder or other psychological concerns, notes Dr. Issac. Medication and/or therapy may be useful in these instances.

What if puberty hits really early or late?

Not everyone is on the same timetable. Some boys begin to see changes very early, which is called precocious puberty. Others may not see changes until later, which is often referred to as delayed puberty.

Let’s look at each situation.

If your son shows signs of puberty before turning 9, visit the pediatrician. This may signal a pituitary problem or neurological issue, notes Dr. Issac. The doctor should evaluate your son as soon as you suspect a problem.

Possible causes for early puberty include:

If the problem is hormonal, an endocrinologist can prescribe medication to halt puberty until the time is right. If your doctor suspects another problem, your son may be referred for further testing.

If your son starts puberty after age 14 or isn’t progressing through puberty, you’ll also want to check with your doctor. “Often the child is merely a late bloomer — particularly if dad was as well,” says Dr. Issac.

But hormone or endocrine abnormalities can also delay puberty. If your doctor suspects an underlying problem, your son will likely be referred to a specialist for more testing.

What Is Puberty for Girls?

Voice Changes: What Can They Tell You as You Age?

Is My Period Normal? How Menstrual Cycles Change With Age

How Tall Will Your Child Be?

What You Should Know About Growth Plate Injuries 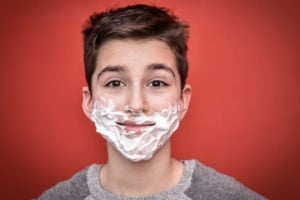 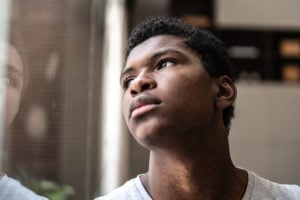 Growing Up: The Stages of Puberty for Boys

The timing may vary widely, but most boys follow a similar developmental path through puberty. Find out what’s “normal” and what’s cause for concern as your adolescent boy matures.