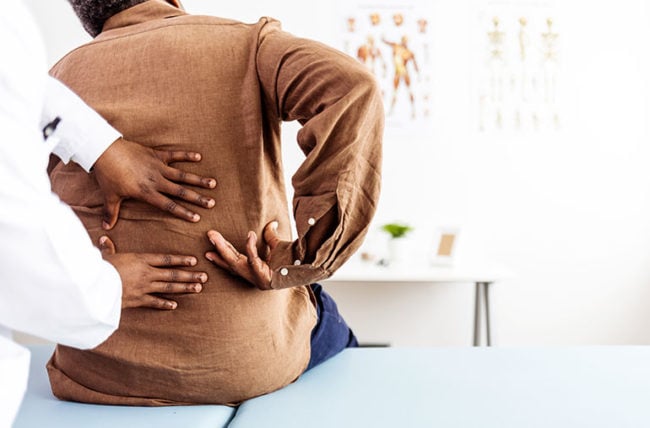 If you’re living with ankylosing spondylitis (AS), you know that the brunt of symptoms comes in your lower back and hips. The feeling of stiffness and joint pain is no surprise, but what if you start experiencing unusual bowel symptoms?

As it turns out, AS can also affect other parts of your body, like your gastrointestinal (GI) tract. If you’re having symptoms related to inflammatory bowel disease (IBD), your treatment options may need to be different.

Gastroenterologist Asad Ur Rahman, MD, explains what we know about the connection between AS and gastrointestinal problems.

How are ankylosing spondylitis and IBD linked?

Around 5% to 10% of individuals with AS also have inflammatory bowel disease — either in the form of Crohn’s disease or ulcerative colitis. Currently, doctors have no clear answer as to why these conditions are linked.

In some cases, IBD may be the culprit behind gastrointestinal symptoms seen in people with AS. Dr. Rahman points out that inflammatory bowel disease causes your immune system to become intolerant to native bowel and its bacteria, when it should be normally fighting against infection. This kind of inflammation in the cells may be associated with other areas of immune intolerance, leading to ankylosing spondylitis.

“These inflammatory cells, when activated, can go to the joint’s spaces and cavities. This causes inflammation of those joint spaces, one of them being the spine joints,” Dr. Rahman explains. According to the Spondylitis Association of America, around 20% of people with IBD also have AS, with symptoms usually affecting their sacroiliac joints and spine. Dr. Rahman also notes that genetics may be a factor in linking these two conditions.

But why AS and IBD are connected still isn’t completely clear. In fact, Dr. Rahman says that sometimes you get symptoms of AS before the GI symptoms — or vice versa.

“It doesn’t have to be one followed by the other,” he explains. “In fact, we know some studies show that up to a half of people with ankylosing spondylitis have some ongoing minor inflammation of the small bowel or the colon.”

Maybe you already know you have a history of inflammatory bowel disease. Or maybe, you know you’re living with ankylosing spondylitis and wonder if you may be developing some type of IBD. Whichever one came first, it’s good to listen to your body and take note of any GI symptoms you may be having.

Some common GI symptoms you may experience related to ankylosing spondylitis include:

“If you have ankylosing spondylitis and are showing signs of any GI upset, this should be one of the things that you should talk about with your healthcare provider in light of the association of IBD with AS,” advises Dr. Rahman.”

Treating GI issues and AS

One of the main ways that AS is treated is through getting regular exercise. But if you’re someone who’s living with both AS and IBD issues, it’s important to talk to your healthcare provider about how to tackle both.

“We try to find therapies that usually work for both these conditions and closely partner with rheumatologists,” Dr. Rahman says.

There are a number of treatments that your healthcare provider will consider if you have AS and IBD together. In some cases, they may recommend the following medicines:

Other medications that could help with AS and IBD include sulfasalazine, methotrexate and tofacitinib, among others. Dr. Rahman strongly encourages anyone living with these combined symptoms to speak to their healthcare providers about next steps.

Dealing with GI and AS symptoms

Having two sets of symptoms at once can be jarring, but there are ways to find relief on your own, too.

Some lifestyle changes you can make to help relieve symptoms of AS and GI issues include:

When Should You Start Getting Screened for Colorectal Cancer?

Your Brain May Be a Powerful Tool for Improving Stomach Problems 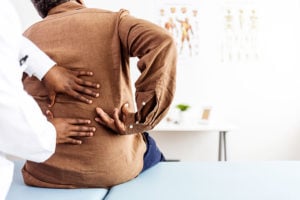 Does Ankylosing Spondylitis Cause GI Problems?

Wondering if gastrointestinal issues are connected to your ankylosing spondylitis? Turns out, there’s a common connection between the two.