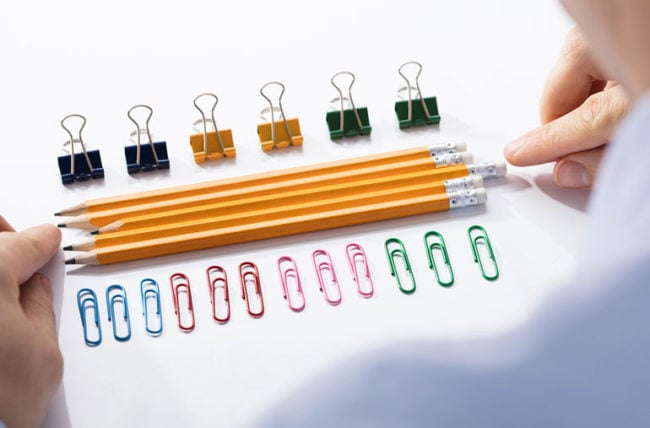 Do you meticulously organize the clothes in your closet by color? Or keep a calendar so detailed that it includes blocks of time to eat, sleep and commute? You may have wondered if there’s something more to your disciplined routines.

The term “OCD” — referring to obsessive-compulsive disorder — is often thrown around lightheartedly in conversations and jokes. It’s sometimes tempting to label these little perfectionistic quirks that many of us have. But these things do not, in fact, mean someone has OCD.

The truth is, OCD isn’t a joke to many. It’s an often-misunderstood mental illness characterized by thoughts and behaviors that can make it tough for people to go about their day. Often, OCD is confused with being a perfectionist. And while OCD can certainly be driven by perfectionism, it’s not the same. Nor is it perfectionism taken to the extreme.

But if you’re feeling like you genuinely might have OCD symptoms, there’s a way to get diagnosed and figure it out.

First, it’s important to define perfectionism and OCD in order to understand the misconceptions between the two. Someone who has perfectionism as a personality trait may also have habits or rituals they follow rigidly, like a certain morning routine or a way of organizing their desk at work. But they’re not necessarily doing it out of anxiety.

“The perfectionistic person engages in rituals because it helps them to feel more in control and ‘on top of things,’ whether it works for other people or not,” says Dr. Albers-Bowling.

In other words, someone who’s a perfectionist has high expectations for themselves and others. This personality trait is usually associated with good organization and goal-oriented behavior. Healthy perfectionism may drive some people to achieve excellence.

But on the other hand, these high standards can also drive people to be extremely critical of themselves and others.

“The perfectionist can sometimes set the bar so high that they can never reach it, which leads to perpetual disappointment and feeling not good enough,” points out Dr. Albers-Bowling. “Perfection, in the long run, is an unachievable and unrealistic standard.”

You may be exhibiting unhealthy perfectionism if:

It’s important to find ways to have a good relationship with perfectionism, so it doesn’t affect you negatively. Excessive perfectionism can also lead to negative self-talk and low self-esteem because of the impossible standards someone puts on themselves.

“People can get simply worn out by a perfectionist because they often demand the same level of effort or perfection from others as they do for themselves,” says Dr. Albers-Bowling. “This can be a heavy weight on a relationship when your significant other or friends don’t function in the same way. It can leave them feeling criticized, judged or not good enough as well.”

OCD is a mental health disorder that involves repeated, unwanted thoughts or urges that cause a person anxiety. In order to reduce that anxiety, the individual performs a compulsive action or ritual — sometimes, one that isn’t necessarily related to the fear or anxiety that they’re trying to overcome.

“These behaviors can manifest in lots of different ways,” notes Dr. Albers-Bowling. “It can include anything from being afraid of germs, counting things repeatedly, checking behaviors or repetitive thoughts and worries.

“Basically, a person gets fixated on one thing and feels compelled to complete it,” she continues. “They are often afraid to find out what happens if they don’t comply with the thought or complete the sequence of behavior. It feels like an impending sense of doom or that something terrible will happen — they don’t want to risk it and find out.”

For example, someone with obsessive thoughts about their own safety or the safety of their loved ones may feel the need to unlock and relock their front door a dozen times before leaving the house.

Some other examples of OCD rituals include:

“It can be absolutely exhausting and take up a significant part of someone’s day that could be used for other productive tasks,” says Dr. Albers-Bowling. “But it feels like they must do it regardless if it makes sense. Many people with OCD can recognize that the thought or behavior is not rational. The brain, for people with OCD, engages in a loop that doesn’t seem to stop even if you want to put on the breaks.”

Is perfectionism a form of OCD?

A key difference between perfectionism and OCD is how you feel about your behaviors and rituals.

While a perfectionist may think not organizing their closet in a certain way will make them seem messy, a person with OCD feels a much different fear if they don’t complete their rituals. Dr. Albers-Bowling says that even if a person with OCD realizes what they’re doing is irrational, they’ll still spend hours a day doing it.

Both OCD and perfectionism have similarities, but they’re far from the same thing. Still, they both can cause harm in different ways. And it’s possible that you may be dealing with both perfectionism and OCD. In fact, some research has shown that perfectionist tendencies may be a predictor of OCD.

So, it can be beneficial to address signs of perfectionism in your everyday life, while also working on OCD treatments.

If you’re struggling with either OCD, perfectionism or both, it’s important to understand the different treatments and strategies.

The big thing to remember about OCD is that you may need extra medical help for it, and that’s OK. It’ll likely take time to find the approach that works best for you, and you’ll likely need to use a variety of approaches to manage your symptoms.

“The best form of treatment is often a combination of therapy and medication,” explains Dr. Albers-Bowling. “The therapy helps you to understand the triggers of your OCD behavior and how to respond to it in a different way, while the medication helps manage the anxiety level so you can make these changes. It also helps your brain let things go and put on the breaks when you say stop.”

Therapy may focus on the concept of “radical acceptance,” an approach that aims to help people stop fighting reality and let go of what they can’t control. While behavioral therapy alone may be enough for people with mild symptoms, Dr. Albers-Bowling notes that selective serotonin reuptake inhibitors (SSRIs) — which are a common type of antidepressants — are often prescribed to help a range of mental health issues, including OCD.

While perfectionism isn’t a diagnosed condition, it’s good to be aware of when it’s interfering with your day-to-day life — and when to seek help for it. This can be the hardest step — recognizing when your perfectionism is beginning to cause problems.

“These individuals often don’t seek help unless a loved one suggests it because they don’t view the issue as a problem,” says Dr. Albers-Bowling.

If you’ve become aware that your perfectionism may be having a negative effect on your life — or if someone has pointed it out to you — here are some things you can try:

An important way to combat unhealthy perfectionism is to catch negative self-talk in its tracks. Try and take notice when you’re saying self-deprecating things about yourself to yourself. Ask yourself, Would you be this hard on a friend of yours? This can help you not punish yourself for not doing everything … well, perfectly.

Try a hobby you’re bad at

Another recommendation for challenging your inner-nit-picker is to find an activity that you know you’re not good at. While this may seem stressful at first, trying a hobby that’s purely for your enjoyment, rather than to excel at it, can be helpful.

You’re not alone. Unhealthy perfectionism is something that many people deal with — and you may even learn from others with similar experiences. Plus, being able to talk things through and identify your perfectionist tendencies in a group setting can help you think through some solutions.

Talk to a therapist

Whether you’re dealing with OCD alongside perfectionism or not, talking to a professional counselor can make a difference regardless. Someone with unhealthy or extreme perfectionism can greatly benefit from psychotherapy.

“The good news is that treatment does help,” Dr. Albers-Bowling reassures. “And the sooner the better as anxious thoughts tend to continue to grow when left untreated. Therapy is often a game changer for people — it guides them in turning around these thoughts to free them up to engage in things they really want to be doing.”

How to Deal with a Control Freak

How To Cope With Depersonalization

Why You Stress Eat and How To Stop

When Sparks Fly: How To Navigate Falling in Love at First Sight

What Is Covert Narcissism?

Has the Pandemic Caused More Breakups? 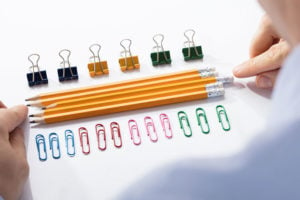 What’s the Difference Between Perfectionism and OCD?

Wondering if your perfectionism has crossed the line into OCD? It could be that they’re working together. But there are ways to manage them. Learn the differences and how to get help for both.