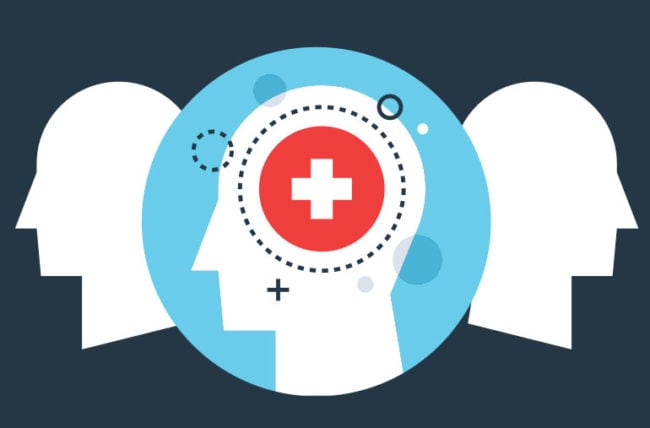 If you have a close blood relative living with a mental illness, you might be worried that one is lurking in the recesses of your brain. Or your child’s brain.

Since many people don’t talk openly about mental health disorders, you may not know whether your concern is warranted.

Psychologist Scott Bea, PsyD, sheds some light on this important topic: “Think of mental illness as you would any other family-linked health concern,” he says. “Do your best to become educated about the condition and symptoms so you can be on the lookout.”

One in five adults will experience a mental illness at some point each year. Scientists haven’t (yet) identified a mental illness gene. But there is evidence that if you have a biological family member with a diagnosed mental disorder such as depression and schizophrenia, your likelihood of having one increases.

That doesn’t mean if you have a parent with schizophrenia, you’ll also develop it — or that you’ll develop it with the same severity. Dr. Bea says environmental factors play a starring role in the development of mental illness.

“Since children’s brains are actively developing, childhood experiences — both positive and negative — are huge factors in determining if mental illness will affect you,” he says.

“Through early intervention, we can mold brains and even change the extent to which kids and young adults experience a mental health disorder now or in the future.”

The key to lessening the impact of a mental health disorder? Resiliency.

Because kids’ brains are malleable, Dr. Bea recommends building resiliency to help them deal with the emotions their thoughts cause. You may not be able to ward off a mental health diagnosis entirely, but you can lessen how severely a person will experience it.

He recommends parents or caregivers:

“A mental illness is not always the result of childhood experiences,” says Dr. Bea. “Some people have wonderful home environments and amazing caregivers but still experience a mental health disorder.”

If you are concerned about a child or loved one, talk to a doctor, especially if mental health disorders run in the family. Dr. Bea recommends intervening as quickly as possible.

“Once you have a diagnosis, act quickly, when psychotherapy or medications are most effective,” he says. “If you allow habits to develop, the brain circuits and grooves deepen, and it becomes more challenging to overcome.”

He also reminds us that the brain is the most complicated organ in the body. While we can form and mold it to a certain extent, we don’t have absolute control over it.

“No one should feel bad about having a mental illness,” he says. “Would you feel responsible if your spleen ruptured? You probably wouldn’t, because most bodily processes are beyond our control. We need to think about mental health the same way and erode the stigmas.”

What To Do When Someone With Alzheimer’s Disease Wanders

How To Pursue an Autism Diagnosis as an Adult

Everything You Need to Know About Sleep Drunkenness

7 Ways to Binge-Watch TV Without Harming Your Health

Tough Emotions After Your Stroke: 5 Tips 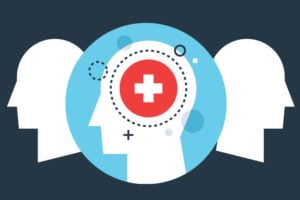 Does Mental Illness Run in Families?

If your sister and aunt both have a mental illness, will you have one, too? While having a family member with a mental health disorder puts you at higher risk for one, it doesn’t guarantee you (or your child) will develop one or have something as severe. Read on to get the facts.