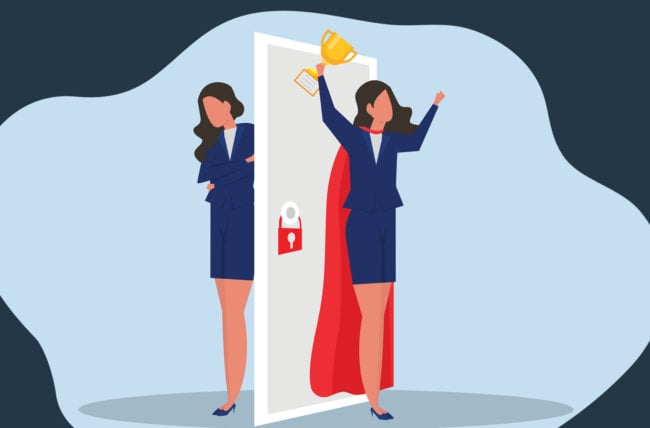 Have you ever felt like you’re not good enough to do the job you’ve been hired to do — and that your boss might figure it out at any moment? Or maybe you’ve felt like you’re only pretending to be an adult who’s capable of buying a home or raising a human being, even though everyone else you know has it totally figured out.

Spoiler alert: Most other people have felt this way, too!

No matter how much evidence there is that we’re successfully navigating our lives, jobs and relationships, many of us hold false beliefs that we aren’t actually as capable or smart as others think we are. This is called imposter syndrome, or imposter phenomenon.

It isn’t a diagnosis or a medical problem, but a pattern of thinking that can lead to self-doubt, negative self-talk and missed opportunities.

What is impostor syndrome?

“It’s the feeling that everyone else knows exactly what they’re doing, but you feel lost,” explains psychologist Susan Albers, PsyD. “You have this fear that the people around you are going to figure out that you don’t know what you’re talking about and expose you as a fraud.”

The worst part about imposter syndrome? It can easily turn into a cycle with seriously negative consequences. But recognizing it and having the tools to get past it can stop you from getting in your own way.

If you’ve ever felt like an imposter, you’re in good company. One study estimated that 7 in 10 adults experience it at some point or another.

“The original imposter syndrome study in the 1970s revolved around high-achieving women who had trouble attributing their own success to themselves. But when you fast forward to today, men, women and everybody experiences this phenomenon,” Dr. Albers says.

Interestingly, it’s often people who are hard workers, high achievers and perfectionists who are most likely to feel like frauds — including many doctors, lawyers, academics and celebrities. “Even Einstein once said that he thought his research got way more attention than he thought it deserved,” Dr. Albers says.

Symptoms of impostor syndrome include:

Imposter syndrome and its symptoms can manifest in many ways, including:

Feelings of self-doubt can stir up a lot of fear, anxiety and stress. Studies have suggested imposter syndrome can lead to a drop in job performance and job satisfaction while increasing burnout. It’s also been linked to anxiety and depression.

How to overcome impostor syndrome

Overcoming imposter syndrome starts with recognizing your own potential and taking ownership of your achievement. Dr. Albers offers these suggestions:

Chances are, you’ll feel imposter syndrome creeping in at some point in your life. “Be ready for those feelings, observe them, be mindful of them and be ready with a response,” Dr. Albers advises. Recognize that just because you think these things, doesn’t mean they’re true. “If your mind says, ‘I don’t know what I’m talking about,’ remind yourself that you know more than you think you do and are capable of learning.”

Take note of your accomplishments

In moments where you feel less than, it can be helpful to have a tangible reminder of your successes. When your manager sends you an email recognizing your excellent work on a project, save that email in a special folder. If your child makes you a card telling you what a great parent you are, hang it on the fridge where you’ll be able to see it — especially on a day when it feels like nothing’s going right.

Focus on measuring your own achievements instead of holding them up against others’. Comparing your own life to a carefully curated influencer’s social media feed, for example, is a trap for feeling like you don’t measure up.

Turn imposter syndrome on its head: Remember that smart, high-achieving people most often deal with imposter syndrome. So, the very fact that you recognize it in yourself says a lot about you. “True imposters don’t have this feeling,” Dr. Albers states. Let that be motivation to continue pushing forward.

Sometimes, a good chat with someone who knows you and supports you can help you realize that your imposter feelings are normal, but also irrational.

Talk to a therapist

A therapist can help you recognize feelings associated with imposter syndrome and create new behaviors to get past them. “Action really helps overcome this,” Dr. Albers says. “It’s about not getting stuck in the thought of ‘I can’t do this,’ but making sure that you take action and move forward.”

Self-doubt can be paralyzing. But now that you know how to recognize and deal with these feelings, you can make efforts to move forward instead of getting stuck in the imposter cycle.

Anxiety: 5 Signs That It’s a Problem for You

Signs You Have High-Functioning Anxiety

Life After a Heart Attack: Caring for Your Mental Health

Feminine Odor Problems? What Every Woman Needs to Know 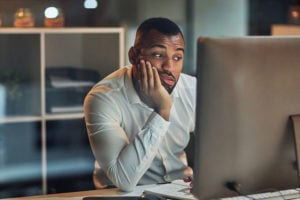 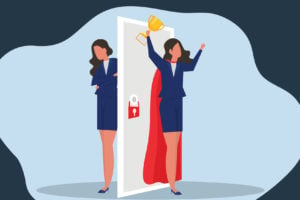 Impostor Syndrome: What It Is and How To Overcome It

Imposter syndrome is a pattern of self-doubt that can lead to anxiety, stress and missed opportunities. But recognizing it and having the tools to get past it can help you get out of your own way.