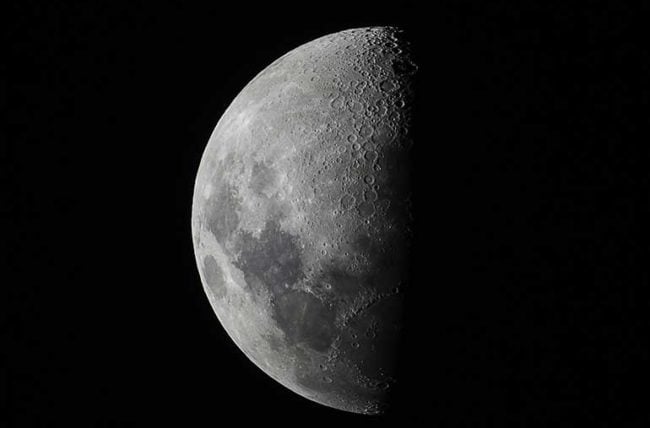 For centuries, the moon and how it affects human behavior has been at the center of mythology and folklore around the world. The very word “lunacy” dates back to the 15th century when it was believed the moon and its phases could make people become more or less aggressive, depending on its place in the lunar cycle.

In some cultures, the moon is revered and worshiped for its place among the stars. But then, of course, there are lesser stories that hold a darker tone — haunting tales of werewolves whose transformation is dependent on the full moon.

When you set aside superstitions and longstanding myths, is there any scientific truth behind the way the moon bewitches us? Psychologist Susan Albers, PsyD, walks us through some of the research that’s been done on lunar cycles — and why we may just be changing our behaviors based on independent psychological reasons, instead.

Can the moon affect your health and behavior?

All organisms conduct natural biological cycles for survival. When we talk about biological cycles, we probably most often think of our circadian rhythm — our bodies’ internal 24-hour sleep-wake cycle — and infradian rhythms (cycles that last longer than 24 hours) like the 28-day menstrual cycle or seasonal affective disorder (SAD).

All of these biological cycles change based on internal and external factors. And since our human bodies are made up of 55% to about 78% of water, there’s some reason to believe we, too, might be impacted by the moon, its light and its 27-day lunar cycle — especially when you consider the moon’s gravitational pull on the earth is powerful enough to affect the ocean tides.

Research has shown that several species have adapted some of their biological cycles to line up with the lunar cycle. The reproductive cycle of marine animals like tropical corals during full moon nights, annelid worms during the waxing moon and the emergence of midges at neap tides is evidence of this lunar connection. A comprehensive overview of research highlights the moon’s effects on biological processes across multiple species related to activity levels, feeding rituals, photosensitivity, migration, molting patterns and more. But what about humans?

“Any research that’s been done has been considered controversial, in part, because studies on humans are conflicting,” says Dr. Albers. “In most cases, when there’s been discussion of the moon’s effect on humans, it’s been anecdotal.”

Ask anyone about how a full moon affects our lives and you’ve probably heard stories about birth rates climbing, an increase in emergency room visits and an uptick in crime. As this review points out, there seems to be no correlation between the lunar cycle and those things. But, nothing happens in a vacuum. Some studies have shown a possible correlation between the moon and human activity. More research is needed in the following areas:

It’s long been believed that the moon can affect your mood. It’s certainly true that environmental factors can play a part in a person’s mood swings and act as a trigger for anxiety and depression, but it’s unclear exactly how (if at all) the lunar cycle affects our mood and mental health.

More research needs to be done, but what we do know is that the moon may have an impact on people with bipolar disorder. In a small study of 17 people, researchers learned that their patients cycled rapidly between states of depression and mania, and that these rapid cycles weren’t random but instead in sync with the lunar cycle. Though the exact mechanism that causes this is unknown, it’s believed that those quick changes in mood were caused by a disruption to their circadian rhythm and their sleep-wake cycle.

Does the moon affect our ability to sleep?

Melatonin is one of those hormones that is naturally released at night to calm your body down and prepare your body for sleep. When melatonin levels rise, serotonin — a “feel-good” hormone that plays a role in controlling our mood and appetite — decreases. And if you introduce things like artificial light and, say, bright light from a full moon, it may have an impact on your ability to fall asleep and stay asleep because we know artificial light impacts our sleep-wake cycle.

One reason why studying the link between the lunar cycle and our ability to sleep is difficult is because studies are in constant contradiction with each other. Many sleep studies are held in tightly controlled, well-lit laboratory settings, making some researchers question the accuracy of the results. Many researchers wonder if a person’s implicit bias about the moon’s effect on their lives may even skew some results.

For a 2013 study, researchers found a way around these nuances by revisiting data from an older study in which participants were not aware they would be evaluated for lunar influences. In that study, researchers discovered that around the full moon, people spent 30% less time in NREM sleep (deep sleep) and slept for 20 minutes less than when there wasn’t a full moon. These changes were also associated with decreased levels of melatonin.

Another study from 2021 compared the sleep patterns of three rural indigenous communities in Argentina to the sleep patterns of college students in Seattle. In all situations — regardless of geography or access to electricity — participants slept less and went to bed later in the days leading up to a full moon when there was more natural light available after dusk. Researchers hypothesized this is continued evidence that we have “an innate adaptation” from our ancestors who likely slept less and conducted more work and other activities whenever there was more natural light available.

Does the moon impact human reproduction?

Research into the reproductive cycles of fish and other marine animals has shown that some fish migrate and spawn according to the lunar cycle and that some species increase their activity during a full moon when the moonlight is brightest. But such measurements are not quite as clear when it comes to humans.

While we know there are many internal and external factors that can have an impact on human ovulation, pregnancy and delivery, more research needs to be done to determine the exact effect the lunar cycle may have on birth rates because studies are — you guessed it — conflicting.

An examination of 1,507 births at a hospital in Fukutsu, Japan, between January 1996 and March 2007 revealed there were a higher number of births at night around the time of a full moon and a higher number of births during the day around the time of a new moon. But a separate study of 23,689 births from 1810 to 1929 revealed no pattern or correlation between the lunar cycle and frequency of births.

If you believe something will happen, it might come true

Regardless of contradiction and the lack of evidence supporting the exact mechanism behind the moon’s effect on humans, there’s no doubt that beliefs are longstanding that there exists a link between the two. This may be, in part, because we hold so tightly to that belief — and in many cases — if you believe something to be true, it is true, even if it’s to our own detriment.

The power of belief looms large in folklore, mythology and religion.

And scientifically, the power of belief has been shown to have a direct impact on our physical, mental and emotional health. Researchers are still trying to understand why and how this happens. Here are a few common examples:

We often put two and two together even when we know they have nothing in common, and this subconscious way of thinking is called illusory correlation. Most often, we choose to assume something is a certain way based on our own personal experiences and biases. We then mistake our own personal experiences as all the evidence we need. We see this play out when we uphold stereotypes of certain people and places, or subscribe to superstitions and beliefs around luck.

“In the same way, we can even hinge our own personal experiences on something as simple as the moon,” says Dr. Albers.

Closely related in theory but different from illusory correlation, the placebo effect occurs when a person’s physical or mental health improves or changes after taking a false form of treatment. We see this most often in clinical trials when someone receives sugar pills or saline and water injections and they experience improvement in their condition even though they didn’t receive an actual treatment. This likely happens because of your brain’s ability to expect a certain outcome and release certain hormones based on that expectation.

“The placebo effect is fascinating because it can have a profound and powerful effect on behavior,” says Dr. Albers. “Studies on the placebo effect indicate that what you think or believe to be true can have a dramatic impact on the outcome and it shouldn’t be ignored when examining cause and effect.”

If you wake up on the wrong side of the bed and think, ‘Today is going to be a bad day,’ chances are you’ll have a bad day, but not because you’re doomed or cursed — because you’re setting yourself up for failure. These self-fulfilling prophecies happen because you tend to be hyperfocused on one outcome or one certainty and avoidant of others. If you’re only focused on the negative, negative things will far outweigh the positive, and vice versa. When this happens, everything — from your emotions, mood and mental health to your body’s physical responses and reactions — could be impacted. A better example is that if you’re told enough times that your treatment will be effective in helping your chronic condition, and you believe in it enough, your actions (like following through on the treatment, eating better and being more active) will help make that outcome a reality.

“If you think a full moon will trigger you to be more irritable, it’s likely that you will expect to be more on edge and act accordingly,” says Dr. Albers. “You might say to yourself, ‘It’s the full moon, of course I am going to have a rough day.’ And you will likely give yourself more liberty to act out. Essentially, your thoughts impact your actions.”

The power of daily affirmations and negative self-talk

The same is true for daily affirmations and negative self-talk. If you’re in a continuous rut, perpetuating negative self-talk will dig you into a deeper hole. Being kind to yourself, being patient and finding small ways to improve your condition and how you respond to things can have a huge impact. And relying on meditative practices that include positive thinking can have a really powerful effect, too. This may even be true when you hang your hopes on the moon.

“Time and again, studies have shown that the power of your thoughts to impact your behavior is profound. This is why it’s important to work daily on maintaining a positive mindset and keep your thoughts optimistic and upbeat,” says Dr. Albers. “Be mindful of where you want your thoughts to lead you. The quality of your thoughts can be a game changer because they can determine your actions and habits in the long run.”

Does Your Period Really Sync With Close Friends’?

CBD Oil — Are the Benefits Claimed Too Good To Be True?

Why Light at Night Can Interfere With Your Sleep

6 Foods That Help You Sleep 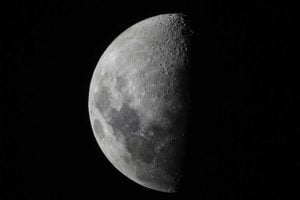 Does the Moon Affect Humans?

The moon and its lunar cycles can impact your mental health, mood and sleep — but for different reasons than you may think. A psychologist weighs in on what’s really happening with the moon.