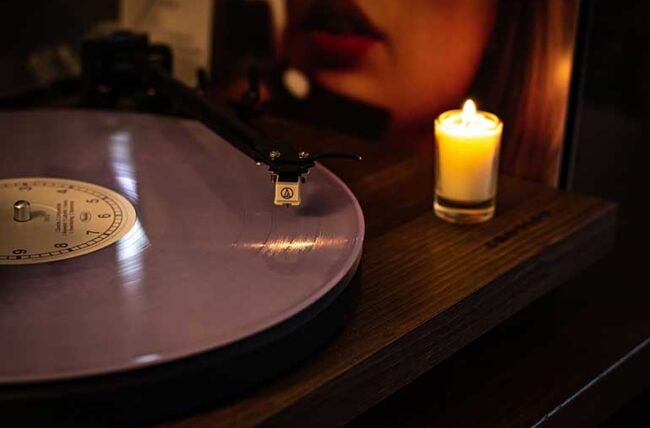 When we hear that someone is a narcissist, we often imagine them as being overly assertive and outwardly aggressive. In an effort to proclaim they are, in fact, the most important person in the room, a narcissist might bulldoze over healthy boundaries and exhibit a sense of entitlement.

While this may be true for a lot of people with narcissistic personality disorder (NPD), there are others who fly a bit under the radar when it comes to their self-importance.

This introvertive form of narcissism, called covert narcissism, may cause people to be more sensitive to criticism, have difficulty fitting in and become self-deprecating in an attempt to garner attention from others. Covert narcissists may also be more prone to social anxiety, passive-aggressive behavior and exacting revenge on others when they’re backed into a corner.

Does any of this sound familiar? Before you start beating yourself up like you’re some monster on a hill, psychologist Susan Albers, PsyD, explains how to cope with covert narcissism and how it’s different from the typical narcissism we’ve come to expect.

What is covert narcissism?

There are two kinds of narcissism. Overt narcissism is what we tend to think of as the standard textbook definition of NPD. An overt narcissist comes off as self-absorbed, vain and outwardly expressive about their self-importance but tends to feel insecure, less-than and inadequate on the inside.

Covert narcissism (also known as vulnerable narcissism) is the more introverted side of NPD. A covert narcissist experiences the same insecurities as an overt narcissist, but internalizes their self-importance, often while hyper-focusing on their need for attention.

While they share similar traits with one another, the difference between overt and covert narcissism is all in how a person shows up and how they express those traits.

“Overt narcissists walk into the room and you immediately feel these narcissistic traits. They’re loud. They’re aggressive. They’re very big in their presentation,” explains Dr. Albers. “Covert narcissists, though, are people who fly under the radar. Even if you’ve been in a relationship with someone for years, their covert narcissism may be so subtle that you’re not even aware of it for a very long time.”

If you don’t know a covert narcissist has a problem, you may not know how to manage or maintain the relationship with that person — and for the covert narcissist, it’s even more difficult to be aware of anything negative happening.

“Covert narcissists really don’t feel like they’re doing anything wrong,” says Dr. Albers. “They often feel like they are misunderstood by other people.”

Like overt narcissism, covert narcissism may have roots in genetics, childhood trauma and learned behavior picked up from parents or other caregivers.

“People often have the misconception that narcissists are being mean just to be mean, but that’s not quite what’s happening,” says Dr. Albers. “Covert narcissists do struggle a lot and it comes from a place of feeling very alone and very bad about themselves. But they’re trying to have their needs met by doing unhealthy things.”

Some telling traits associated with NPD include:

Narcissists have a hard time responding to criticism, even when they’re in the wrong. But while an overt narcissist might come off as combative, a covert narcissist will be defensive.

“Covert narcissists don’t want to feel humiliated or mocked, so they tend to turn criticism around and defend against it quite quickly,” says Dr. Albers. “With covert narcissists, back-handed statements and insults are more common even though they’re subtle.”

A lack of empathy makes it hard for someone with covert narcissism to step into other people’s shoes. When you’re constantly analyzing or critiquing your own self-image, it can be hard to connect with other people in genuine ways. In some cases, you may appear hyper-focused on your own needs and wants, while at times, disregarding the needs of others. And you may even experience increased social anxiety because you want to be loved and appreciated while also being understood.

“I don’t think people ever really get to know them truly,” states Dr. Albers. “They often won’t show people their true selves, and I think it’s hard for them to connect socially because they’re not being very genuine in their social circles.”

Instead of real-world relationships, covert narcissists may find more appreciation and understanding in their online social media use where they can craft their profiles to better suit their own self-image and curate a host of likes and followers.

But more specifically, covert narcissists tend to rely on self-deprecation and negative self-talk as a means of getting sympathy and attention from others. If you say out loud, “Wow, I look horrible today,” others may come rushing in with positive compliments about how you don’t look that bad. If you tend to say things like, “I’m such a loser,” or “I’m such an idiot,” others will quickly step in to oppose those negative comments and come to your rescue. And those feeling of support and admiration, however sincere or surface-level, may feel like a boon to your self-esteem.

“Covert narcissists get their attention in very subtle and sneaky ways, and they often may not even know that they’re doing this,” says Dr. Albers.

Difficulty with depression and anxiety

“The overt narcissist would be hidden about their anxiety and depression because they don’t want that to be seen by others, but the covert narcissist may be more willing to share that information with people because it gives them a chance to get sympathy from others,” Dr. Albers explains.

“You really have to be vulnerable to get to a place where you can share that information with other people,” says Dr. Albers. “It may take a lot of time or trust for them to let even a little bit of that through the outward mask they’re wearing.”

In fact, one study suggests that people who had high scores for covert narcissism were more likely to frequently suppress their emotions even though they had higher associations with depressive symptoms and anhedonia (inability to feel pleasure).

“Covert narcissists appear much more humble about their self-importance, but they still crave that admiration and attention,” states Dr. Albers. “They use a lot of softer tactics to get that kind of attention and reassurance of their talents, skills or accomplishments.”

For example: If you cook dinner for someone, you may be eagerly awaiting compliments or gratitude for putting forth so much effort into the thoughtful act of cooking. When you don’t receive those compliments, you may end up feeling inadequate or underappreciated.

Going above and beyond

Covert narcissism is often disguised as altruism — and that’s not just a throw-away line from Taylor Swift’s song, “Anti-Hero.” When you go out of your way to do good things for other people — from small acts of charity to donating your time and money toward a cause you believe in or fiercely defending others who can’t defend themselves — it can be a good thing.

But when you consider someone’s motivation behind those acts of service, the covert narcissist may be doing those things for praise, admiration or just to get ahead in life. Plus, it’s easy for a covert narcissist to burn themselves out by over-extending themselves for other people in an effort to be perceived as a good person.

“Instead of coming from a genuine place of wanting to help, they may be doing these things to seek attention and gratitude and appear as a really great person,” says Dr. Albers.

Calling out covert narcissism can be difficult, but it starts with being mindful of behavioral patterns and paying attention to that gut feeling you have when something feels a little off.

“The covert narcissist often wants to explain away their actions or dismiss it by giving themselves an out,” notes Dr. Albers. “They may say they were just having a bad day or that’s not really who they are. When you see this kind of mask slip and the narcissistic rage comes out, pay attention to that and see if there’s a pattern of that behavior.”

When called out, someone may respond by exhibiting more harmful behaviors like passive aggression or gaslighting. This may be because low self-esteem is often the reason for these behaviors, as one study highlighted when looking at the connection between cyberbullying and covert narcissism.

To deal with different perceptions of what’s happening, it might be good to keep a journal of when issues or incidents arise and how they’re resolved, so you feel grounded in what you know.

Setting up healthy boundaries about what you can and can’t put up with is also important because your needs have to be met just as much as other people around you.

“Make sure the narcissist doesn’t shut down your voice because you deserve to be heard,” encourages Dr. Albers. “If you’re getting too sucked in and it’s affecting you emotionally, then you might need to take a step back.”

In many cases, it can be helpful for friends and family members of covert narcissists to seek therapy for themselves so they have tools for unwinding the details of what’s happening when situations get complex or confusing.

“Working with a therapist is important because they can help you set those limits and the boundaries you need,” says Dr. Albers. “Getting a different person’s professional opinion can help you understand what’s going on.”

You may need to step back completely and cut off contact with someone in more extreme cases where you feel unsafe or uncomfortable approaching another person about their actions and behavior.

“That can be really hard if it’s someone who’s really important to you, but if it becomes emotionally or physically abusive, you have to protect yourself,” she adds.

For the covert narcissist, cognitive behavioral therapy may be the best resource, as a therapist can help you figure out what’s triggering your negative responses, the underlying causes of those behaviors and how to use healthy coping strategies when you feel threatened, inadequate, depressed or anxious. They can also help you find ways to boost your self-esteem and strengthen your belief in your self-worth.

In truth, we all have various kinds of insecurities, but we don’t have to let those insecurities control the way we think about ourselves and the world around us. If you feel lost about who you are as a person and where you are in life right now, there’s a way to get back on the path toward feeling more like your true self.

“If you are concerned that you may be causing a problem in these scenarios, a therapist can help you feel more at home with yourself and figure out why you rely on certain negative behaviors,” says Dr. Albers.

The Best Acne Treatments for Teens

How To Stop Procrastinating

10 Signs You’re in a Codependent Relationship, and What To Do About It

Can’t Stop Picking Your Skin? How to Break the Cycle 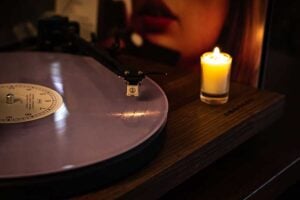 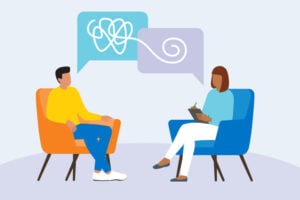 What Is Covert Narcissism?