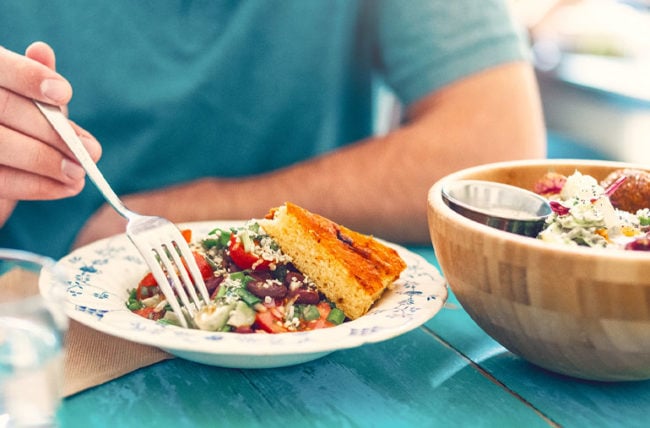 Veganism may seem like the pinnacle of clean eating. The ultimate health-food diet. The top of the top, nutrition-wise.

“Just because it’s vegan does not mean it’s healthy.” That’s right. You can eat vegan and STILL be eating junk food.

Whether your favorite influencer has piqued your interest or you’re looking to boost your health, dietitian Julia Zumpano, RD explains the ins and outs of adopting a healthy vegan lifestyle.

What is a vegan diet?

A vegan diet means you don’t consume anything that comes from animals, including:

“Some eat vegan food to protect the rights of animals, which is why some people may not consume honey and similar products that come from living things,” notes Zumpano. “And while a vegan diet is often associated with a healthier lifestyle, that’s only true when it’s based on whole, plant-based foods.”

Is it healthier to be vegan?

Other health benefits of plant-based diets include:

The potential risks involved with eating a vegan diet

If you’re going to go vegan, keep one main thing in mind. There is actually a right — and wrong — way to do it.

A vegan junk food diet still respects animals — but it often replaces them with processed vegan foods. “Most fast food or restaurant vegan burgers can have the same number of calories and fat as a traditional hamburger. Potato chips and vegan baked goods exist, but that doesn’t make them healthy,” explains Zumpano. “The health benefits come when you don’t eat anything that walks — or comes in a box, bag or can.”

But before you run away from your computer screaming, that doesn’t mean you can’t indulge. “Everything is OK on occasion. On Thanksgiving, you don’t want to have to sit there twiddling your thumbs,” says Zumpano. “Enjoy that piece of vegan cheesecake. It’s the same as having a regular piece of cheesecake. Just keep within your overall health and diet goals.”

How to become a vegan

To go vegan, Zumpano recommends starting slowly with this path to veganism (shoot for one to two weeks for each step):

“I like to do it in a step-by-step process because it’s an easier transition. You always have something to fall back on instead of getting rid of too much, too soon,” she adds. “A vegan diet is tough on convenience. But once you have your essential pantry items and a good routine, it’s less of a challenge.”

Zumpano also emphasizes that everyone is different. “Some people may prefer doing it cold turkey. Or you could start by including a couple of meatless meals into your week to replace red meat. The key is building a foundation of good meatless recipes and meals to make the transition easier.”

Your ultimate vegan food list: How to make sure you’re getting the nutrients you need

To make sure you’re getting your nutritional needs met, Zumpano says it’s important to proactively add plant sources of those nutrients to your diet.

To do this, Zumpano recommends eating:

Protein is critical for growth and cellular repair. Good plant-based sources include:

Be sure to check nutrition facts and ingredients for calcium, vitamin D and protein for these can vary greatly based on type and brand.

Other calcium-rich choices include:

Vegan sources of B vitamins

Since you can’t get vitamin B12 from plant sources, try:

There are two kinds of iron:

Great plant sources of iron include:

Omega-3 fats are important for heart health and eye and brain development. Eat these vegan alternatives to get your daily dose:

Ready for the ultimate vegan treat? Give chia seed pudding a try. “You add blended dates or figs for some extra sweetness and an iron boost,” says Zumpano. “Eating a plant-based diet requires planning, but you have a lot of choices to meet all your nutrient needs. You may just have to take a step out of the norm to get them.”

How to Start Eating Vegetarian for Better Heart Health

What You Should Know About Plant-Based Diets

Hemp Protein: What To Know

Can You Safely Have a Vegetarian Pregnancy? 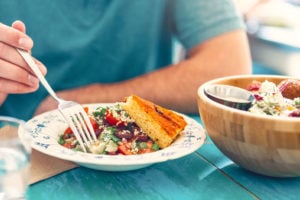 Learn how to go vegan, the benefits of a vegan diet and how to avoid the potential risks. Plus, get the ultimate vegan food list to cover your health needs.